Spanish police have fired rubber bullets during a second night of violent protests over the arrest of a famous rapper who insulted the monarchy.

Demonstrators have been seen throwing objects at police, setting bins on fire, and using overturned motorbikes to block streets in Madrid, Barcelona and other cities.

Many shop windows have been smashed in the chaos. 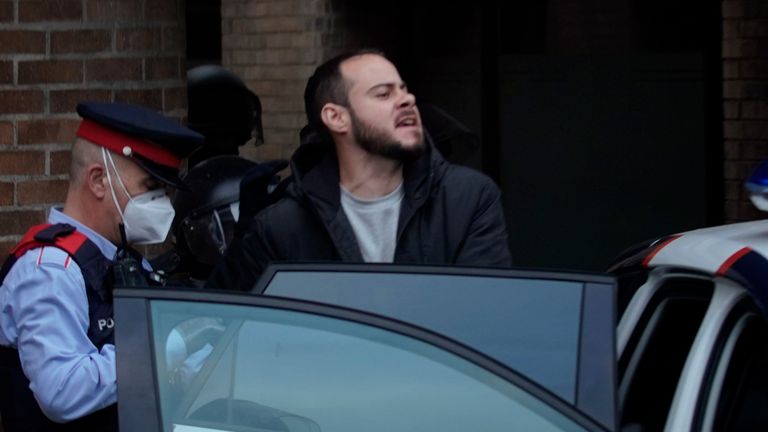 The protests broke out on Tuesday after the rapper Pablo Hasel was arrested by anti-riot police following a 24-hour stand-off.

Hasel had barricaded himself in a university with dozens of supporters to avoid prison over what he calls an issue of free speech. 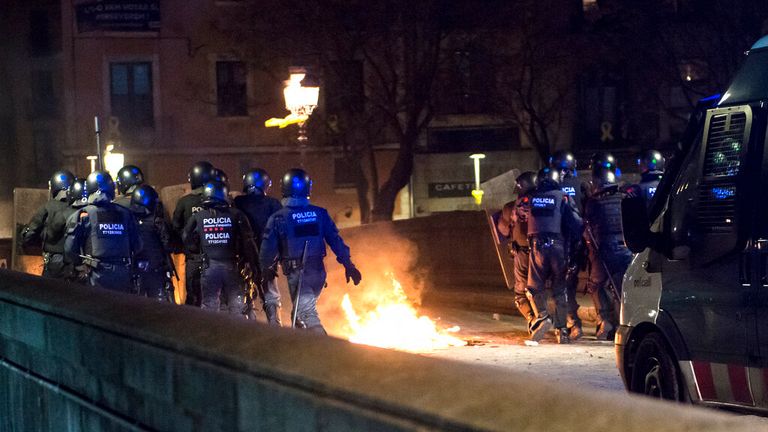 He was taken to prison to serve a nine-month sentence for insulting the monarchy and glorifying terrorism in a song about former King Juan Carlos I and in 64 tweets several years ago.

Hasel’s legal situation has drawn considerable public attention, with performers, celebrities and politicians demanding a change in the law he was convicted of violating.

Amnesty International said the case was the latest in a string of artists and social media personalities being put on trial for violating Spain’s 2015 Public Security Law, which was enacted by a previous conservative-led government. 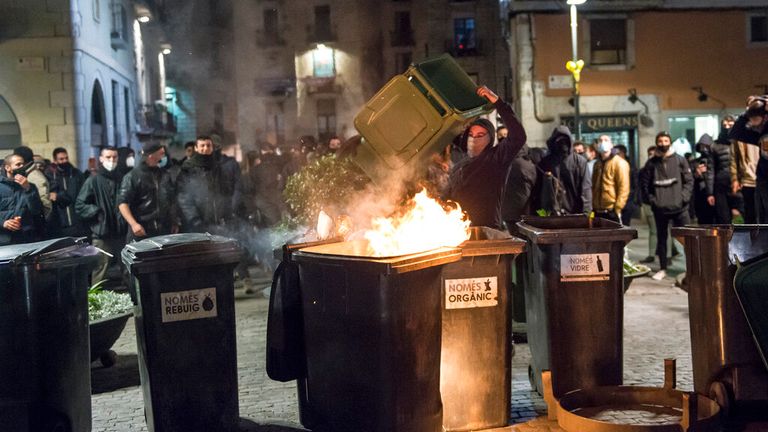 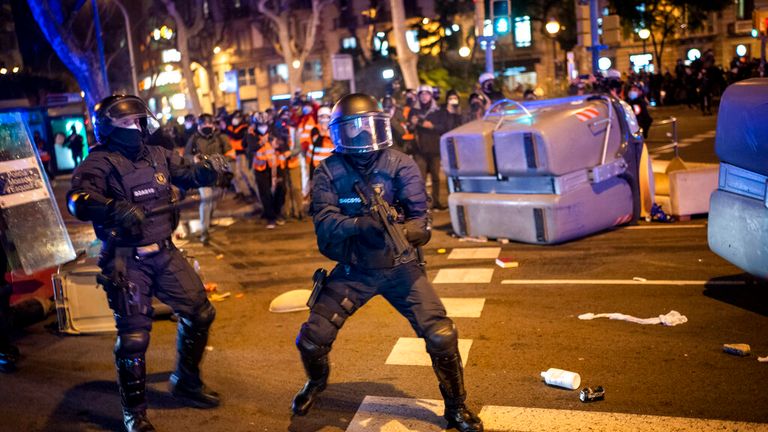 Eighteen people were arrested on Tuesday after violence first broke out, principally in Barcelona and other parts of northeastern Catalonia. 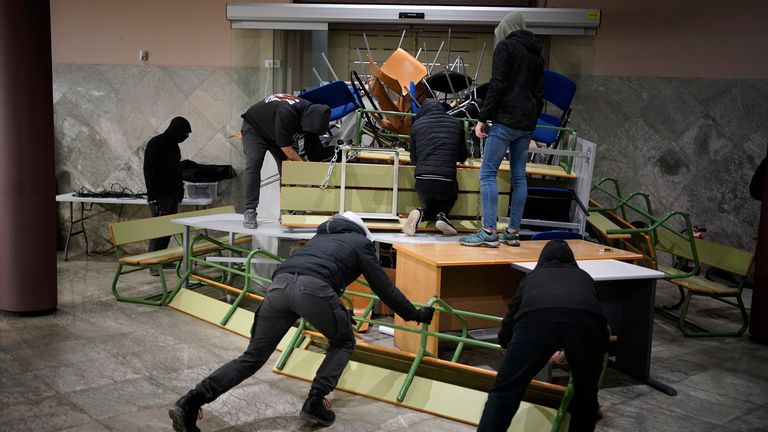 One woman lost an eye after reportedly being hit by a police rubber bullet on Tuesday in Barcelona, officials said.

Police said around 55 people, both officers and protesters, were treated for their injuries.