People across Britain have been leaving tributes in the form of Paddington teddy bears and marmalade sandwiches, Paddington’s signature snack, in memory of the Queen. The memorial gifts are a reference to a video sketch made in celebration of the Queen’s Platinum Jubilee earlier this year in which Paddington Bear and Her Majesty have afternoon tea at Buckingham Palace.

Royal Parks have announced that any Paddington teddy bears left in honour of the Queen will now be stored.

Royal Parks is a charity in charge of overseeing royal parks in London that once belonged to the Royal Family and is in charge of the memorial area of Green Park located near Buckingham Palace.

In a statement to the MailOnline, Royal Parks said they would collect all teddies and artefacts and decide on what to do with them with “discretion and sensitivity”.

Organisers are still asking people to only bring flowers not wrapped in any plastic, however, cards are acceptable and will also be stored later. 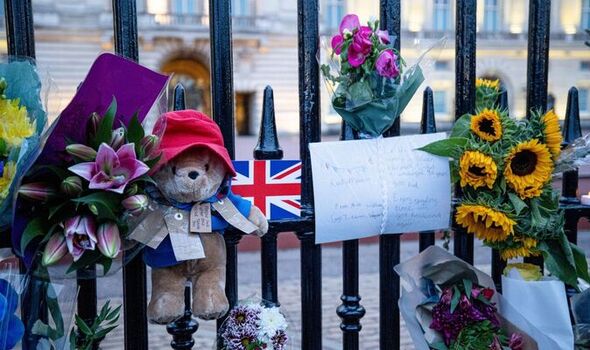 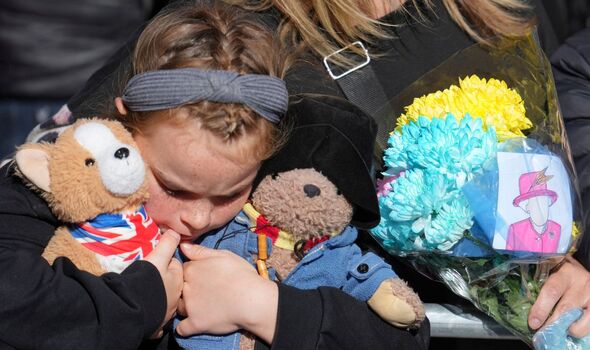 The announcement comes after the organisation asked people to stop leaving “non-floral objects” yesterday, as toys, balloons and other plastics are bad for the environment.

Michael Bond, the writer of the Paddington Bear books, died in 2017, but his daughter has said she was “sad” to learn that mourners have been asked to stop leaving the teddy bears but her father would have been “overwhelmed” to see his creation being used to honour the Queen.

She said: “I think it is sad but on the other hand I can understand that it’s difficult because there are so many of them.

“It is very lovely but there are so many of them. I’m quite sure that charities could benefit from collecting them but someone has got to go and do it.” 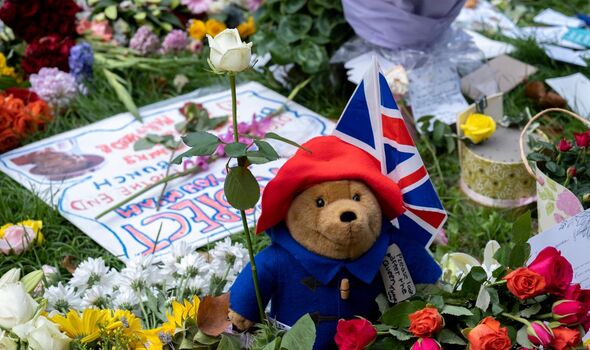 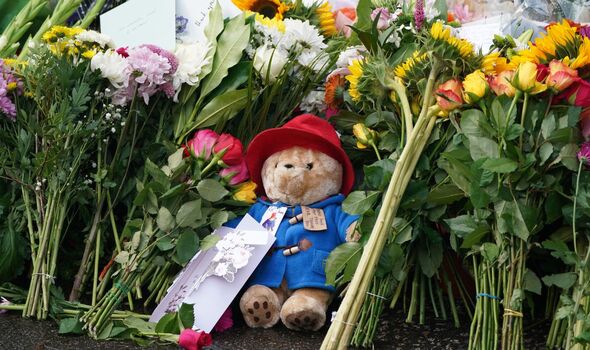 The Royal Parks has said it would not “stop” British mourners from leaving teddy bears but would encourage people not to for “reasons of sustainability”.

Security teams have also encouraged those wishing to pay respects to the Queen to leave marmalade in jars rather than leaving sandwiches, as it is easier to clear away.

The fate of the Paddington teddy bears is currently unknown, but there have been suggestions to give them to charities, nurseries or children’s hospital wings.

Flowers left at the memorial site will be left “seven to 14 days” after the Queen’s funeral next Monday, September 19, and then will be taken to be used as compost in different projects for the Royal Parks. 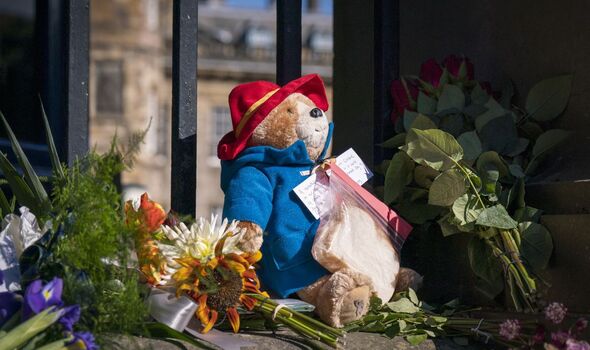 People across Britain are leaving Paddington Bear toys and sandwiches in reference to a video sketch the Queen participated in earlier this year to celebrate 70 years on the throne.

In the comedy sketch, the Queen has afternoon tea with Paddington Bear but he rudely drinks all the tea but then offers Her Majesty one of his marmalade sandwiches, known to be the character’s favourite snack.

The Queen replies that she always keeps a marmalade sandwich in her handbag “for later”.

People have been using Paddington bear as a symbol of mourning, and a little girl even gifted Prince William a Paddington teddy on Sunday.

The new Prince of Wales accepted the toy and replied: “I might give it to George. Thank you very much.”