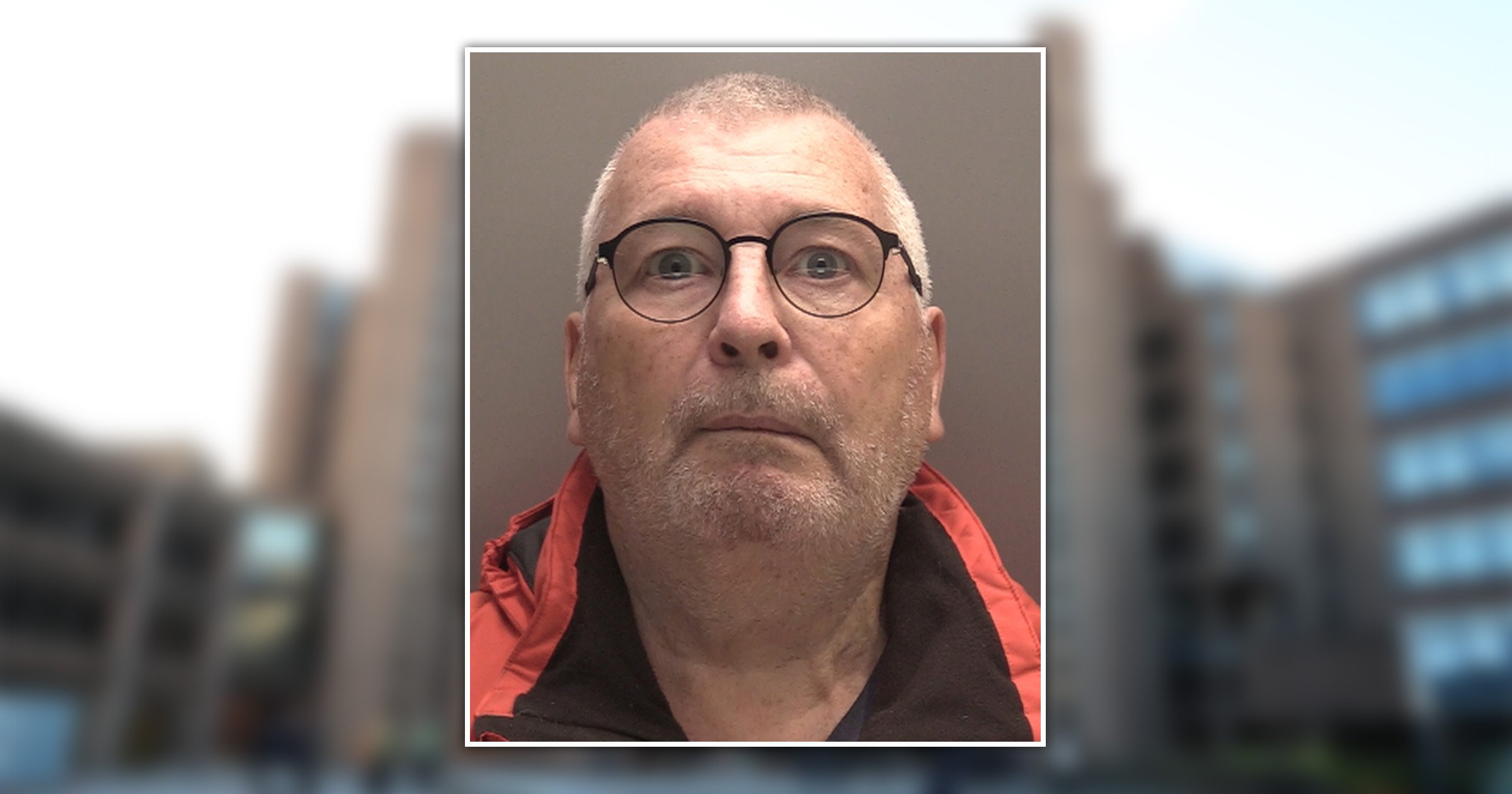 A paedophile tried to get away with his crimes by claiming his own son owned a device on which police found indecent videos of children.

William Rumsby, 71, had previously been convicted of having abuse images and sentenced in December 2016.

But he went back onto the dark web in order to collect even more – and installed software on his computer in a bid to cover his tracks.

He then told a ‘series of lies’ when police caught him, claiming a tablet computer belonged to his son and he didn’t know the passcode.

Liverpool Crown Court heard yesterday that the pensioner was given a four-month suspended prison sentence and a seven-year sexual harm prevention order (SHPO) after being previously convicted of possessing and making indecent images of children.

It meant he was subject a number of restrictions – including requiring him to notify the authorities of any owned devices capable of accessing the internet, not deleting the history of websites viewed and granting access to the equipment when requested by an officer.

When Merseyside Police visited his home on Saunders Avenue in Prescot on November 2 last year, Rumsby initially claimed he ‘wasn’t aware’ of the order.. His mobile phone was checked, but no suspicious items were discovered.

The detectives then asked to look at a Samsung tablet which was in a holder in front of the chair he was sitting in.

Rumsby claimed it ‘didn’t belong to him and couldn’t be checked’, saying that it was his son’s and he didn’t have the code to unlock it and refusing to provide son’s contact details.

However, records showed that he had registered the tablet with the force in November 2020 under the terms of his SHPO.

Rumsby was found to have installed software such as VPNs and browsers capable of accessing the dark web which ‘allowed encrypted end to end communications’, as well as enabling a user’s anonymity and the internet history to be wiped or not recorded.

Christopher Hopkins, prosecuting, said: ‘Whatever had been looked at, viewed or downloaded, it’s extremely likely there would be no evidence of it.’

Despite this, four category A indecent images – materials showing the most serious forms of abuse – were located on the device.

Two of these were videos of around 13 minutes in length which showed ‘young male children who appeared to be of pre-teen age’ engaged in sexual acts.

David Woods, defending, told the court that his client has issues with alcohol.

He said: ‘The court will be concerned that those who look at these sorts of items on the internet may also allow their demons to cause them to offend in a live manner against vulnerable children. There has been nothing in his history to suggest any movement towards that sort of behaviour.

‘He is a man who has been in trauma for much of his life as a result of events from his own childhood. For a number of years, he has been rather isolated.

‘He is an old man now. He is not in contact with his family or in a relationship.

‘He is living alone. He did have a friend he could talk to about his issues, but that friend sadly died and he became more isolated.

‘Once inebriated, his behaviour sometimes changes and makes him less inhibited – he is concerned about it. He has taken opportunities to get help and support.’

Sentencing, Judge Denis Watson QC said: ‘When the police officers came to check on you, you told a series of lies.

‘This is not the first time you have committed this sort of offence. I take into account your alcohol difficulties and the fact there does seem to be some insight and awareness into the issues and demons you are dealing with.’

Rumsby was handed a new 10-year SHPO banning him from contact with children, as well as a notification requirement lasting the same period. Judge Watson ordered the forfeiture of the tablet computer and told the defendant to pay a victim surcharge.