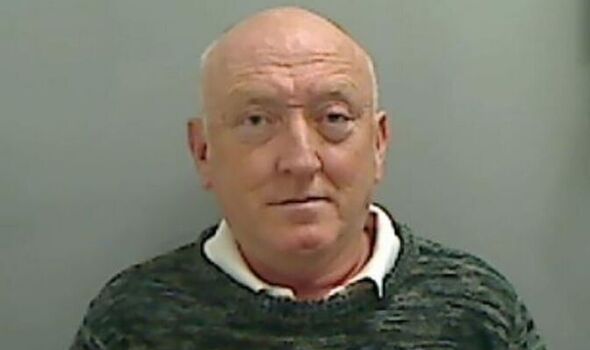 A warped dad performed a grotesque dance which involved exposing himself to two 15-year-old girls live on a webcam.

Paul Evans, 53, then promised the girls thousands of pounds each if they showed him their bodies. A court heard Evans offered them more money to touch each other, but the youngsters refused.

The pervert got his “own sexual gratification” out of the behaviour and was jailed for two years and six months last week at Teesside Crown Court.

The judge was told Evans began talking to the girls on a website which allows users to meet up using a live webcam chat, in August 2019, reports Teesside Live.

Jenny Haigh, prosecuting, said: “He never had any intention of giving them any money. He was exploiting them for his own sexual gratification. They were children – they were naive.

“When the girls did start to show Evans their bodies on the webcam, he told them they’d, ‘just earned four grand each’.”

The two girls were online together in a bedroom when Evans – who has been with his partner for 25-years and has a grown-up daughter performed the sick dance. He told them he was an “alpha male” and he showed the two girls his price list which included a £10 payment per minute they spoke to him online; and £1,000 each to see them naked.

If the girls kissed each other, Evans said they would get an extra £40. Ms Haigh said that during the two nights that Evans “groomed the children” he told them he’d deposit their earnings via Western Union and that he would give them a pin number so they could collect their cash.

Ms Haigh told the court that Evans then later sent them a photograph of his view from a plane – he said he was flying down to London, from Teesside, but that security wouldn’t let him through the destination airport because he had, “two massive envelopes of cash.”

Evans was arrested on September 10, 2019, and he admitted that he had chatted to the girls online and performed the “willy dance” but that he thought they were both 18. Police reported that both girls found it hard to accept that they weren’t getting paid, and that they had been scammed.

Evans, of Middlesbrough, Teesside, pleaded guilty to two counts of causing the sexual exploitation of a child aged 13-17. He has 14 previous convictions including indecent assault 27 years ago; and harassment and exposure 13 years ago.

Victoria Swain-Smith, defending, sad that police investigating online sexual exploitation, came across this case. Ms Swain-Smith said that her client suffers from depression, anxiety and emotionally unstable personality disorder, and that he is also an alcoholic: “He suffers from memory impairment – he didn’t attend one of his court hearings hearing because he was in hospital due to apparent early signs of dementia.”

Evans was supposed to be sentenced at a previous date, but fled court sparking a police appeal to find him. Ms Swain-Smith had said:

“He went outside to get some fresh air and left. He checked into a nearby hotel for some rest. He had no medication, no phone or house keys. He’d left everything in his bag which was with his family who were waiting in court.”