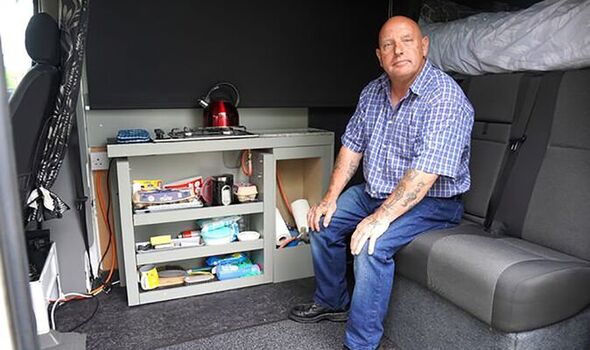 Kevin Greenwood also filmed a girl of primary school age with a hidden camera, then took photos of her fully-clothed, while she slept. More than 500 illegal images of pre-teenage girls and younger children were later found on Kevin’s two phones. When his sick crimes became public knowledge, angry neighbours shouted at Greenwood on the street and he became too scared to leave his home in Brotton, near Middlesbrough.

Greenwood’s jail sentence was suspended last month and so he decided he sell his home and live isolated in a camper van. He accepted less than £30,000 for the terraced property from an estate agent, £20,000 under its value.

The paedophile took all his possessions to the tip, and moved into a Travelodge with just a few clothes.

Speaking before sentencing at Teesside Crown Court, Greenwood is quoted as saying: “I just want to go to prison. I know I’ve messed up, I know what I’ve done is disgusting, that’s why everyone hates me. I told me boss I quit, that I’d done something wrong and I couldn’t work for him anymore.

“My family want nothing to do with me and I deserve it. When I took my furniture to the tip, the man asked what I was doing. I told him I was throwing all my things away, and people swarmed around to take my furniture and electricals.”

The court had heard how the pervert was spotted filming teenage girls ordering at a counter at a cafe, Teesside Live reports. He was spotted by members of the public and police were called to the eatery in Middlesbrough. 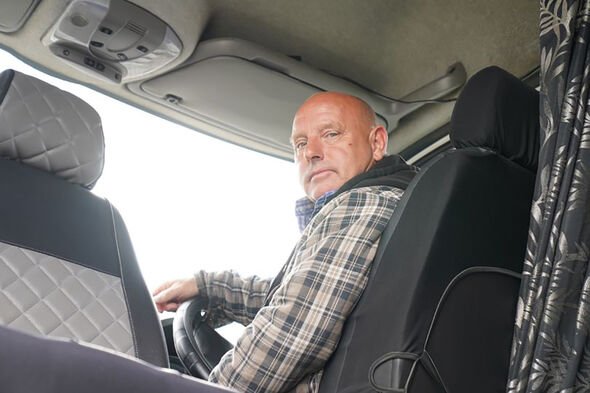 He deleted those pictures but, during questioning at the police station, admitted to several other crimes, including watching very young girls being sexually abused on a Russian website.

He told officers: “I know I’m disgusting, I know I have a problem and I want to go to prison.”

Although a judge said Greenwood was guilty of “an invasion of privacy”, he was spared immediate jail and so he bought the camper van.

Speaking from the vehicle at a remote location in the Yorkshire Moors, the former HGV driver said: “I know I deserve it, I get it that no one wants anything to do with me. I don’t feel sorry for myself because I did this.

“I can’t blame my childhood, it was alright. I don’t know why I’m like this. I’m disgusted with myself.

“I don’t know what to do; where to go, I can’t stay around Middlesbrough, there are people wanting to do me in. I’ve lost everything but like I say, I don’t do self-pity, I know I deserve it.

“Perhaps prison would have been better.”

Greenwood now hunts for places to get himself washed and get his laundry done every few days.

Greenwood has also been made subject to an order that he be punished and educated about his offending through completing the Horizon course. Like all sex offenders, he is subject to notification requirements, meaning he must tell police where he is living.

His online activity is restricted and he cannot have any unsupervised contact with children.

The man’s family has understandably disowned him, and he needs to get back to work before his savings run out. However, the Horizon course involves two half-days of attendance each week which he thinks would be difficult to work around a job and fears his criminal record for such disgusting offences may stop him from getting a job anyway.

He claims he will never offend again – he says he’s realised he’s lost everything and that he’s disgusted by what he’s done.

The Ministry of Justice has accredited a number of courses for criminals who can be punished and rehabilitated, in the community – for those that are not sent to prison.

They say the Horizon course, that Kevin will attend as part of his suspended sentence requirement, is designed for medium and above-risk adult men who have been convicted of a sexual offence. “It supports participants to develop optimism, and skills to strengthen their pro-social identity and plan for a life free of offending,” says the Ministry of Justice website.

Low-level offenders, those whose risk to the public can be managed in the community, and those who can be rehabilitated are punished in the community. This is thought to be more effective than short prison sentences which can result in children going through the trauma of a parent suddenly going away; or a family losing their home when a sentence of a few months means the rent can’t be paid.