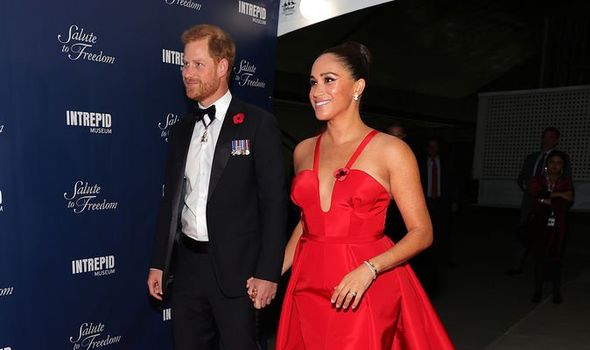 There is sensitivity inside The Firm over how it emerged in January last year that the Duke and Duchess of Sussex intended to reside initially in Canada and were considering giving up their royal roles.

This is said to be part of the unprecedented worry shown by senior officials over the two-part BBC Two series called The Princes and The Press.

Buckingham Palace, Clarence House and Kensington Palace took the rare step of issuing a joint statement condemning the series – but they did not stipulate what exactly they were criticising in the first episode, which aired on Monday night.

The three Royal Households said: “A free, responsible and open press is of vital importance to a healthy democracy.

“However, too often it is overblown and unfounded claims from unnamed sources that are presented as facts and it is disappointing when anyone, including the BBC, gives them credibility.”

It is unclear what they are referring to, especially as they were not given advance copies of the series, though it is understood the Beeb did put questions to them.

The programme, presented by the BBC’s media editor Amol Rajan, included suggestions that courtiers leaked negative stories about Meghan, 40, and that there was competitiveness between the Royal Households.

But officials are thought to be more concerned about what will be aired in the second episode next Monday, which is expected to explore the rift between William, 39, and Harry, 37.

This, along with a scandal over Prince Andrew’s friendship with the paedophile Jeffrey Epstein, has cast a shadow over the past two years on the Queen’s reign.

Senior officials are said to be worried it will include claims the brothers used their advisers to brief against each other.

It is also feared that it will be stated William’s staff were somehow involved in leaking the revelation that Harry and Meghan intended to live abroad and quit their royal duties. The first programme also featured Meghan’s lawyer Jenny Afia, from the legal firm Schillings, who rubbished claims that Meghan bullied Palace staff.

Reports in March accused the Duchess of driving out two personal assistants and “humiliating” staff on several occasions, which she denies.

An investigation has been launched by Buckingham Palace and it has tasked an external legal team to assist its human resources staff looking at allegations made against the former Suits actress.

Ms Afia said: “Those stories were false. This narrative that no one can work for the Duchess of Sussex, she was too difficult and demanding as a boss and everyone had to leave, it’s not true.”

It has been claimed William banned aides from briefing against family members after seeing the fall-out of his parents’ actions.