Frustrated asylum seekers lit fires this week in protest over lockdowns that worsened cramped and squalid conditions on Lesbos. Now 12,000 migrants are homeless. 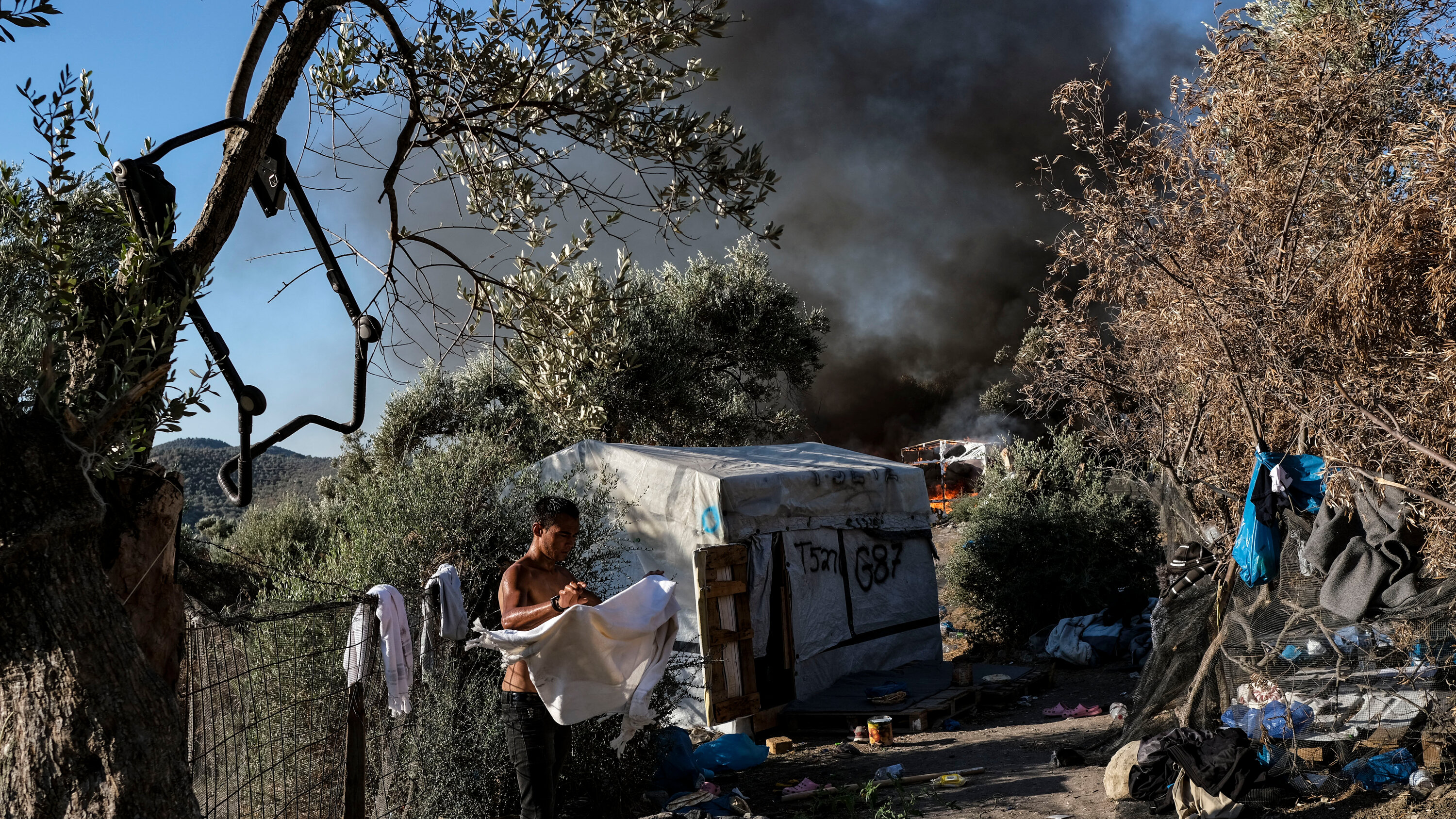 By Niki Kitsantonis and Patrick Kingsley

ATHENS — The thousands of asylum seekers crammed into Europe’s largest refugee camp, on the Greek island of Lesbos, had for years bridled at their squalid conditions and the endless delays in resolving their fates. Then came the coronavirus and its strict containment measures, which compounded their misery.

The combination proved explosive, pushing frustrations over a tipping point this week, when some camp residents burned down the Moria camp during a protest over their quarantine, a desperate act that has challenged Europe’s leaders once again to come up with a lasting solution to the migration crisis.

By Thursday afternoon, a third fire in two days had erupted at Moria, destroying what little was left untouched by arson attacks earlier in the week and stranding nearly 12,000 of its residents in the wild among tombstones in a nearby cemetery and on rural and coastal roads. One refugee in the late stages of pregnancy experienced abdominal pains on Wednesday night while sheltering on a road near the camp, and was rushed to a hospital to give birth.

“Almost if not all of the accommodation in and around the site has been destroyed,” said Theodoros Alexellis, a Lesbos-based official for the United Nations’ refugee agency. 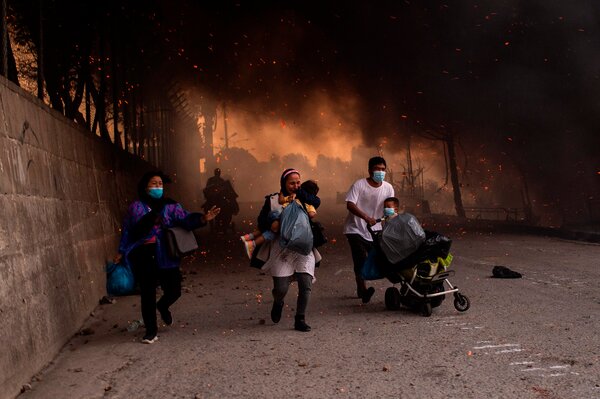 The camp’s destruction has prompted soul-searching among European leaders who have historically been accused of doing little to alleviate suffering in camps like Moria. On Thursday, President Emmanuel Macron of France said that his government was working with Germany to jointly welcome some of the Moria migrants.

“We must show solidarity with Greece and also live up to European values,” Mr. Macron said.

In the short term, Greek government officials and local aid organizations had yet to formalize plans to rehouse most of the camp’s former residents as of Thursday afternoon. Discussions were complicated by groups of Greek islanders who, angered by the presence of migrants on the island, set up roadblocks on Thursday morning to stop the passage of a medical team from Doctors Without Borders and Greek military personnel seeking to reach the burned-out site and its surroundings.