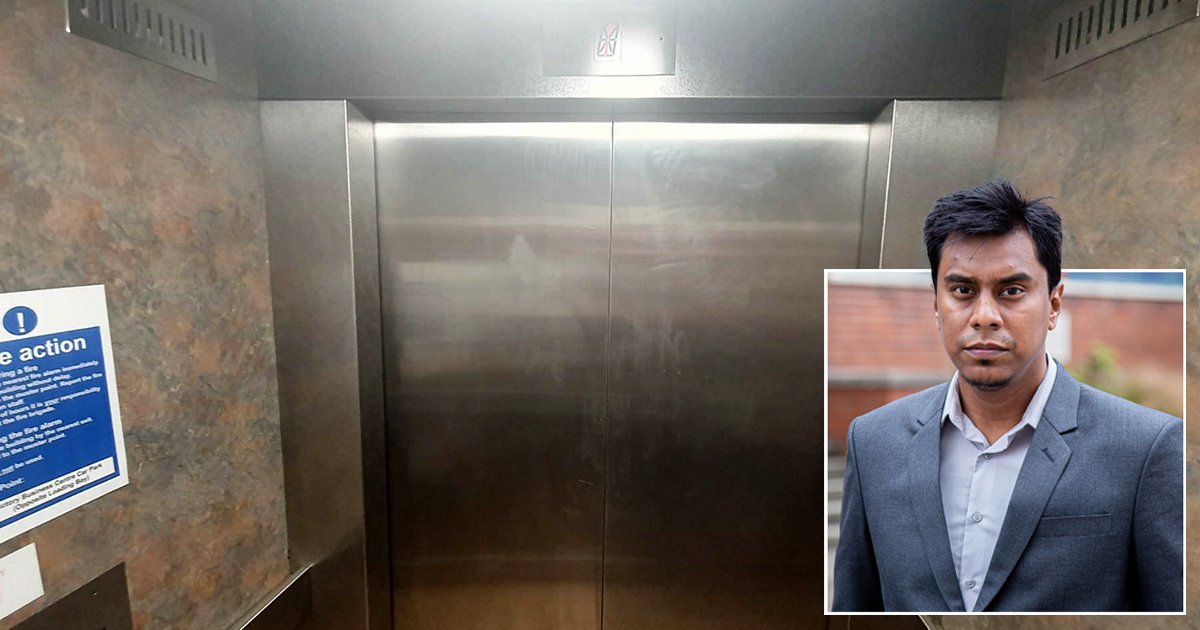 A paralegal who feared he would die after getting stuck in a lift for seven hours has received his compensation in vouchers.

Azizul Rayhan, 27, was handed a £25 gift card after being trapped in the Victory Business Centre, in Portsmouth, on July 17.

Mr Rayhan, from Portsmouth, said: ‘[The centre manager] came to visit me after the incident and he told me this is from him, personally.

‘At that moment, I was not in a state to receive or reject it, so I left it on my brother’s desk. He later told me the contents of the envelope which is a £25 gift card.”

Mr Rayhan said he was ‘screaming the whole night’ while stuck inside the faulty lift and worried there wasn’t enough oxygen to survive.

He got stuck when visiting his brother’s office and said he had been left traumatised and gets nervous in confined spaces.

He described it as ‘the most horrible night of his life’ and added he keeps getting ‘flashbacks’.

Mr Rayhan added: ‘I’m still not 100 per cent okay after the incident.

‘Whenever I’m in a confined place, I feel very nervous and it triggers the incident, especially when I have to use the tube.’

The paralegal had been visiting the centre to collect belongings from his brother’s office when he got trapped around 10.45pm.

After he pressed the ground floor button, the lift moved slightly but shuddered to a halt and started shaking.

He then pressed the emergency button to call for help, but no answer came.

‘I was screaming the whole night for help, but no-one was around.

‘It was a very horrible experience. I thought the wires had severed or cut down, and I was going to fall down.

‘I thought something bad would happen to me, like I might even die, because I did not know if there was enough oxygen in there.’

At one point Mr Rayhan tried to escape by using his keys and managed to prise open the first lift door, but could not open the second as it was too heavy.

He was finally rescued at 5.45am the next day by business centre employee Mark Parratt.

The paralegal said he thinks he has developed claustrophobia and a fear of confined spaces – being so panicked at one point he could not breathe.

He added that he has been referred to talking therapy by his GP.

It confirmed it is now fully working since the incident.