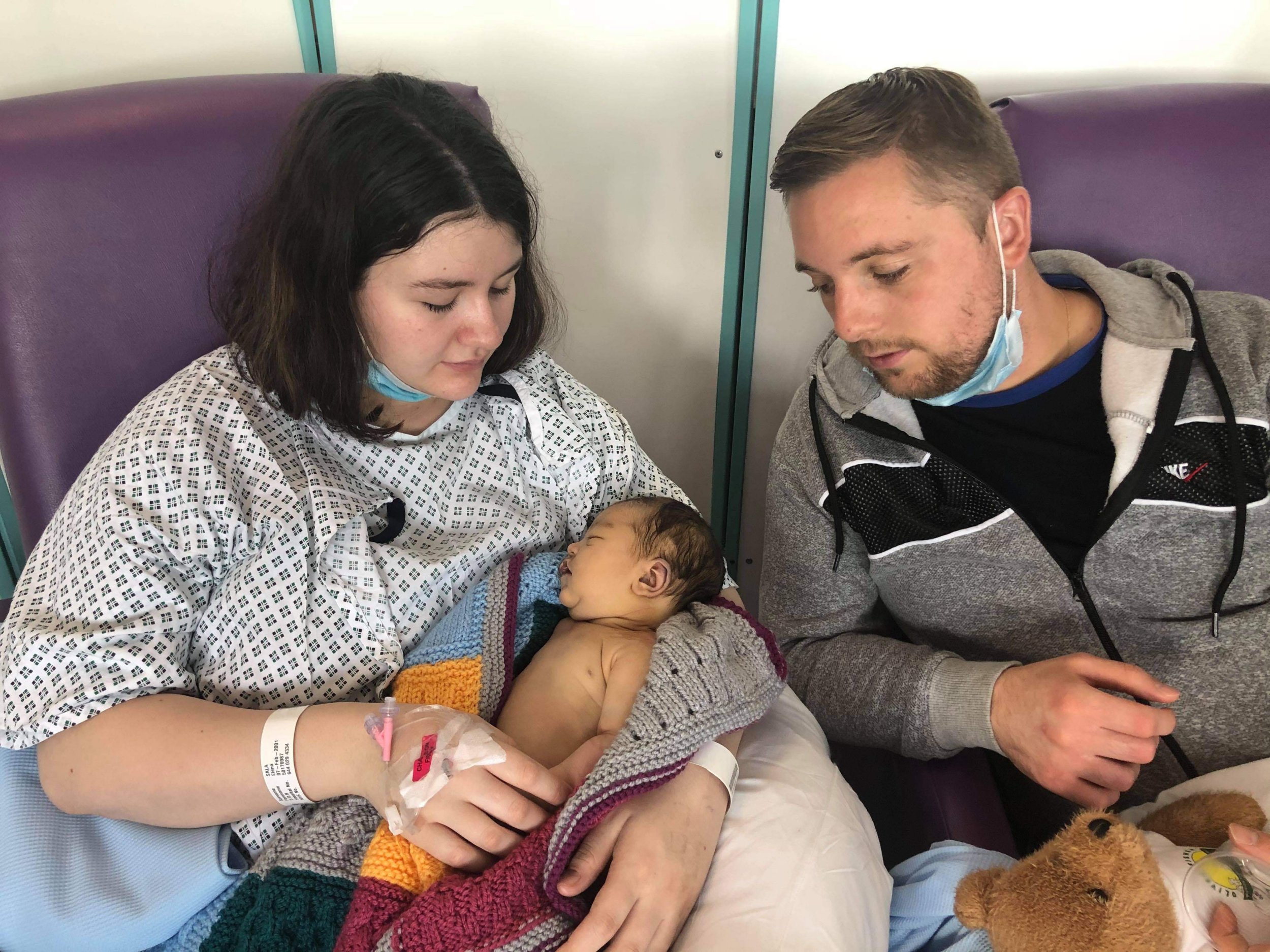 A family have revealed how they will ‘never be completely right again’ after the death of their baby girl.

Rosanna Matthews was in a coma from birth and died just three days after being born at Tunbridge Wells Hospital in Kent on November 20, 2020.

Mum Elena Sala told reporters after the opening of an inquest into her daughter’s death: ‘It has broken us. We are not the same people we were before we had her.

‘We’re hoping massively for change. It was an unnecessary death, from our point of view, it doesn’t need to happen to anyone else but I know it most likely is.

‘There needs to be proper education and training at that hospital.

‘The delays to the inquest have delayed things but I’m glad it’s finally happening so we can finally get some answers.’

Miss Sala described her pregnancy with Rosanna as completely normal aside from some discharge in the later months, an inquest at the Archbishop’s Palace in Maidstone heard.

Miss Sala said she started experiencing contractions at 41 weeks and six days, and was examined at the hospital and sent home as she was 2cm dilated.

She was told to return two hours later at 11.40am and she did. She was 3cm dilated and would normally have been sent home again, but as she was in a lot of pain Miss Sala was admitted.

She said she felt a strong urge to push at around 4pm, but was advised against it by midwifes.

But Miss Sala, from Maidstone in Kent, believes if she started to push then her baby may have survived.

She said she was given gas and air and eventually an epidural, but Miss Sala claims this did not have any effect.

This could have led to progressing the labour and birth faster, the midwife claimed.

Miss Sala said she declined an examination once while she waited for an epidural – which was delayed due to anaesthetists being busy elsewhere – and said she was not told this could progress labour.

The family’s lawyers claim the hospital’s foetal and maternal heart rate monitoring was not up to standard, and action was not taken when abnormalities were detected.

Rosanna was finally born by caesarean section at 5.48pm after three attempts to deliver the baby using a vacuum cup, and another by forceps.

Miss Sala, and the baby’s dad David Matthews, are considering a clinical negligence claim against Maidstone and Tunbridge Wells NHS Trust, which runs the hospital.

Her lawyer, Mark Bowman of Fieldfisher Solicitors, said: ‘No family should have to wait two years and two aborted attempts to go through an inquest.

‘We just hope and expect the coroner will conduct a thorough investigation, lessons will be learned, mistakes won’t be repeated and other families won’t have to endure that.

‘With a clinical negligence claim we will need to see how things go over the next few days.’