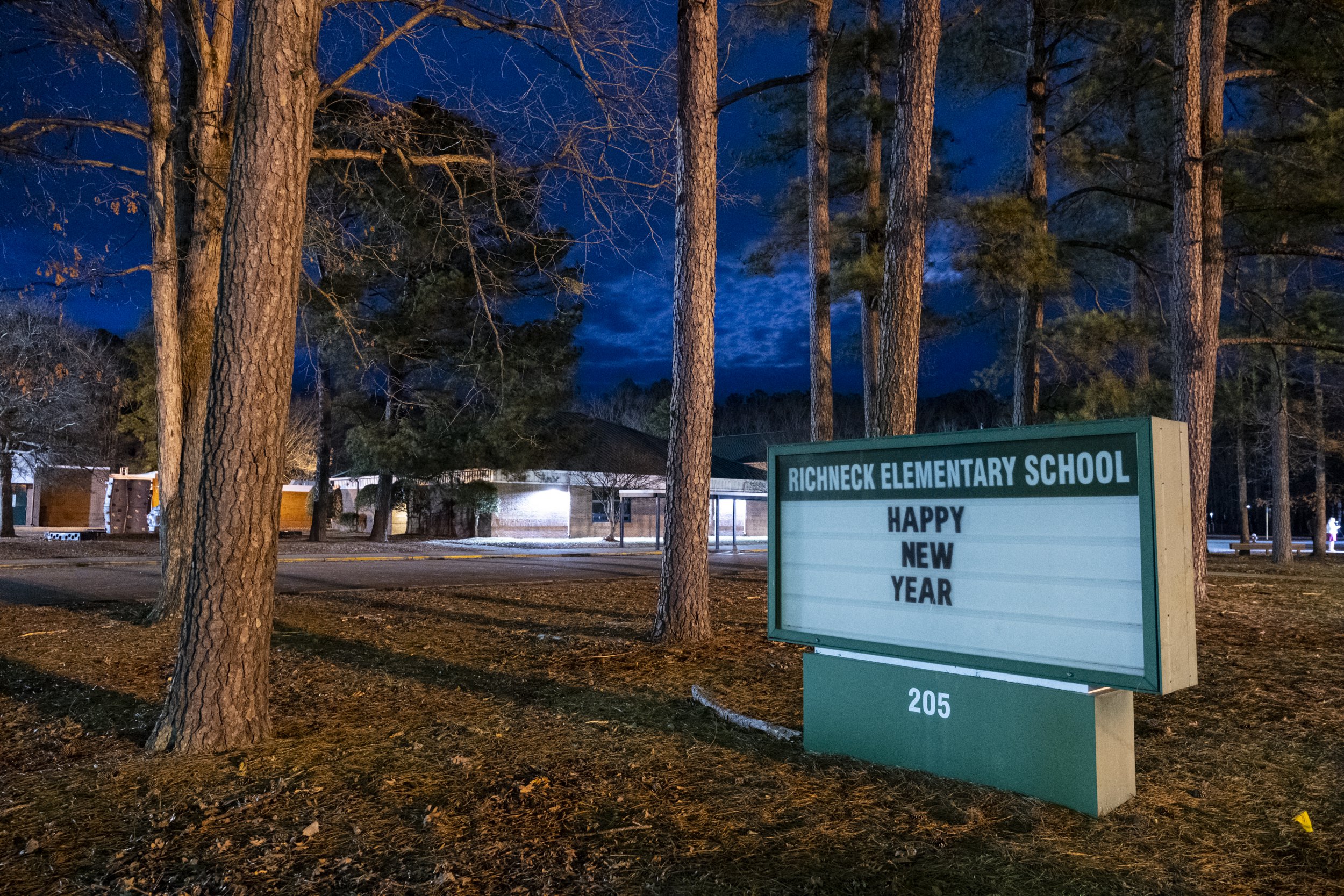 The parents of the six-year-old who shot his teacher in Virginia have made their first public statement, where they claimed the gun he used was ‘secured.’

On Friday, January 6, first-grade teacher Abby Zwerner was rushed to the hospital after one of her students pulled a gun out of his backpack and shot her in the chest.

Richneck Elementary School in Newport News was immediately placed on lockdown, and students and faculty were evacuated.

Days later, Richneck Police Chief Steve Drew said that the firearm the child used was legally purchased by his mother. It is not clear how the child gained access to it.

School officials also said that the child’s backpack was searched before the shooting when they were warned he had a ‘possible weapon.’ No firearm was found in the search.

In Virginia, leaving a loaded firearm around a child is a misdemeanor, carrying with it a maximum jail sentence of one year and a fine of up to $2,500.

On Thursday, attorneys for the child’s parents issued a statement written by the family, claiming to be ‘responsible’ gun owners.

‘Our family has always been committed to responsible gun ownership and keeping firearms out of the reach of children,’ the statment reads. ‘The firearm our son accessed was secured.’

The parents also revealed that their child suffered from an ‘acute disability’ and was under a care plan at school that required on of his parents to be present with him in the classroom. ‘The week of the shooting was the first week when we were not in class with him. We will regret our absence on this day for the rest of our lives,’ they wrote.

Additionally, the family thanked Zwerner for her ‘courage, grace, and sacrifice.’

‘Our heart goes out to our son’s teacher and we pray for her healing in the aftermath of such an unimaginable tragedy as she selflessly served our son and the children in the school. She has worked diligently and compassionately to support our family as we sought the best education and learning environment for our son.’

After the shooting, police received an emergency custody order from a local judge in order to transport him to a hospital for treatment. His parents revealed that he is still being treated at a hospital. A judge will make a determination on what will happen next for the first grader.

It is unclear if any individual will face charges for the tragedy. Police Chief Drew called the incident ‘unprecedented.’

In the meantime, Zwerner continues to recover at a hospital. her twin sister has opened a fundraiser on GoFundMe, which has already raised over $200,000 for the teacher.