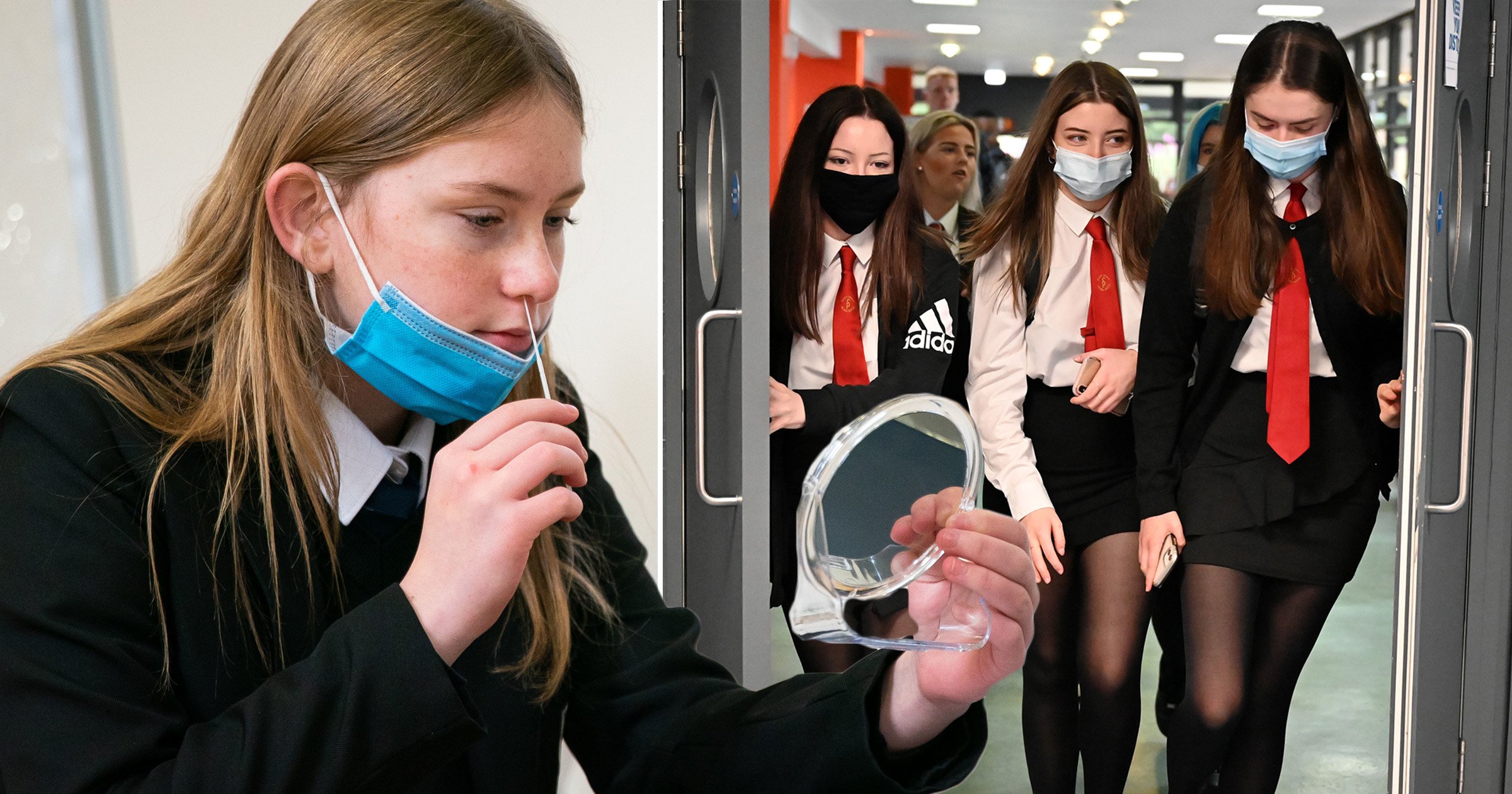 Parents will be asked to test their teenage children twice a week for Covid when they return to the classroom, reports say.

Families of secondary school pupils will be asked to administer lateral flow tests at home under plans for a phased reopening of schools.

Education unions have agreed that schools will only oversee the mass testing of secondaries once, at the start of term, before home testing begins.

The phased return of pupils is expected to start on March 8, with some year groups starting later so they can all be tested..

Education sources told The Telegraph large secondary schools may take up to two weeks to get all pupils back.

It is understood students will have to wear masks when they are not in their class ‘bubbles’ once they return.

Schools were asked to mass test pupils in December amid the spread of the Kent variant, with teaching unions branding the idea ‘inoperable’ and ‘ridiculous’ at the time.

The Association of School and College Leaders called for testing kits to be sent home to avoid schools being turned into ‘field hospitals’.

Now a compromise is set to be reached, with schools agreeing to test pupils on site at the start of term and home testing kits used thereafter.

Officials from the Department for Education (DfE) will meet union bosses on Thursday to hammer out the plans.

Geoff Barton, the general secretary of the ASCL, said: ‘We think that is a good idea. It reinforces the responsibility for families rather than assuming that bits of the state, like schools, will carry out the tests.’

He added that the tests at the start of term would ideally be administered by the Army or public health officials rather than school staff, but acknowledged that teachers would be prepared to make it work as long as the tests are ‘for a finite purpose and a finite period of time’.

It comes as Boris Johnson faces pressure from his own ministers to relax Covid restrictions amid the rapid vaccine rollout.

The PM will unveil his roadmap out of lockdown on Monday February 22, when he is expected to announce the phased return of secondary schools and reopening of primary schools from March 8.

It is thought rules on face masks in schools will be tightened when pupils return to classrooms in England, with the Government reportedly planning a PR blitz to build up parents’ confidence in school safety.

According to The Guardian, masks will be compulsory outside classroom bubbles in secondary schools where social distancing is not possible.