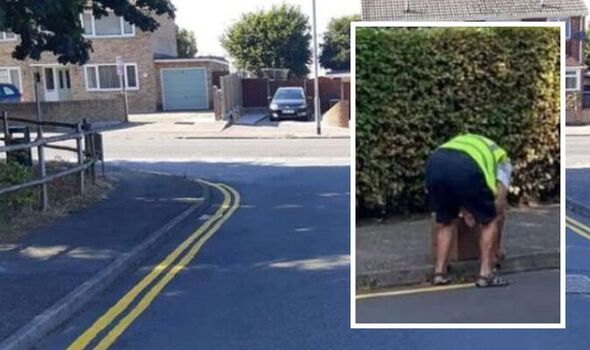 An anonymous local resident decided to curb dangerous parking, after locals in Walmer, near Deal, became increasingly frustrated with vehicles clustered in the area. The residents have often found it difficult to leave or enter their driveways because of the narrowness of the roads, with parked cars often making junctions dangerous.

A number of neighbours have taken to putting up warnings, requesting that motorists do not park near their houses and block their driveways.

But an unknown, frustrated resident has made the move to paint double yellow lines at a key junction in the area to discourage parking.

Parking on official double yellow lines is prohibited at any point during the day or night.

One local resident hailed the parking vigilante as deserving of a “medal”. 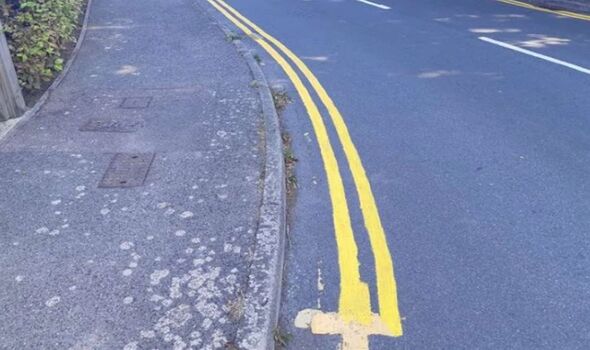 Neighbour Quentin Mitchell added: “There has been one woman who has parked too close to the corner, which can cause an accident.”

Estate resident Marleen Ditton remarked: “I agree with the lines being placed there.

“The corner is difficult to come round if there are cars parked there.”

She then added that she did not recognise the person responsible for the DIY yellow painting. 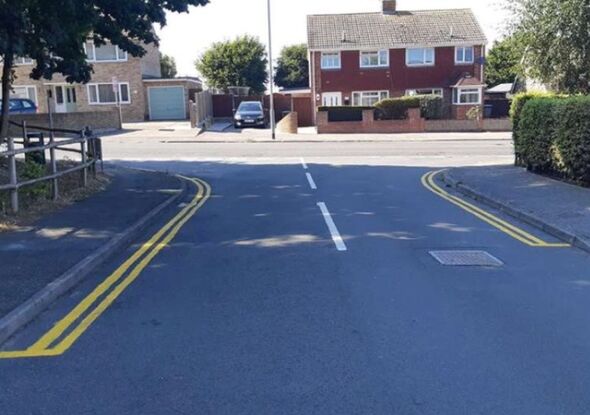 She commented: “It seemed like some random chap putting down yellow lines.

“I don’t know who it was, I didn’t recognise him.”

Although the identity of the vigilante is not known, Mark Harding, who lives on the estate, said: “It does need some kind of restriction and lots of people have been saying it.”

His wife, Carole Harding, commented that the junction is “dangerous when turning”. 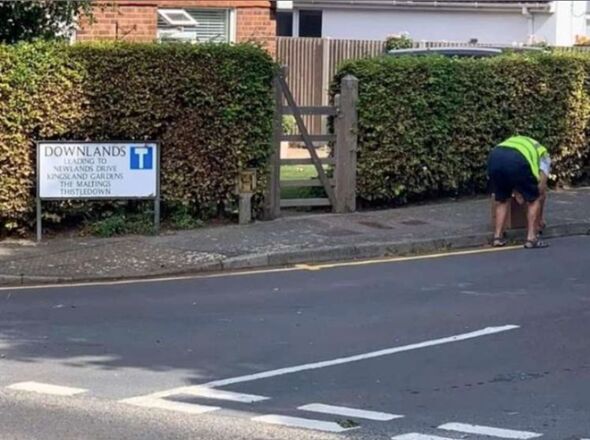 Ms Harding then said she believed the council should have stepped in to mark out the double yellow lines.

She said: “I’m not saying I’m against those yellow lines being put there but they should have been put by the council.

“It’s not something you should do on your own.”

A spokesperson for Kent County Council said they were “aware of the double yellow lines in Downlands”.

They added: “These are not an authorised restriction, and we are working with the local authority to arrange for appropriate remedial work to be carried out.”

A spokesman for Dover District Council added: “We are aware of this matter, and are working with Kent County Council on this.

“Kent County Council is leading on this as the highways authority.”