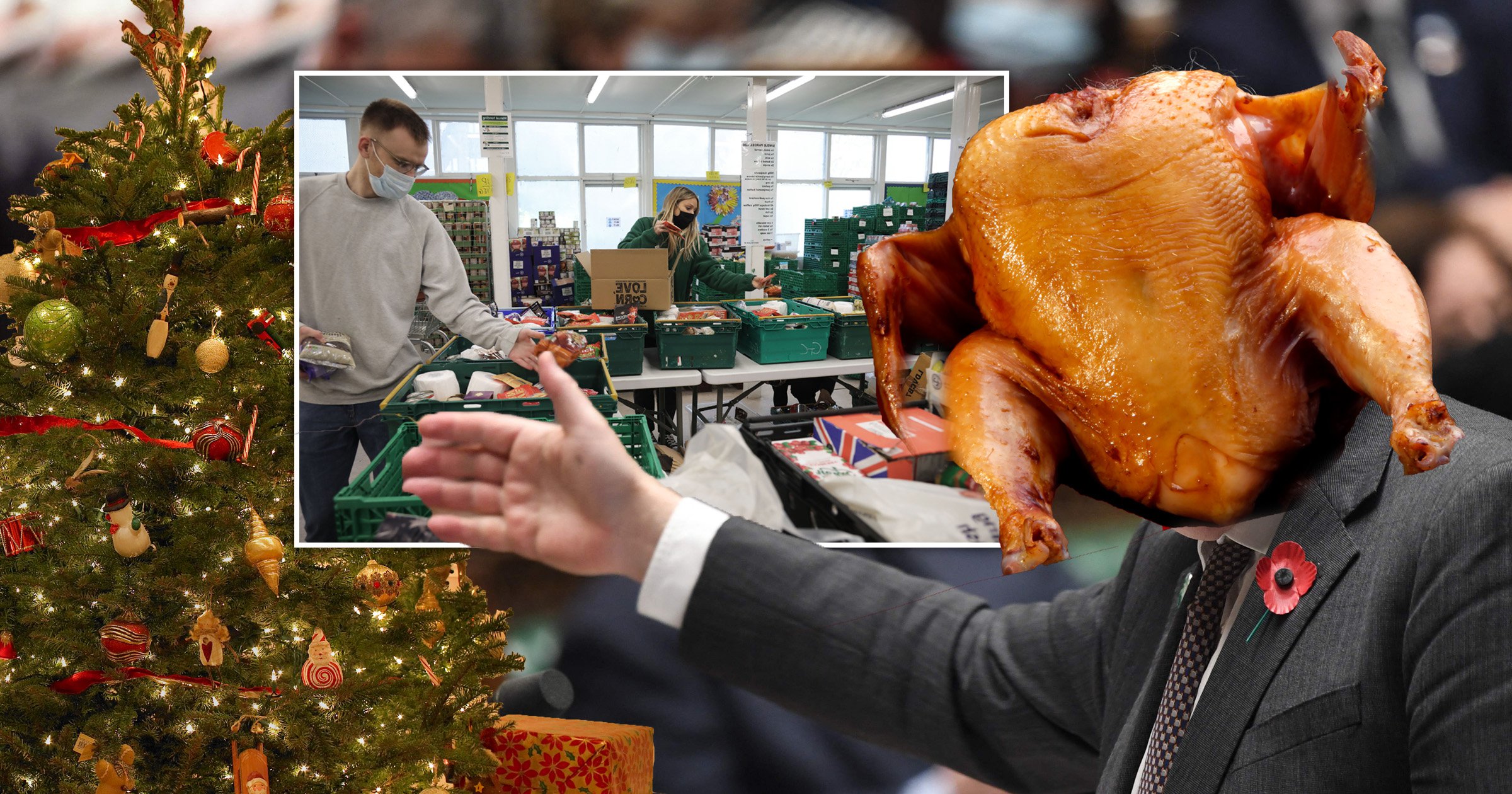 The House of Commons has ordered in 200 turkey portions for its catering outlets as MPs get ready for Christmas.

The preparations to date – in a year when free school meals and Westminster perks have been thorny political issues – also include purchasing brandy, Guinness and rum for pudding ingredients.

The ‘fresh farm’ turkey breasts are sized at 2.5kg each and have been sourced from Leicester, according to information released by the Commons under the Freedom of Information Act.

The list shows the puddings will be prepared in-house, with a traditional alcoholic element in the desserts.

As of October 27, the Commons had placed orders for 80 oranges and the same amount of lemons, 44kg of currants, 36kg of sultanas and 16kg of apples. Eight litres each of brandy, Guinness and rum will help sweeten the mix, according to the spreadsheet disclosed to Metro.co.uk.

As fresh ingredients are only ordered by the Commons when they are required, the list is a running tally.

Preparations for Christmas at Westminster fall in a year when campaigners have demanded reform of the government’s free school meals policy and the financial perks enjoyed by MPs have fallen into the public glare.

Manchester United star Marcus Rashford has spearheaded a food equality campaign, with high-profile chefs and celebrities also backing the cause.

Will Morris, director of the House of Bread homeless project in Staffordshire, said: ‘If I was an MP sitting in Parliament eating turkey I would be thinking of other people who have nothing this Christmas.

‘If you have privilege, you also have responsibility.

‘MPs should be guided by their moral compass and think of the food shelters and charities on the frontlines.

‘It speaks volumes that people come to us with very little and share it.’

While catering in Westminster’s restaurants and bars is not directly subsidised, it runs at a loss, meaning taxpayers’ money effectively supports the overall operation.

Danielle Boxall, media campaign manager at the TaxPayers’ Alliance, said: ‘Turkeys don’t vote for Christmas but MPs should certainly vote to scrap the subsidised food and drink in parliament.

‘Everyone loves a festive lunch, but the Christmas menu in parliament highlights the generous taxpayer subsidies that still exist there.

‘With many people tightening their belts this Christmas it’s time these out-of-date subsidies were axed.’

A Commons spokesperson said: ‘Christmas food at our catering venues is accessible to all pass-holders, including staff, contractors, visitors and members of the press gallery.

‘The volumes served will be in line with demand.

‘The House of Commons continuously seeks to reduce costs and ensure there is minimal food wastage. In addition, our prices are regularly benchmarked against similar outlets outside parliament.’

In its response to the Freedom of Information Act request, the Commons replied: ‘It may interest you to know that over 15,000 people can access the parliamentary estate and use its services, of which only 650 are MPs.

‘The on-site catering venues are also used by staff of the House of Commons administration and contractors, such as facilities staff, security staff and building contractors, as well as members’ staff, peers and their staff and members of the press gallery. Products sold in these venues are always charged at more than they cost and everybody pays the same price.’