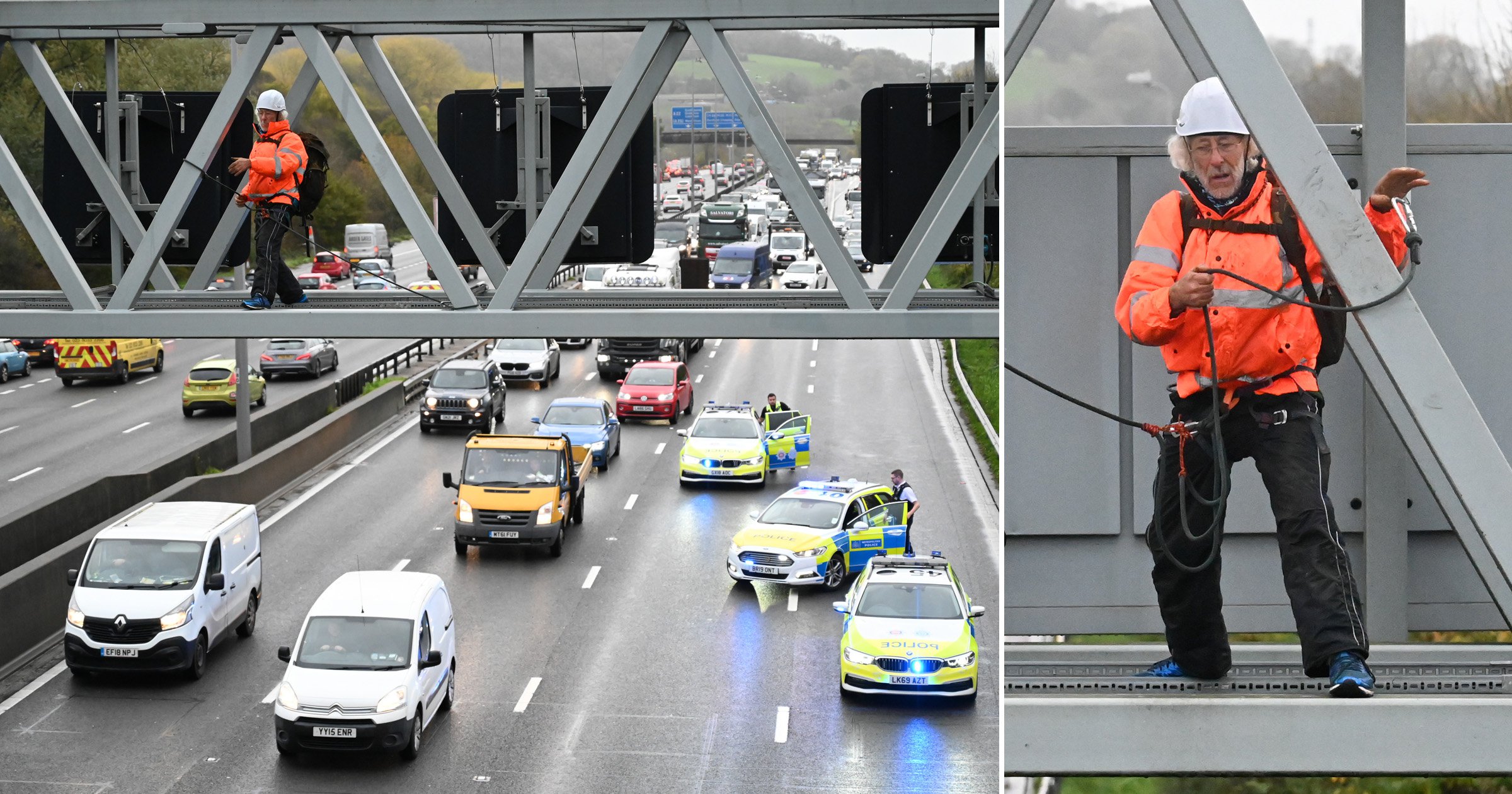 Protesters have climbed onto a motorway gantry on the M25 hours after the High Court granted an injunction to ban Just Stop Oil demonstrations there.

The Metropolitan Police said the road has been temporarily closed at junction 25.

Meanwhile, Surrey Police said there are further similar protests at other parts of the major road encircling most of Greater London.

‘We are here and dealing and will get this resolved as soon as possible.’

Earlier this morning, the force confirmed National Highways has shut the road from junctions 6-7 northbound for ‘the safety of everyone involved’.

Essex Police are also responding to reports of people climbing up a gantry close to junction 30, adding that ‘arrests have been made already’.

The demonstrations come as the latest Cop27 international climate change talks in Egypt get under way.

Just Stop Oil confirmed its supporters are behind the halt of traffic on the M25.

They are demanding that the government halts all new oil and gas consents and licences, adding that ‘anything less is a death sentence’.

One of the climate campaigners is 24-year-old Louise, who filmed herself from the top of an overhead gantry.

She said: ‘I am here because I do not have a future. You might hate me for doing this, but I wish you would direct all that anger and hatred at our government.

‘They are betraying young people like me – I would not have to be here if they did their duty.’

It comes after police made a series of pre-emptive arrests ahead of the planned action.

The Met said it had detained people last night and this morning as it launched an operation to identify and arrest climate change protesters suspected of planning ‘reckless and serious’ motorway disruption.

Among them is Roger Hallam, the co-founder of Extinction Rebellion, also dubbed the ‘mastermind’ behind Just Stop Oil.