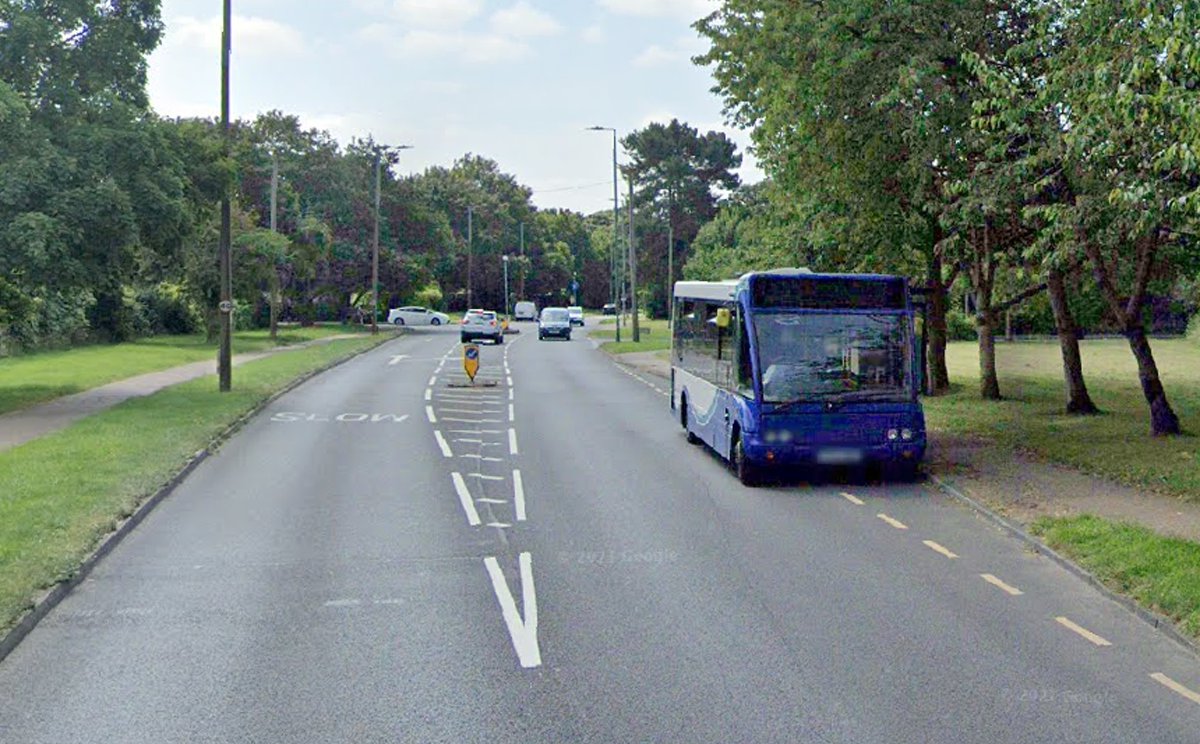 An elderly man died after the bus he was standing on lurched forward because the driver did not use the handbrake, a court heard.

John Childs, 73, died after an altercation with the bus driver over where the vehicle should have stopped.

A court heard that he walked forward to remonstrate with Christopher Balding about missing his stop due to roadworks, and was standing by the open doors.

When the bus moved, he fell through the door and landed on the road, suffering a brain injury and dying nine days later.

Balding, has gone on trial charged with causing death by dangerous driving.

He is accused of not putting the handbrake on, causing the bus to roll forward when he lifted his foot from the footbrake to ‘turn towards Mr Childs’.

A police officer who responded to the scene said Balding appeared to have alcohol on his breath at the time of the incident.

Chelmsford Crown Court heard Balding had stopped the bus ‘several hundred feet further along’ from where the stop in Harlow, Essex, usually is because of roadworks.

Mr Childs then stood up from his seat and ‘seemed not best pleased’ about this during the incident on May 3, 2019.

He had been a passenger on Balding’s bus numerous times before and Balding ‘never had any issues with him’, Balding told the police.

But this time Mr Childs ‘started saying us drivers, the company, they’re all a bunch of c***s and all this’, Balding went on.

Prosecutors said that after the bus moved, ‘Mr Childs, who was unsupported, falls back against the open door, topples out of the gangway and lands heavily in Howard Way.’

Three police officers, who were on duty in a nearby van, were able to get first aid to Mr Childs within seconds.

He was taken to hospital with a brain injury but was unable to survive and died nine days later.

One of the officers who had tried to help Mr Childs told the court Balding ‘seemed very stressed and upset and wasn’t sure what had happened’. But he went on to say he could smell alcohol coming from the driver.

Balding said he does not remember using the handbrake but denies causing Mr Childs’ death by dangerous driving.

However, he did admit to causing death by careless driving at an earlier hearing.