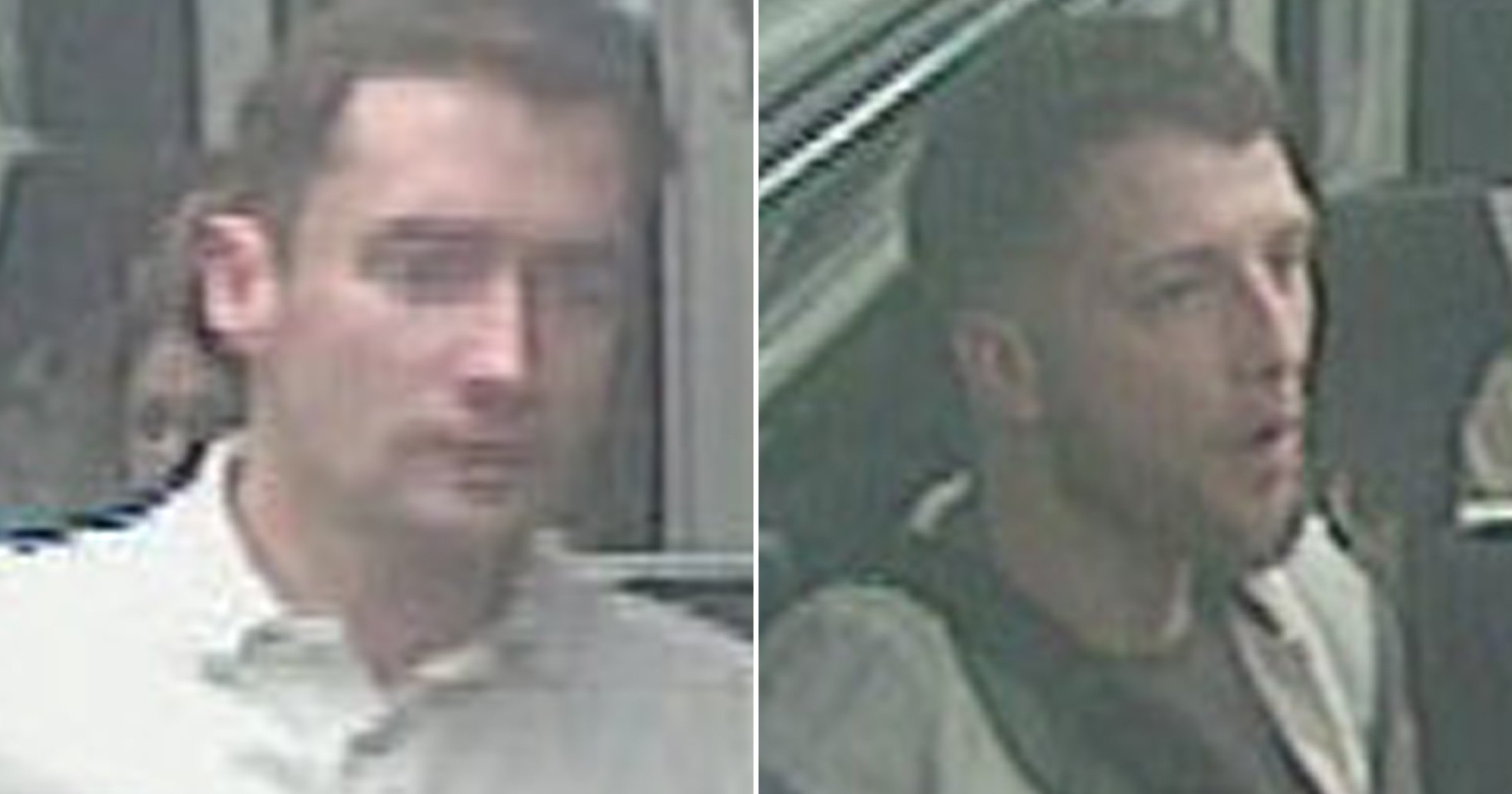 A train passenger was attacked for asking two men to stop smoking.

The victim was punched repeatedly in the face after confronting the pair, who lit up after boarding.

The incident happened at around 00.45am on October 10 on a train travelling to Kent.

Things turned violent after a passenger in the carriage moved away to escape the fumes.

As he walked past, he challenged them but was assaulted in return.

The attack left him bleeding from the nose and he got off the train at New Eltham station.

Detectives believe the men in the images may have information which could help their investigation.

A spokesperson said: ‘If you recognise them, or have any information, please contact British Transport Police.’