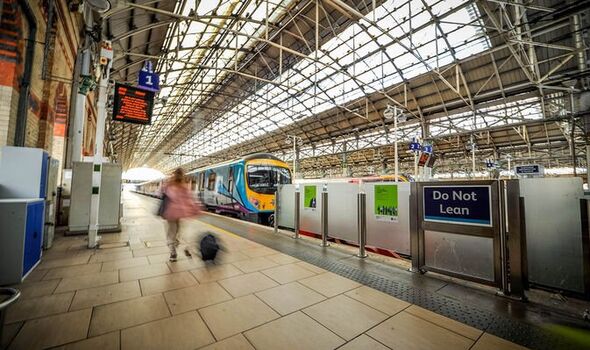 Both passengers had been at the concert at the Etihad Stadium and boarded a train at the nearby Manchester Piccadilly Station. However, a short time after the train left, poice say a man approached them and assaulted them.

Officers say he also approached other passengers and said: ‘Do you want to buy weed?’. Other passengers forced him off the train at Deansgate Station just after 11.20pm on Saturday June 11, Manchester Evening News reports.

British Transport Police have now launched an investigation into the incident. Officers are appealing for anyone with information – or any witnesses – to come forward.

In a statement, a spokesperson for British Transport Police said: “Officers investigating a sexual assault on-board a train departing Manchester Piccadilly station are appealing for witnesses and information. At around 11.15pm on Saturday 11 June, the victims boarded a busy train at Manchester Piccadilly after attending a music gig at the Etihad Stadium.

“A short time after the train left the station, a man approached the victims and touched them both inappropriately. During the journey he also approached passengers and said, ‘do you want to buy weed’.

“Passengers then ejected him from the train at Deansgate station just after 11.20pm. Officers are keen to speak to any witnesses or anyone with information to assist their investigation.

Ed Sheeran had been performing at Manchester City FC’s stadium during his The Mathematics Tour.

It also saw the 31-year-old musician perform in Ireland, Central Europe and Scandinavia.

The tour ended with an epic performance at Wembley, at which he was joined by rapper Stormzy.