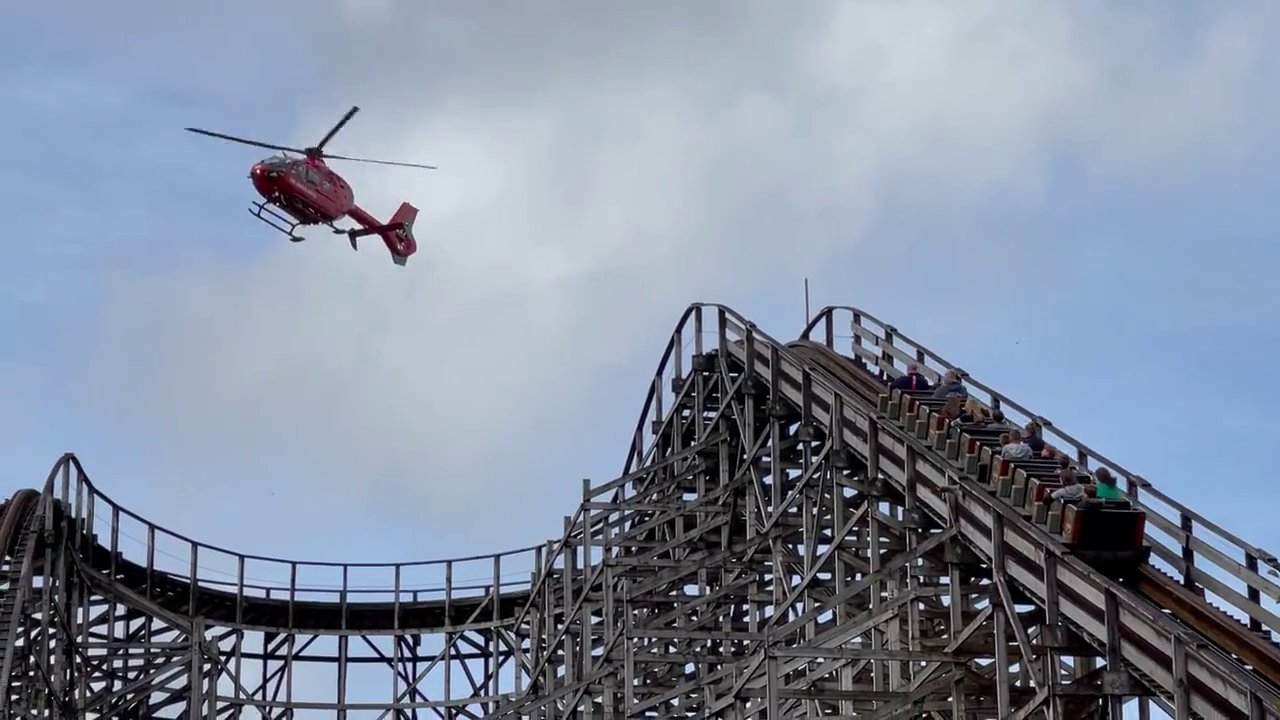 A man was ‘thrown off’ a rollercoaster at an amusement park, eyewitnesses have revealed.

Oakwood Theme Park in Pembrokeshire, south-west Wales, was evacuated after a ‘distressing’ incident on its popular Treetops ride.

Sean Hayes and his wife Caroline were sitting near the front of the ride when they heard ‘horrific screams’ and the cries of a girl.

When Mr Hayes turned back, he saw the back end of the rollercoaster ‘slipping and sliding off the track’.

He said: ‘I saw a girl crying in severe distress and what appeared to be the bar raised.

‘I shouted for the ride to stop and staff were clearly panicking to get it stopped.

‘It went on for a bit before it grinded to a halt. We had to evacuate the ride on a bend and staff were present to help people off.

‘Really hoping that everyone involved is okay and makes a full recovery.’

The Health and Safety Executive (HSE) agency confirmed they were informed of the incident involving a member of the public earlier this afternoon.

A spokesperson said: ‘HSE is investigating and we are currently making enquiries alongside the police.

‘I am unable to provide any further information at this stage.’

Oakwood Theme Park has issued a statement which says: ‘As a result of an incident at Oakwood today we have closed the park to the public with immediate effect.’

Dyfed Powys Police has said that the Health and Safety Executive is leading the investigation.

Metro.co.uk has contacted Dyfed-Powys Police and Wales Air Ambulance for a comment.