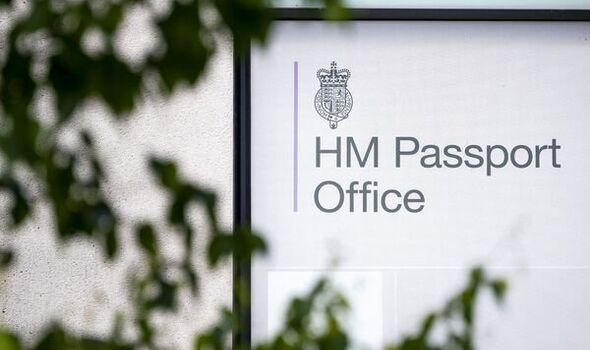 The Passport Office expects to receive more than 240,000 fast track applications between this month and October.

A standard online application for an adult passport costs £75.50 but the fee for a one week fast track service is £142.

The number of fast track applications has more than doubled from 21,124 in December to 44,386 in April.

People making standard applications are now encouraged to apply more than 10 weeks before they are due to travel.

As the Sunday Express reported earlier this month, there is concern in Tory circles that delays in processing passports are challenging the party’s reputation for being able to deliver competent government.

Blaenau Gwent Labour MP Nick Smith, who obtained the figures on the increase in fast track applications, said: “The disruption to families waiting for a passport as their planned holiday leaving date gets closer is huge. After spending hours on the phone and getting nowhere many report being at their wit’s end.”

“As their leaving date gets closer but their passport is yet to arrive, families are driven to spend nearly double the money to try and ensure they get away. There used to be a three week turnaround time for passports; now it’s 10 weeks and that still isn’t guaranteed.”

“When I asked the top civil servant in the Home Office when the three-week turnaround would  be reinstated she refused to give me a from firm date.”

The Government says the Passport Office is facing “unprecedented demand” because more than five million people delayed getting passports during the pandemic when travel restrictions were in place. In March, records were broken at the Passport Office when it processed more than one million new passport applications.

More than 500 staff have been recruited since April and there are plans to recruit a further 700 by the summer. This year, applications are expected to hit 9.5 million.

According to Home Office minister Kevin Foster, in April this year 63 percent of Passport Office customers gave a satisfaction score of nine or 10.