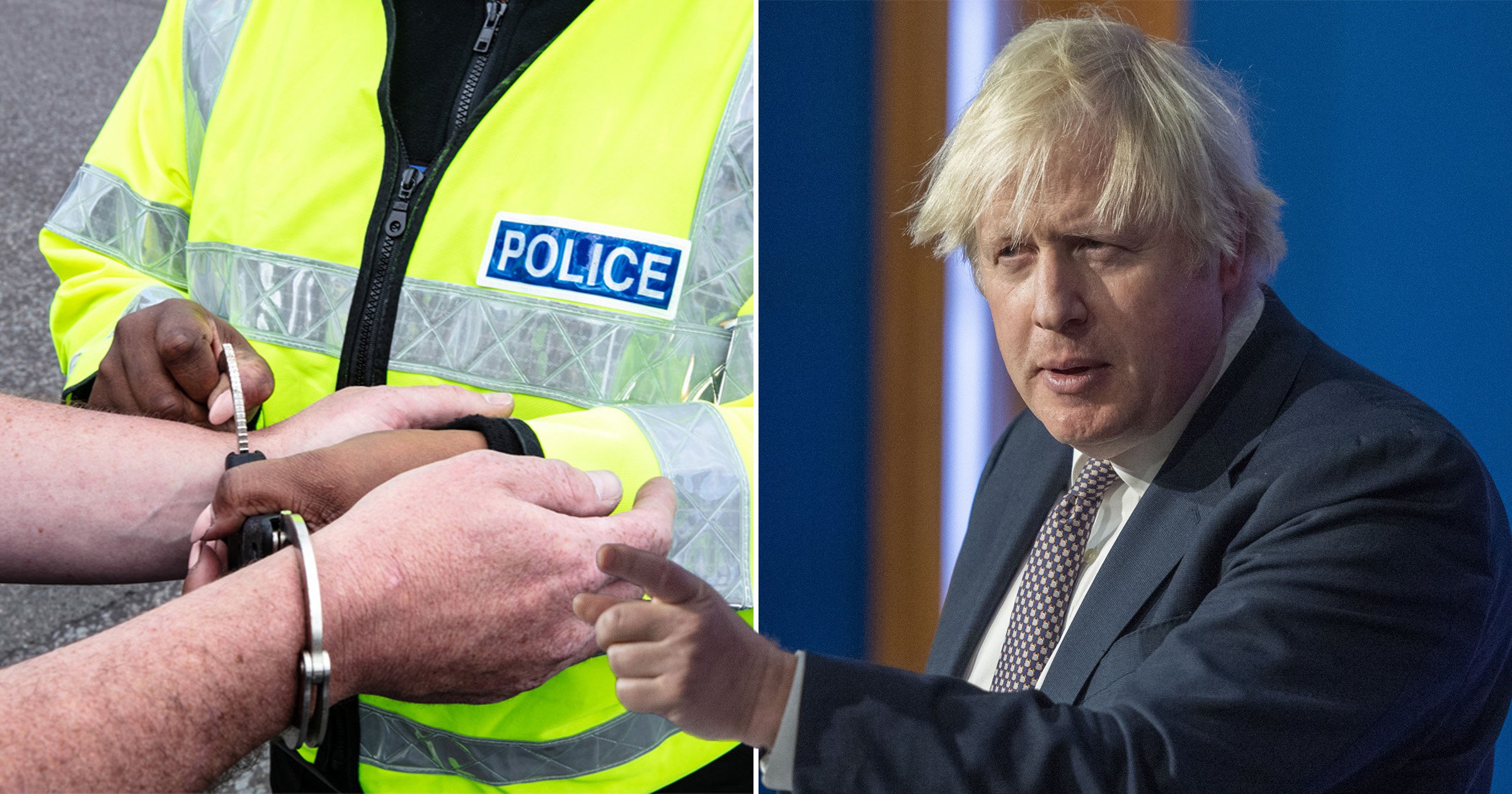 People who take ‘lifestyle drugs’ like cocaine could have their passports taken off them as part of a new crackdown on crime, according to reports.

The Government is preparing to publish a 10-year plan to tackle drug-related offences in what is being billed as an ‘all out war’ and the ‘biggest intervention in a generation.’

It’s thought drug use and dealing is behind around half of all burglaries and violent robberies on Britain’s streets.

Speaking to The Sun ahead of the publication of the strategy on Monday, the PM said new measures will include football-style travel bans, curfews, harsher sentences for drug dealers and measures to break up County Lines gangs.

Mr Johnson said drugs problems are being fuelled by two groups – addicts and those who use casually on weekends who assume it is a ‘victimless crime.’

He said there needs to be new ways of ‘penalising’ these people ‘that will actually interfere with their lives’ and make them realise the damage their habit is causing.

‘So we will look at taking away their passports and driving licences. We’re keeping nothing off the table,’ he said.

The PM has previously admitted trying a substance that could have been cocaine once at university.

He said politicians have put off tackling the major problem for too long, perhaps because some of them are scared of being asked about their own past experiences.

The issue of which politicians had tried drugs became a major talking point in the last Tory leadership election.

Alongside Mr Johnson’s revelations, his cabinet colleague Michel Gove has previously admitted taking cocaine ‘on several occasions’ as a young journalist, saying it was a ‘mistake’ that he ‘regrets.’

Justice minister Dominic Raab has said he smoked cannabis as a student but never any harder drugs. Health secretary Sajid Javid has said he has never used drugs.

The Sun reported Mr Johnson will also outline ‘record’ funding for addiction treatment and recovery services, with more money promised for the 50 local authorities with the worst drug issues such as Middlesbrough, Blackpool and Liverpool.

The Government announced in July it would establish a new unit to help end illegal drug-related illness and deaths, as the second part of Dame Carol Black’s Independent Review of Drugs was released.

The first phase of the review, published in February last year, estimated there were 300,000 opiate or crack users in England, and around one million people using cocaine per year.

Meanwhile, drug misuse poisoning deaths are at a record high, having increased by nearly 80% since 2012.

Dame Carol’s review also determined the illicit drugs market in the UK is worth £9.4 billion a year, but costs society more than double that figure.

If health considerations, the cost of crime and societal impacts are combined, the total cost of illegal drugs is £19 billion annually.