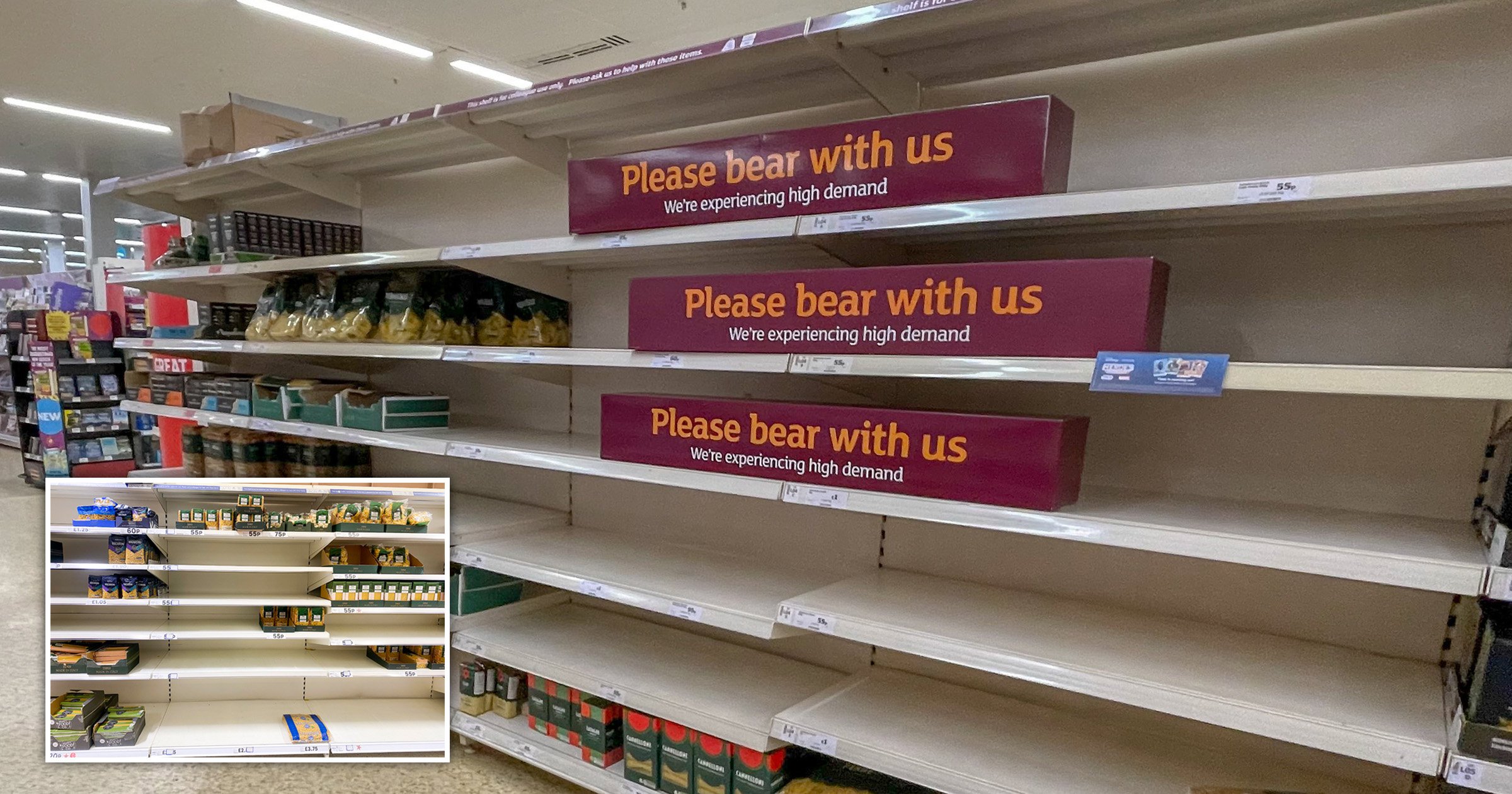 If fuel shortages weren’t bad enough, then pasta lovers may want to take a seat.

The Italian food staple is at risk of being taken off the menu after a disastrous wheat harvest over summer, hitting supplies worldwide and causing prices to rocket.

The problem has been caused by a shortage of durum wheatafter a drought and soaring temperatures hit farms in Canada, one of its biggest producers.

The key ingredient is ground into semolina to make spaghetti, penne and macaroni.

But Canadian farmers are down on the crop by 40 to 50% after a deadly summer that reached a national-record high temperature of 49.6C in June.

The killer heatwave was followed by an unprecedented drought which further harmed wheat production.

Farmers on both sides of the Atlantic have struggled due to climate change, with wheat producing regions in Europe affected by extreme rain.

Flooding over summer battered the crop in France while in Italy, the home of pasta, a frosty early spring and a dry summer reduced the quality and quantity of durum wheat.

Shoppers around the country have complaining of pasta shortages at their local supermarket in recent weeks.

Empty shelves were seen in Sainsbury’s stores in Birmingham and Surrey today, as well as at Tesco stores in Edinburgh and Bristol.

The Director of Eurostar Commodities,Jason Bull, said: ‘We should be under no illusion climate change is causing this.

‘It’s crazy. I’ve been doing this for 17 years, but I’ve not seen this before.

‘It’s because of the durum crop – pasta is made with durum wheat and the biggest exporter is Canada.

‘They’ve had a very bad crop due to extreme dry weather – it’s hardly rained since they planted the crop so they’re down about 42%. It had a big drop and then the USA is down nearly 50%.

‘Couple with hat the opposite effect – in Europe and France they’ve had excessive rain, so the wheat crop isn’t suitable for milling.

‘So, it’s a bad situation on both sides of the Atlantic.’

Mr Bull said the scramble for the wheat has pushed the price up by 90 to 100%, ‘which feeds into an increase cost of raw materials’.

This year’s harvest has raised the prospect of shortages in future years, as climate change leads to more extreme weather patterns.

Whether the situation improves will all depend on the next crop.

‘If Canada and the USA continue to get dry weather an no rainfall it will affect the crops,’ Mr Bull said.

UK shoppers wanting pasta now face empty shelves, and may have to to pay up to 50% more for pasta in the future.

The problem has been exacerbated bya national shortage of delivery drivers and supply issues in Italy during the national holidays.

Britain has an estimated shortage of 100,000 heavy goods vehicle (HGV) drivers for many reasons, including Brexit, Covid, industry pay and drivers retiring.

The shortage has sown chaos throughout British supply chains, in everything from food to fuel.

One person in the south east shared a photo of an all but empty pasta section this morning, saying petrol pumps were also dry.

Fears have grown that supermarket shelves will not be stocked as usual in the run-up to Christmas.

But today it emerged only 127 fuel drivers from overseas have applied for temporary visas aimed at tackling shortages.

It is not clear how many have applied for the food delivery jobs.

But foreign drivers have savaged the short-term offer, saying they will not leave stable jobs abroad to ‘pee in a bottle on the M25’.