Think tank Policy Exchange published a paper on Tuesday which recommended policies for Britain’s next Prime Minister to uphold. The paper suggested the police must maintain the public’s confidence by acting impartially.

Policy Exchange’s report has warned that police seeking to express political views could be “hugely damaging” to public confidence.

He wrote: “Recent polling has found that the public were almost twice as likely to agree than disagree with the statement that ‘the police are more interested in being woke than solving crimes’.”

A Government source has suggested that Ms Patel agrees with the report.

They said: “Priti’s views are that police should be focusing on getting the basics of policing right, on traditional policing and making our streets safer. 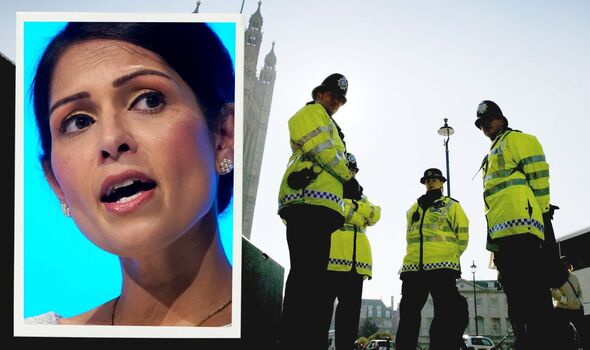 Mr Spencer also suggested in the report that police should not wear any badges that could be viewed as political on their uniforms and should not ‘take the knee’.

‘Taking the knee’ is viewed by some people as a political gesture.

It first began in 2016 when US footballer Colin Kaepernick kneeled during the American national anthem at a football show to bring attention to political issues such as racial inequality and police brutality.

Mr Spencer wrote: “Acts that may be intended as a show of solidarity against discrimination, such as ‘taking the knee’ or an officer wearing a badge on their uniform, can easily be interpreted by others as an expression of a partisan political view.

“This should be made clear in both national and local guidance.” 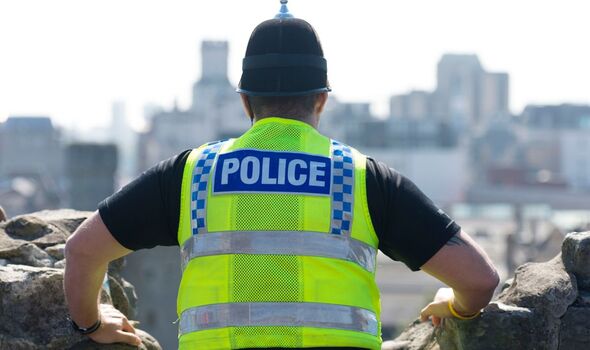 Last weekend, a video of police officers doing the Macarena at the Lincoln Pride Parade caused some backlash on Twitter.

The Lincoln’s Police Twitter account posted the video of four police officers dancing with the caption “And who can’t dance to the Macarena! @lincspolice All fun down at Lincoln Pride!”

The video caused controversy among some social media commenters, with comments calling the video “an utter embarrassment” receiving hundreds of likes.

One Twitter user, who received over two thousand likes, said: “You are obviously proud of this video, well the majority of people are not, you are not paid to dance in the street you are paid to protect us all, how did we get to this and who authorised it.”

Mr Spencer wrote a recommendation for how the police should behave at public events.

He said: “When deployed at public events it is essential that officers consider the balance between engaging with those at the event and the potential impact of their activities on the wider public’s confidence in policing.”

Conservative Party leadership hopeful Liz Truss has pledged to cut crime by 20 percent by 2024 if she becomes Prime Minister next week.

The Foreign Secretary has said she would have the police “get back to basics” and spend their time “investigating real crimes, not Twitter rows and hurt feelings.”

She said: “People can trust me to deliver and these league tables will help hold the police to account, making our streets safer and our country more prosperous.”

He said: “Our police forces must be fully focused on fighting actual crime in people’s neighbourhoods and not policing bad jokes on Twitter.

“It will be my top priority in government to keep the British public safe – and I will do whatever it takes to make that happen.”