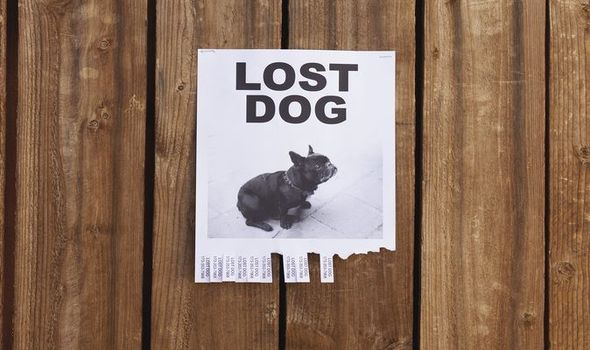 But now owners are increasingly being preyed upon by heartless crooks who are demanding ransom money for animals that they don’t actually have. DogLost, an organisation that helps trace missing pets, says that since the pandemic puppy boom it has seen a spike in calls to owners demanding cash. Pet tracing organisations urge people whose dogs are missing to make them “too hot to handle” by sharing images and descriptions on social media, along with heartfelt pleas, in the hope the pet is spotted and handed over.

But speculative scammers are taking advantage of their distress by calling them up with demands for money. Justine Quirk, from DogLost, said: “These people are the lowest of the low. It’s a new way of preying on very vulnerable people. These are the kind of despicable criminals that would target the elderly with distraction burglaries and con them in their homes.”

Dog theft has increased 170 per cent since the first lockdown in March 2020. In 2017, 172 dogs were stolen and last year the figure shot up to 465. This year it’s expected to rise to 500, with prices skyrocketing as demand for pets far outweighs the number of litters from ethical breeders. Heartbreakingly, many dogs are believed to be ending up in illegal puppy farms.

In the summer, thieves targeted Brookfield Farm Kennels. in Spondon, Derbyshire, taking two male cockapoos, Elvis and Tony, and Remi, a female cocker spaniel, all under a year old. Elvis was in training to be a therapy dog for owners Natallie and Andrew Cobden’s son Oscar, six, who has autism.

Natallie said: “We put him in kennels as we were going away with friends and he’d been there before, we thought he was safe. Elvis has helped my son Oscar with his autism as he can have angry episodes. Elvis would sit with him and he’d calm down. Having him even stopped his stutter but that’s come back.

“We’ve had three people call us, often when I’m out with the kids, so I have to be calm for them. But you hear dogs whining in the background as they’re asking for money and saying sick things like they’ll turn him into dog food.

“I’ve been so close to paying, I’ve pulled over on the side of the road and been so close to making the payment for one caller who said pay £100 and they’d leave him tied up outside a prison in Preston. They have zero idea of the impact of their actions on my family. It is so harrowing for us all and we feel even further away from getting him back.”

Cockapoos have almost trebled in value from £900, in 2019, to £2,500 in 2021 according to website Pets4Homes. Cocker spaniels have seen a similar price increase.

Mikhala Croft, 33, who owns Remi, has had a series of distressing calls from people claiming to have her cocker spaniel puppy. The carer and her husband Adam, 30, bought Remi as a companion for children Chloe, 13, Harrison, six, and Aiofe, two. Having Remi helped Harrison, who has ADHD, and Mikhala has spent months searching for her.

She said: “I had a call a week after she went missing asking for £500. I was ready to pay the money and took the bank details but the police told us not to, it was a scam. It’s a horrible thing to do, they know how desperate we are, they know three children want their dog to come home.

“They have no remorse. Police have shared the call with other forces and there have been a few arrests and one puppy seized, but not Remi. Harrison asks every day, ‘When are the bad guys going to give her back?'” Remi has a distinctive white marking on her chest, and a docked tail which is unusual and Mikhala and her family hope someone will recognise her.

The third dog, Tony, also a cockapoo, was due to go to his forever home but was staying in the kennels while Yappy Ever After dog rescue carried out home checks.

The charity said: “Tony has already had too much bad luck in his life and we had a family who were ready to give him a loving home.We need him back safe.”

Derbyshire Police have made a number of arrests and inquiries into the theft and scam calls but no one has been charged. A spokeswoman for the force said: “If anyone who has reported a dog as stolen or missing receives a call like this, we would advise that you do not respond but instead call the police.”