A 20-year-old man has appeared in court and denied the “horrific murder” of PC Andrew Harper in Berkshire.

The police officer was responding to a reported burglary last Thursday when he died after being dragged along by a vehicle near the village of Sulhamstead.

Jed Foster, who is accused of killing the 28-year-old newlywed, appeared in the dock at Reading Magistrates’ Court on Tuesday in front of a packed public gallery.

His lawyer Rob Jacques told the court: “On behalf of him and his family I want to say three things. He denies any involvement in the horrific murder of PC Harper.

“We urge the police to follow all lines of inquiry and for the public to come forward and co-operate,” he said. Mr Jacques and Foster’s mother, Jo, repeated the appeal outside the court after the three-minute hearing.

Foster, of Pingewood in Burghfield, near Reading, is also charged with the theft of a quad bike. Wearing a grey prison-issue tracksuit, he spoke only to confirm his name, date of birth and address.

He was handcuffed as he left the dock and remanded in custody until tomorrow when he will appear at Reading Crown Court. Foster was charged with the police officer’s murder on Monday night after detectives at Thames Valley Police were given an extra 24 hours to question 10 suspects in total.

PC Harper described as “well-known across the force”, had married his wife Lissie at Ardington House in Oxfordshire just four weeks before his death. He was due to go on honeymoon this week.

She spoke about her loss for the first time yesterday and described her husband as “the kindest, loveliest, most selfless” person. 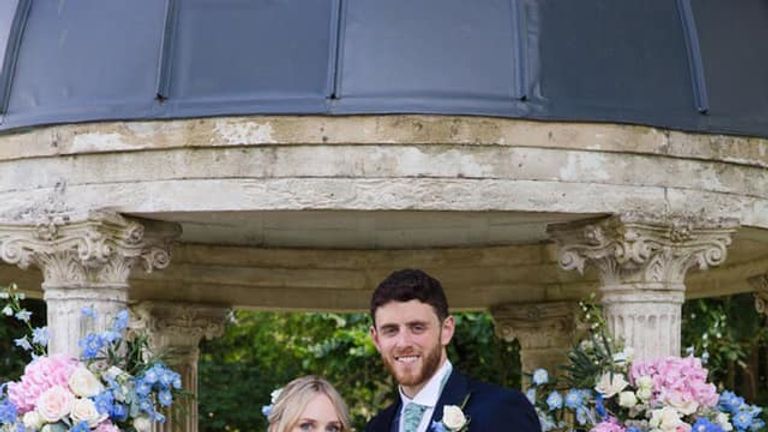 She wrote: “The lights have dimmed on all of our lives now that you are no longer here.

“You kept me going if I was down and took care of us all until the last.”

She added: “My heart is broken without you, my sweetheart, but my god I feel so lucky that it was me you chose to share your amazing life with.

“I will never ever stop loving you and I feel so grateful for the happiest 13 years of my life.

“Our superman, our bodyguard, our light in the dark. My god we will miss you. Forever you will be remembered as the best of us. I will carry your love with me always.”