Eco-activists have hurled pea soup at a Vincent Van Gogh painting in Italy.

‘The Sower’ was targeted by four women from the Ultima Generazione (Last Generation) group.

Thick droplets of soup could be seen dripping from the priceless painting in footage from the incident.

Protesters also glued themselves to a nearby wall after throwing the soup at the artwork.

They shouted slogans in protest against global warming and fossil fuels during the stunt.

One said: ‘We shouldn’t get angry about a painting that is protected by glass and will be clean tomorrow and we don’t get angry because we don’t know that we are losing food and water.’

The Sower is part of an exhibition at the historic Palazzo Bonaparte in Rome’s city centre. 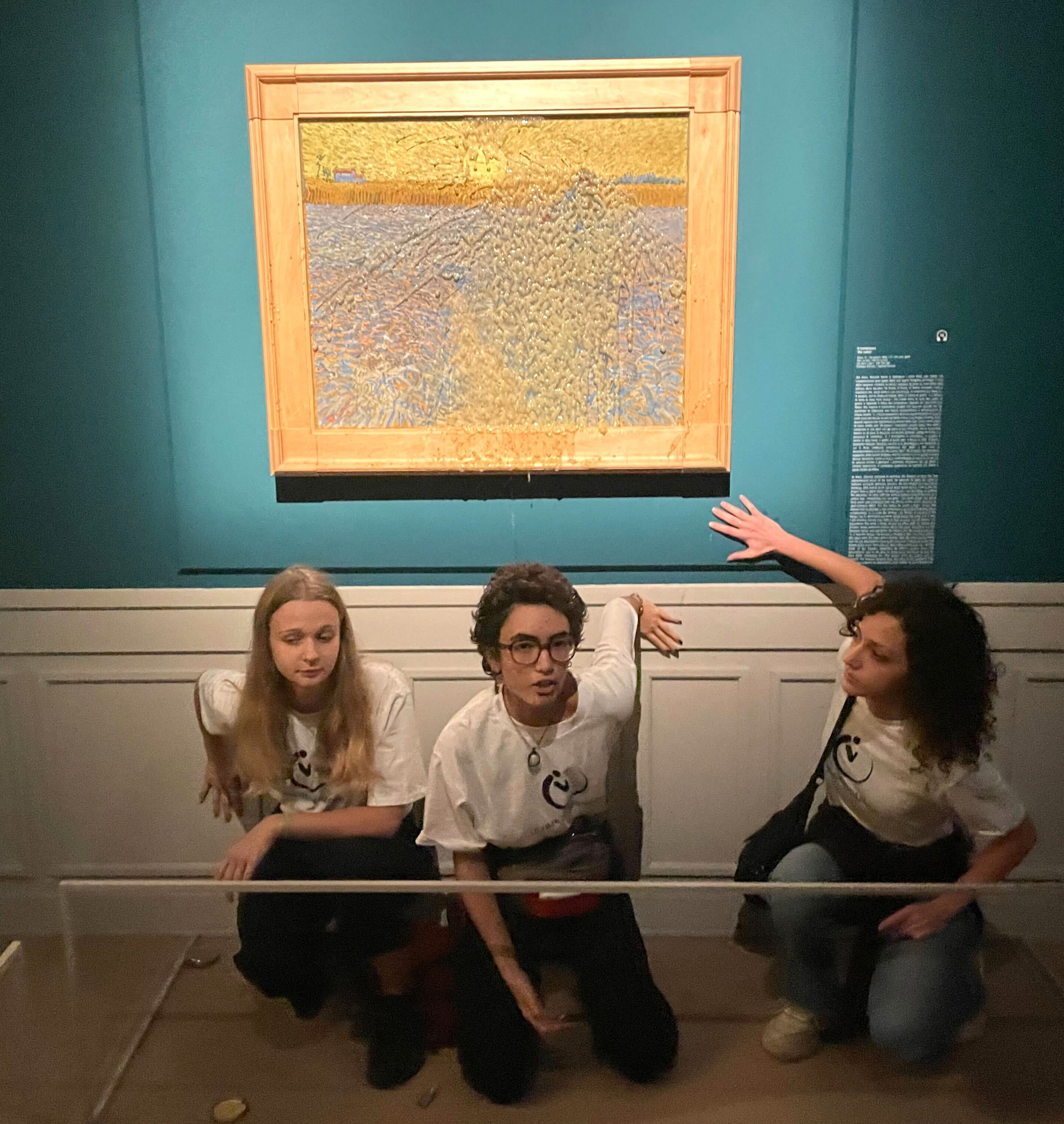 The painting, on loan from the Kroeller-Mueller Museum in the Netherlands, was protected by a glass screen and did not suffer damage, said Camilla Talfani, a spokesperson for the exhibition organizers.

Today’s incident is the latest in a series of art-based protests by climate change campaign groups.

It comes after another Van Gogh work, ‘Sunflowers’, was targeted in London by climate change protesters.

Heinz tomato soup was thrown towards the painting which, like in today’s protest, was protected by a glass screen.

Demonstrator Phoebe Plummer, 21, had said: ‘What is worth more, art of life?

In a statement, he said: ‘Culture, which is a key part of our identity, should be defended and protected and not used as a megaphone for other forms of protest.’

Representatives from nearly 200 countries will gather in Egypt next week for the COP27 climate change conference, as pressure for tougher action to tackle global warming grows.