The 17-year-old managed to capture footage of what he described as a big cat on the loose in the wilds of the Peak District. Josh Williams has recalled watching as the panther-like creature devoured a “dead sheep” as he and a friend watched on in stunned silence.

He said: “We were both confused when we first saw it.

“We stood staring at it and questioning what it could be for around five minutes before I decided to start recording so that I could zoom in and get a better look.

“We tried attracting its attention so that it would turn and face us so that we could get a better understanding of what we were looking at.

“We honestly had no idea what it could be if not a big cat.”

JUST IN: Macron and Scholz in crunch talks as Germany infuriates EU 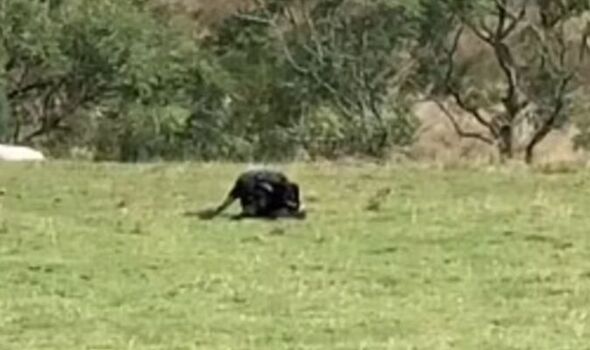 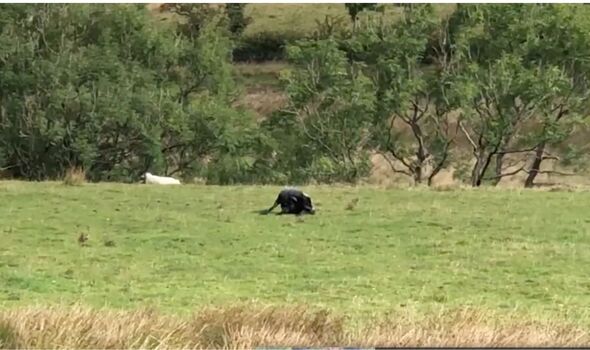 “It was in a field of sheep with no different animals around, and it appeared to have a long black tail, so it definitely wasn’t a sheep.

“We didn’t hear much noise coming from the wild cat, just the occasional crunch, which made me think it was feeding on something like a dead animal – most likely a sheep.

“We could instantly tell it was something different the moment we laid eyes on it – we both saw it at the same time and gave each other a confused look.

“I could tell we were both thinking the same thing as the day before, we were actually discussing the possibility of us running into a wild cat whilst on our trip.”

The pair attempted to call the animal to get its attention before opting not to approach it in fear of being attacked by the creature.

They added: “The animals around it were seemingly unbothered, but they were certainly keeping their distance, as if they were used to this happening. It was eerie.

Josh said: ‘We were standing looking at the animal for around 10 minutes trying to get its attention, but it didn’t budge – it just kept doing the exact same thing it was doing in the video. 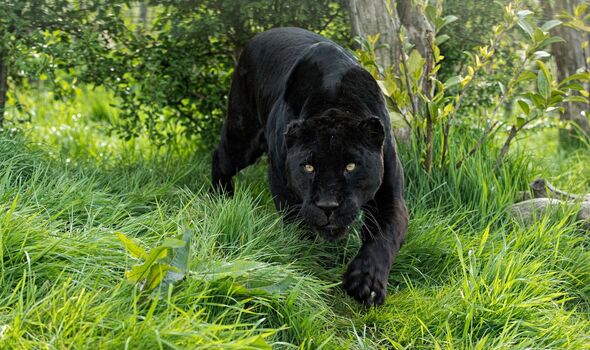 “We didn’t go closer as we were behind a fence and didn’t want to run the risk of becoming cat food.

“The reason we didn’t stay for longer was that we had a train to catch and were running a bit behind on time after watching this animal for so long.

“It just remained in the same position as we walked away.”

“We didn’t go closer as we were behind a fence and didn’t want to run the risk of becoming cat food.