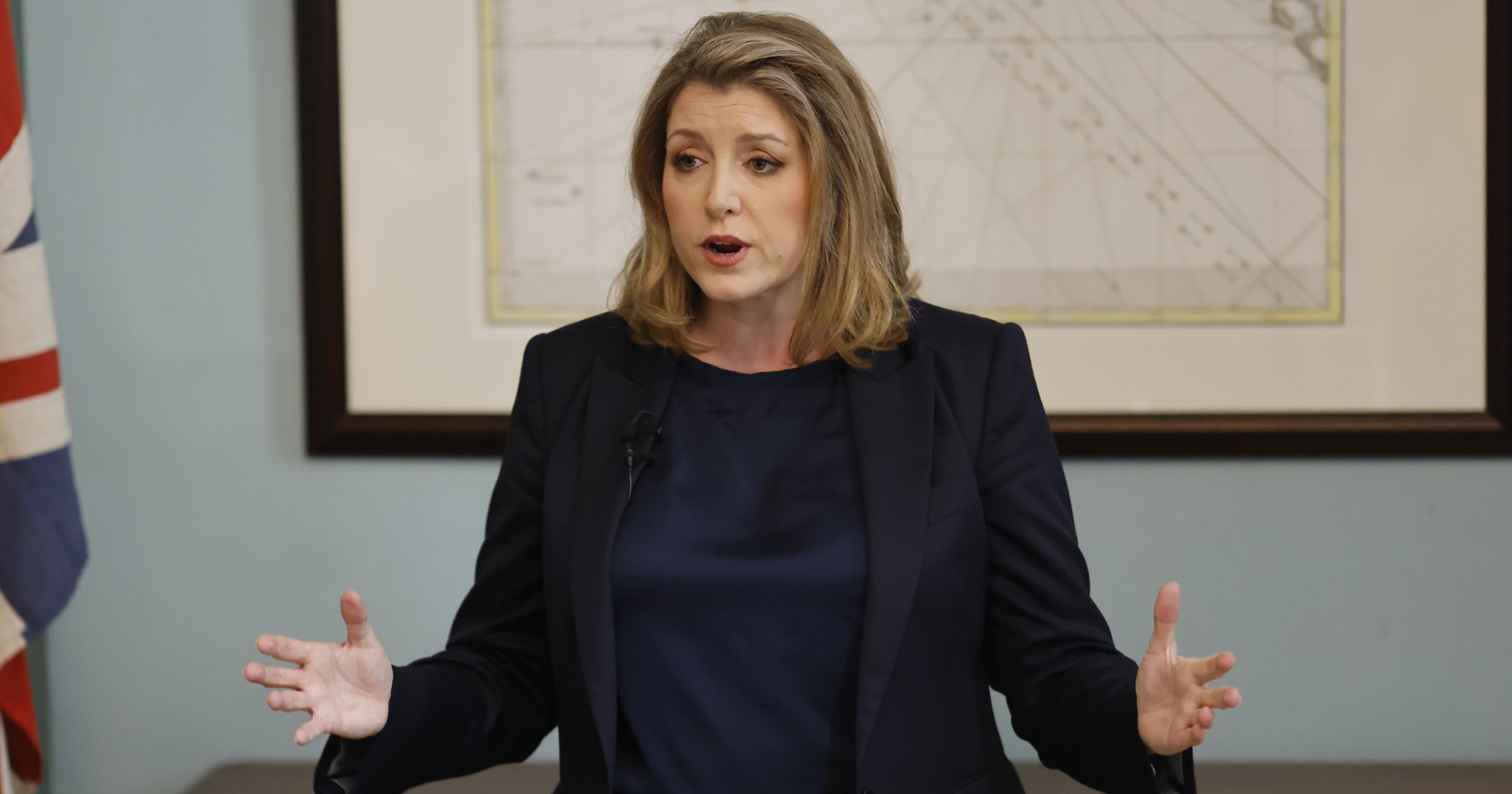 A new poll of Conservative party members has put Penny Mordaunt on track to win the Tory leadership contest.

The snap YouGov poll shows Ms Mordaunt is the new favourite for leader among party members, after the previous preferred choice Ben Wallace decided not to stand.

The poll asked more than 870 party members to choose which confirmed leadership candidate they ‘most wanted to replace Boris Johnson’ with 27% saying Ms Mordaunt.

Kemi Badenoch came second with 15%, followed by Rishi Sunak and Liz Truss who both got 13% of the vote.

Ms Mordaunt also came out on top when candidates were pitched head to head, beating everyone she was theoretically paired against.

Her closest competitor in head to head challenges is Ms Truss, who she would still beat by 55% to 37%.

The results of the snap poll give Ms Mordaunt a huge boost ahead of the first round of voting in the leadership race which got underway at 1.30pm.

The results are less encouraging though for other contenders though, including Mr Sunak.

While the former chancellor is currently a frontrunner in the contest and expected to clear the first ballot with ease, he performed poorly in the head-to-heads presented in the poll.

The only candidate he definitely seems to beat at this stage is Jeremy Hunt, by 57% to 25%.

While he is tied against both Suella Braverman and the current chancellor Nadhim Zahawi.

MPs have already started voting in the first ballot of the race to replace Mr Johnson, with Mr Sunak the first candidate to cast a ballot.

Ms Mordaunt was also among the candidates to vote early, arriving at a Commons committee room not long after launching her leadership campaign in central London.

Asked how she was feeling, she told reporters: ‘Good, good, early days. Too early to tell.’

Mr Hunt, who is expected to come under pressure as the contest heats up, gave a thumbs-up after he voted.