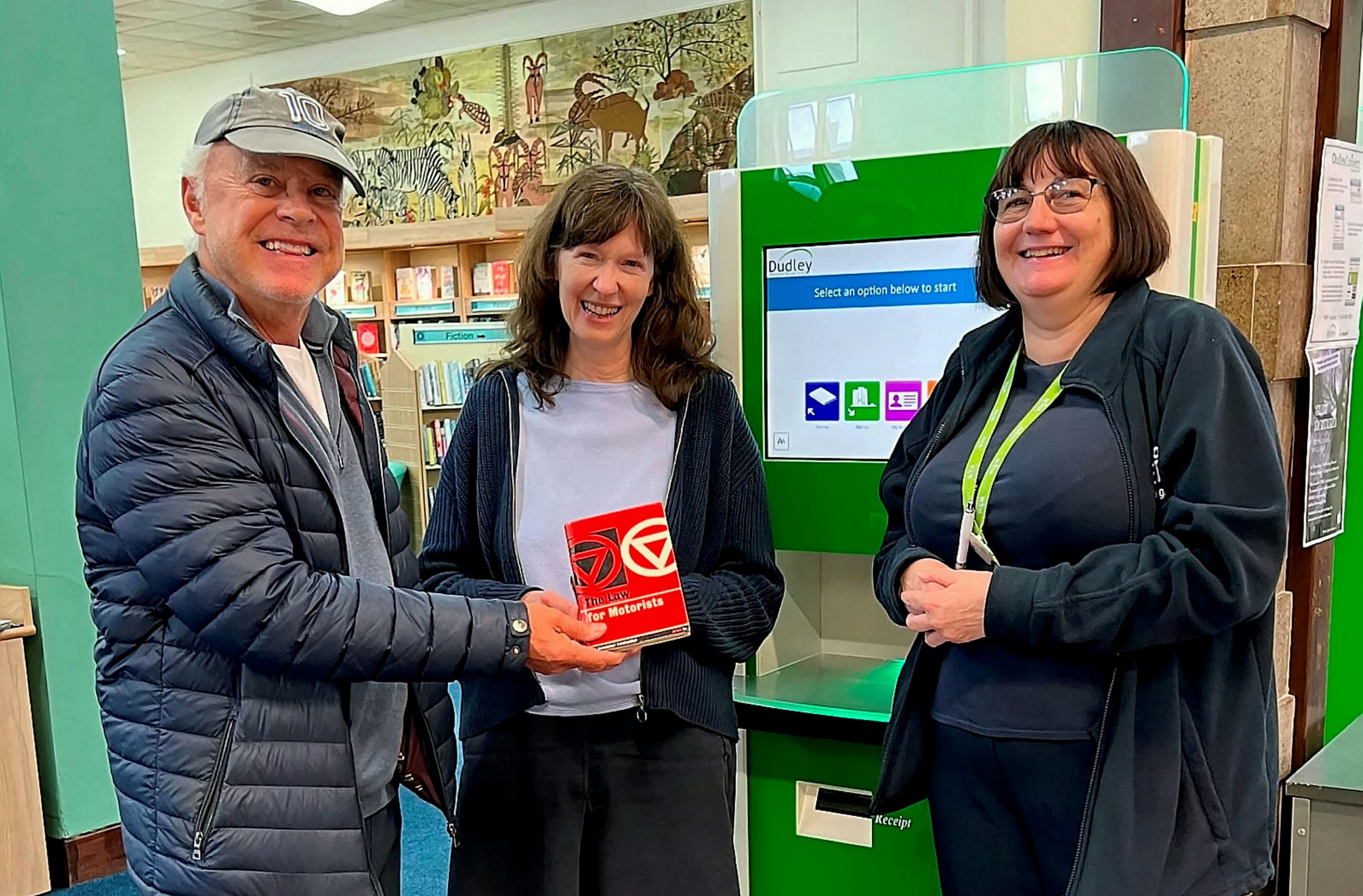 A pensioner has returned an overdue library book 58 years late – after racking up a whopping £42,340 in late fees.

David Hickman was just 17 when he borrowed ‘The Law for Motorists’ in 1964.

He took out the book to swot up after being involved in a car accident.

David had been waving to a group of teens from Dudley High School for Girls when he crashed into a car belonging to town mayor Councillor W.G.K Griffiths.

He was arrested and, to make matters worse, the mayor was also a magistrate.

Despite David’s attempts to use the book to gen up on the law, the teenager was convicted of driving without due care and attention.

Dudley Magistrates fined him £7 – around £175 in today’s money – and ordered him to cough up a further £3 in lawyers’ fees.

After losing the case, David forgot to return the library book and it ended up being put in the back of a drawer.

When the father-of-one moved from Dudley to London in 1970, the Law for Motorists made the journey too.

This week the 76-year-old finally drove back to his hometown to ‘face the music’ and returned the book in person.

With overdue fines of 20p a day, librarians could have charged David £42,340 for the book but they waived the fees after hearing his amusing story.

David, a retired hotelier said: ‘My car was a 1947 Ford Popular and, in those days, if you had “wheels”, you were top of the food-chain when it came to getting the attention of girls.

‘I’d been waving to the girls coming from the school and my car drifted into the middle of the road. I was shocked to see the mayor.

‘I borrowed the book to look to see if I had any defence.

‘My mother was furious when I went to court. People were more concerned with complying with authority back then.

‘I even tried to buy the newspaper hoarding that listed the day’s headlines so that she wouldn’t see it.

‘It said, “Crash With a Civic Touch”. Later, she came to see the funny side..’

Over the years the book remained almost forgotten at the back of a drawer.

David added: ‘I used to come across it now and then and think ‘I must pop that back next time I’m in Dudley.

‘I even considered posting it anonymously but then I decided I would face the music and take it back in person.

‘Fortunately, they saw the funny side.’

Dudley librarian Sharon Whitehouse said: ‘I’m thrilled to have the book returned, complete with its pre-computerisation cardboard tickets, and to hear the story behind it.

‘We’re hoping to donate it to The Black Country Museum.’