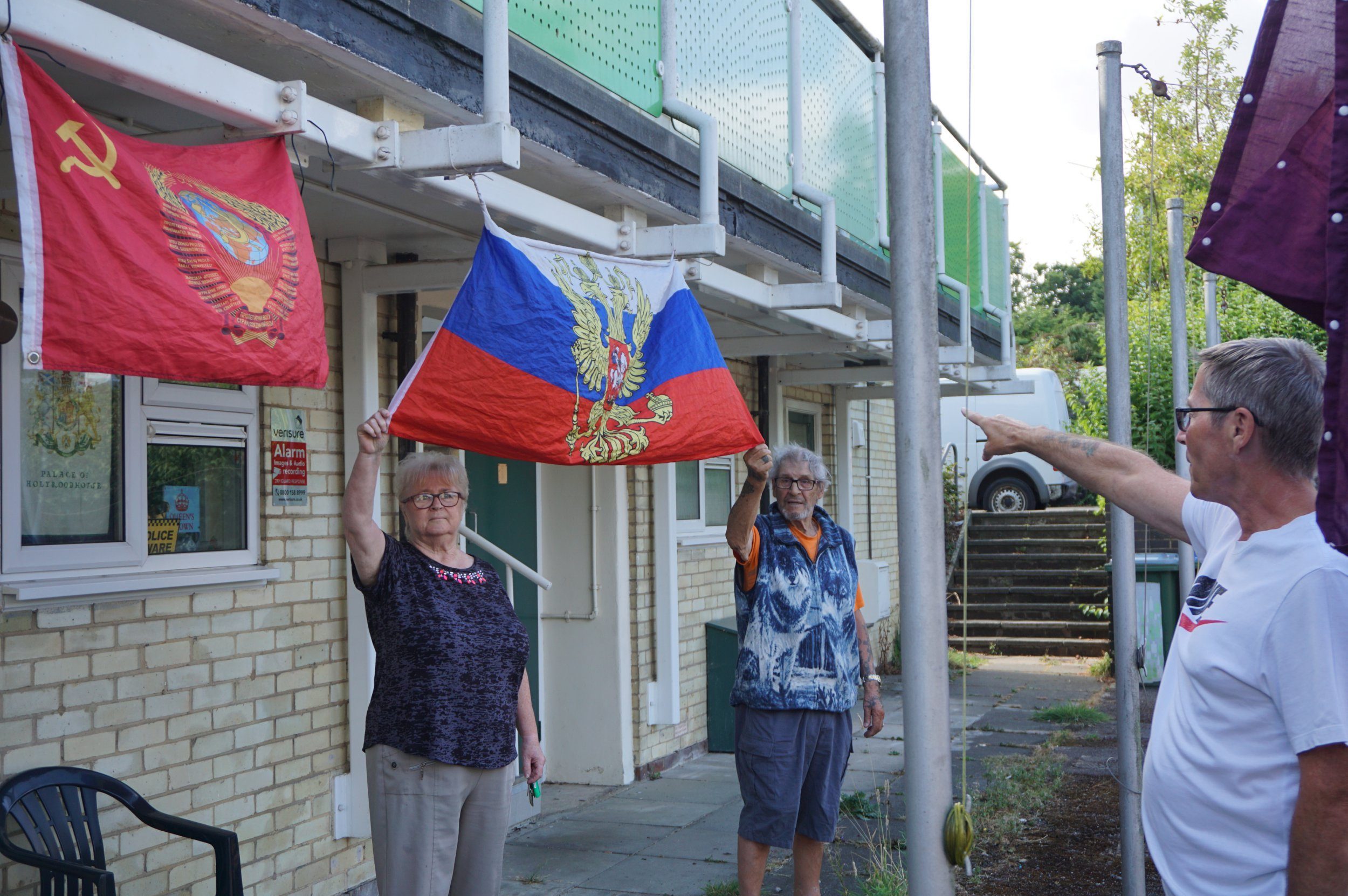 Two Russian flags hung from a flat by a pensioner have been taken down following a visit from the police.

There was quite a stir in an over-60s block of flats in Dunkirk Road, Southampton after the Russian presidential flag and the Soviet Union State Emblem appeared in a communal walkway last month.

Residents fear young people might see them and ‘kick off’ due to strong public support in the UK for the people of Ukraine.

Although it is not illegal to fly Soviet or Russian flags in the UK, one resident became so concerned following their arrival last month he contacted the police.

After a visit officers, the flags were quietly removed and no crime was logged as being committed.

Resident Tony Johnson, 72, said: ‘The police came up and made him take them down.’

‘I am very happy. Everybody is but we are still a bit wary of him. They let him keep the other flag, the American one, up but the other one was out of order.

‘They wouldn’t leave until he took them down.’

Another resident, Margaret Wragg, 76, told the Daily Echo she ‘couldn’t believe it’ when she first saw the flags, and was told not to touch them upon confronting their owner as they ‘belonged to Putin’.

‘There’s going to be trouble,’ she said. ‘We just want to live our lives in peace, that’s all we want to do at our age.’

Fellow neighbour Steve Neary was the one to alert the press and police to the flags, returning home from holiday to find them on display outside his neighbour’s door.

‘The police turned up at around lunchtime and informed him that the neighbours are up in arms,’ he said.

‘He took them down within a couple of hours. No problems at all now.’

The owner of the flags, who wished to remain anonymous, said although he is a fan of President Putin, he ‘does not agree with the war’.

He said he was also a fan of former Soviet president Mikhail Gorbachev and had enjoyed watching the Russians during previous Olympic Games.

‘I can sympathise with people who have been killed during the war,’ he said.

‘But Ukrainians aren’t the only people who have been killed.’

A spokesperson for Hampshire police said: ‘An officer gave advice to the occupant who agreed to move the flags inside and the incident was filed as no crime had been committed.’