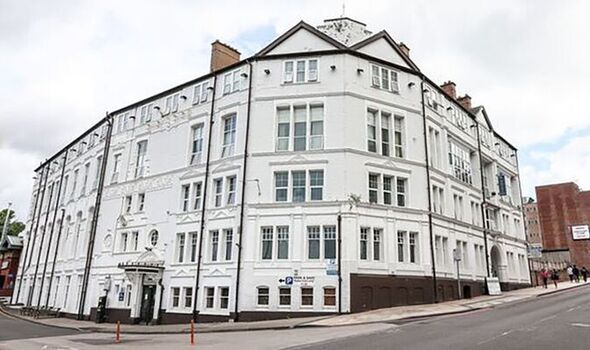 A pensioner is furious after her gym membership was cancelled without warning to allow a hotel to accommodate asylum seekers.

The woman, who asked not to be named, paid £135 for a six-month membership at Best Western Stoke City Centre only two weeks ago. The 71-year-old woman will now have to find an alternative fitness centre after finding out about the gym closure in a local newspaper.

The OAP, from Bucknall, Stoke-on-Trent, said: “We joined the gym because of health reasons, we were told to exercise. They spent £75,000 on the pool which is now closed. It makes you wonder how much money they are getting to cover that? What sort of inducement has the government given?

“We should have had letters, not just as a matter of legality, but professionalism and courtesy. It was an insult. Nobody cares about us at all. I feel like the company has just tossed us aside.

“If we didn’t read the Sentinel we wouldn’t know anything. It just shows the disrespect. We’re treated like trash. I’m horrified that the managers have treated us with such little respect and contempt.”

Multiple hotels are being used across the country, as pressure mounts on the Home Office to process asylum claims, Stoke-on-Trent Live reports.

The woman has since been offered a refund on her membership.

But she feels the wider migrant system is “collapsing”.

“I do feel people in Stoke-on-Trent are getting short changed. To me, the whole system is collapsing. I would say the minute they hit the beaches, we process them on the beaches. There’s young fit men who can go and clear snow or work as porters in hospitals, the women can work as anything that helps,” the woman added.

“I’m appalled the government has given so little thought to what’s going on in Stoke-on-Trent. I’m not saying nowhere should be found for them, but we’re a poor city, we’re looked down on. People say the best thing in Stoke-on-Trent is the road out.”

Stoke-on-Trent City Council, which Labour lost to no overall power in 2015, tried to oppose the use of the nearby North Stafford Hotel last month.

But analysis from the organisation Migration Watch UK has estimated roughly £1.3 billion a year is spent by the Government on housing, with that figure potentially higher given the volume of people landing on the southern shores of England this year.

Braverman grilled on how asylum seekers can apply outside of UK

Other Best Western establishments, including the historic Derby Midland Hotel, have been used to house asylum seekers this year.

Stays and weddings have been cancelled or postponed at all hotel chains affected.