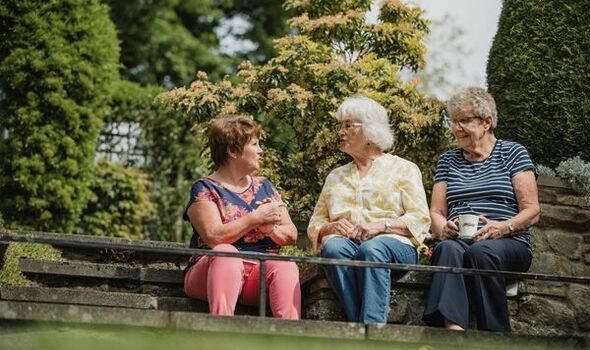 The Office for National Statistics (ONS) data prompted calls for “greater urgency” on the part of the Government to prepare more for the country’s rapidly growing ageing population.

There was also renewed support for the Daily Express crusade for the appointment of an Older People’s Commissioner to support the rights of pensioners.

The part of the East Anglia coastline that stretches from Wells to Cromer and North Walsham is the first area in England and Wales where one in three people are estimated to be aged 65-plus.

North Norfolk local authority had the highest proportion of over-65s on census day 2021, making up 33.4 per cent of residents, according to the first tranche of data relating to the Census 2021 in England and Wales.

Close behind was Rother in East Sussex on 32.4 per cent, followed by East Lindsey in Lincolnshire (30.4 per cent) and East Devon (30 per cent).

In total, there were 56 local areas in England and Wales where over-65s accounted for at least a quarter of the population on census day, up from just seven areas in 2011. 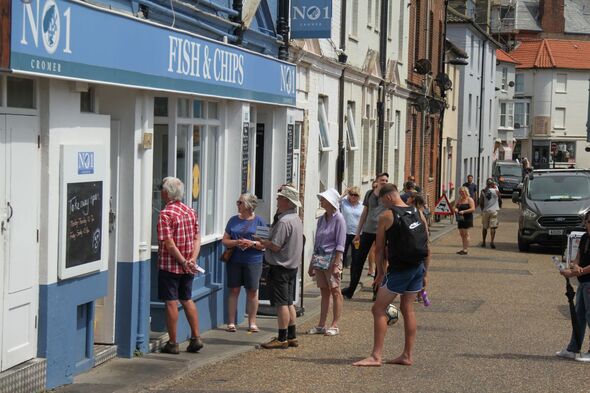 Aideen Young, of the Centre for Ageing Better, said: “This census data is a fresh wake-up call, a stark reminder that we must act with greater urgency to adapt to England’s ageing population.

“We need to future proof our housing stock so we have homes fit for people to grow old in.

“We need to change our workplaces so people can continue working for as long as they want and are able to.

“We need to tackle inequalities which mean more and more people are living their later lives with poor health and in poverty, and we need to tackle the widespread and pervasive ageism that exists throughout society.

“The new Census data makes an even more compelling case for England to have an Older People’s Commissioner, in line with Wales and Northern Ireland.

“They need an independent voice pushing government and society to respond to population ageing in a strategic and joined-up way.”

Pensioners accounted for 23 per cent of the population of North Norfolk in 1981 and had reached 28.8 per cent by 2011, before hitting 33.4 per cent in the latest census.

All the top 10 areas with the highest proportion of over-65s in 2021 were on the coast.

By contrast, nine of the 10 areas with the lowest proportion of over-65s were in London, with Tower Hamlets ranking last on 5.6 per cent.

An increase in the number elderly people means more pressure on public finances to pay a higher pension bill.

“Put simply, the proportion of people paying into the system is shrinking while the number of people reaching pensionable age continues to grow.

“Currently, the average pension pot after a lifetime of saving stands at just £61,000, which when added to the state pension makes for an income of just £12,000 annually.

“If you plan on being among the half a million people who currently live into their 90s, then that’s very thin gruel indeed — and getting thinner every day.

“There’s never been a more urgent need for workers to look at their retirement nest-egg and ask themselves if they will have enough to survive.”

However, the data signals a slowdown in population growth from the 7.1 per cent recorded in 2011, the ONS said.

More than 20m households across England and Wales filled in census questionnaires in spring last year, with a record 89 per cent of responses completed online.

Jen Woolford, of the ONS, said: “The first census estimates are hugely important as they underpin everything from the calculation of GDP, employment, wellbeing and, (now), COVID rates.”