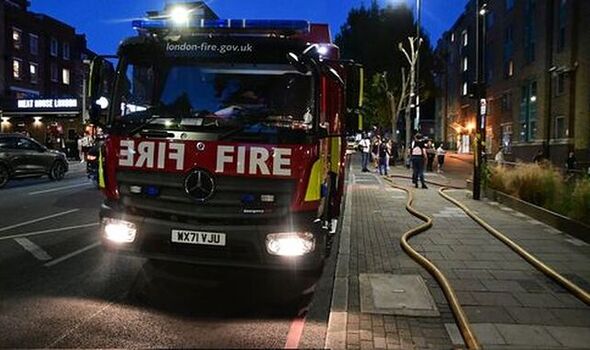 KINGS CROSS in London is “covered in smoke” due to a fire on Pentonville Road in Islington, a report has claimed.

Londoners have shared footage of the smoke coming from the fire on social media, with one calling it “eerie.

In one video uploaded to Twitter, the atmosphere is smoky while personnel from the London Fire Brigade (LFB) can be seen attempting to get to the scene.

The LFB told MyLondon that there is a fire on Pentonville Road but did not provide any further details.

They said: “Police are assisting London Fire Brigade with road closures following a fire at a building in Pentonville Road. Please avoid the area.”

Just before 10pm, tweets from reporters at the scene indicated that the fire was now under control.

“Office workers tell me they believe it started on the roof. Smoke still lingering around.”