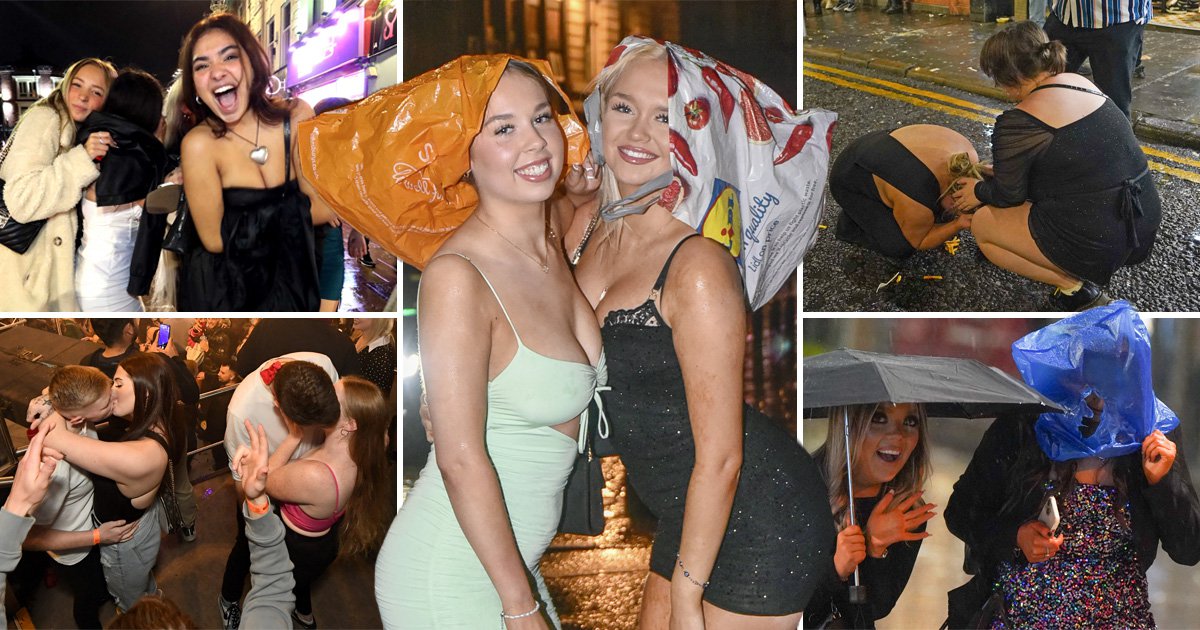 Going out on New Year’s Eve is somewhat like marmite – you either love it or you hate it.

Wherever you stand on the parties to welcome the new year, a picture is worth a thousand words and we have collated the best – or questionably, the worst – from last night.

Celebrations began early, with pubs, restaurants and bars already filled up in the early afternoon.

Some revelers opted out for practical wear, sporting trainers and jeans, but others put their best fancy dress, including giant traffic cones.

There were also people in tuxedos and glamorous sequin dresses and high heels.

People defied wet weather to welcome in 2023 after the Met Office issued yellow warnings for rain in south-west England and southern Wales, and warnings for ice and snow across the Scottish Highlands.

Thousands braved the wet weather in Leeds and Newcastle, heading to clubs and bars.

Lidl and Sainsbury’s shopping bags were used by a few resourceful partygoers to cover their hair as rain poured on them.

Others opted for raincoats to stay dry while queuing to get in clubs where music could be heard blasting until the early hours of the morning.

Despite pleas to people not to ‘get drunk for the sake of it’, some were spotted being sick on streets outside pubs.

Mike Gibbons, the commissioner of operations for St John Ambulance, had urged partygoers to ‘pace yourself’ due to the pressure on the health service.

But there were those who had to tap out from the celebrations before midnight.

The bong of Big Ben marked the beginning of the new year as more than 100,000 people watched the fireworks from the Thames Embankment in central London.

The sold-out show was designed to send a message of ‘love and unity’.

It highlighted the Lionesses’ history-making Euro win at Wembley Park, marked 50 years of London’s Pride with a message from Peter Tatchell, and sent a message of support to Ukraine.

The display also paid tribute to the late Queen, featuring a voice recording from her and words from Dame Judi Dench.