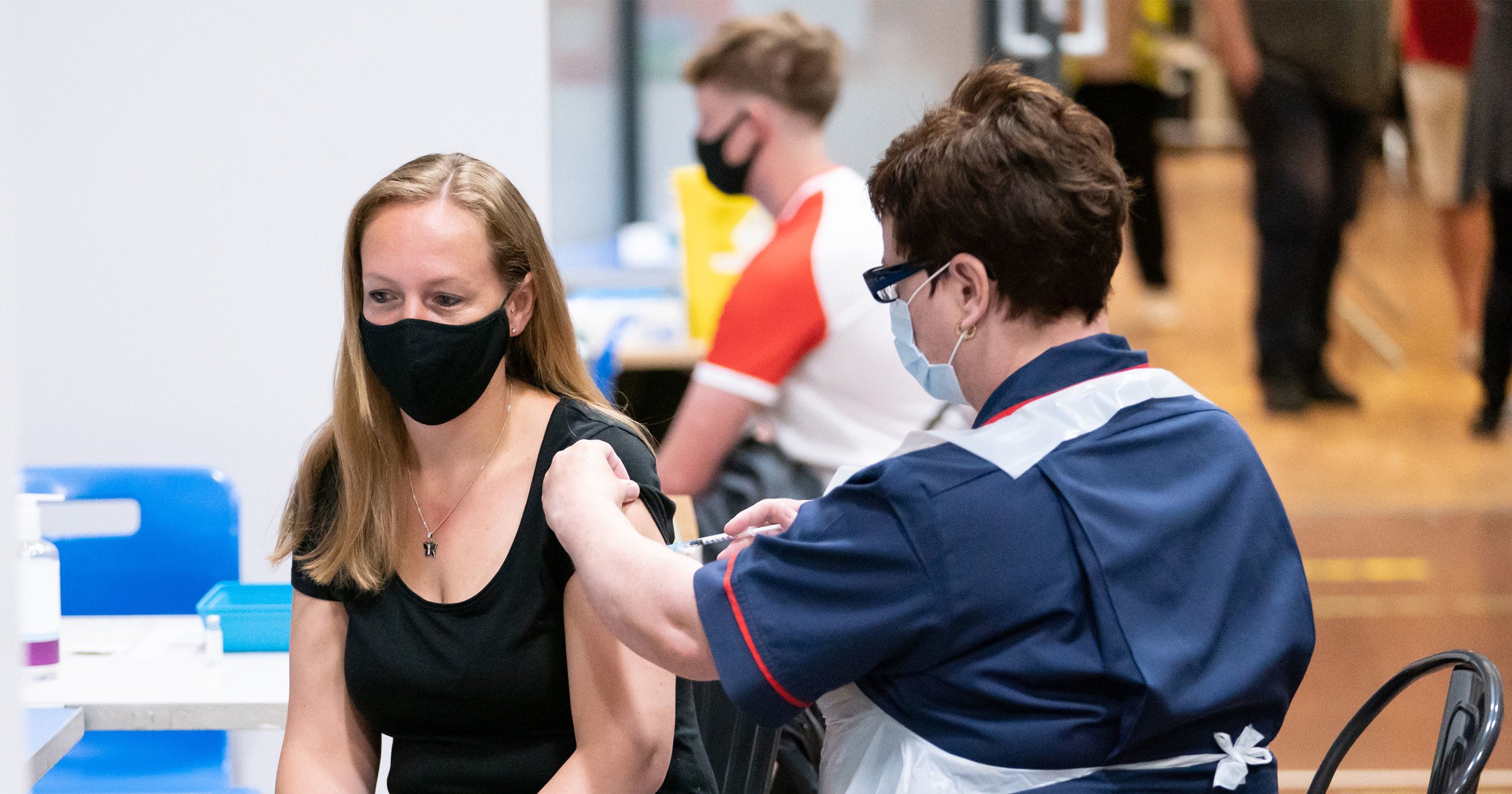 Covid vaccines start to become less effective after six months and may provide just 50% protection for the elderly come winter, a new study has found.

The ZOE Covid app has been tracking the coronavirus outbreak via data submitted by millions of users over the course of the pandemic.

Its latest data shows both the Pfizer and AstraZeneca jabs become less effective over time.

The Pfizer vaccine was 88% effective at preventing Covid-19 infection a month after the second dose, according to the app.

But after five to six months the protection decreased to 74%, suggesting protection fell 14% in four months.

With the AstraZeneca vaccine, there was a protection against infection of 77% one month after the second dose.

After four to five months this decreased to 67%, suggesting protection fell by 10% over three months.

The lead scientist for the app, Professor Tim Spector, said a reasonable worst-case scenario could see protection fall to below 50% for the elderly and healthcare workers by winter, raising fears the country could see a deadly fourth wave at the worst possible time.

Vaccines were rolled out among the older and the most vulnerable in society first, meaning the majority of people who had their second dose five to six months ago will be older or considered vulnerable due to other health reasons.

Viruses like Covid are much more likely to spread during the winter as more people mix indoors.

Prof Spector said: ‘If high levels of infection in the UK, driven by loosened social restrictions and a highly transmissible variant, this scenario could mean increased hospitalisations and deaths.

‘We urgently need to make plans for vaccine boosters, and based on vaccine resources, decide if a strategy to vaccinate children is sensible if our aim is to reduce deaths and hospital admissions.

‘Waning protection is to be expected and is not a reason to not get vaccinated.

‘Vaccines still provide high levels of protection for the majority of the population, especially against the Delta variant, so we still need as many people as possible to get fully vaccinated.’

The ZOE study started collecting data on vaccines in December last year and its research drew on more than 1.2 million test results and participants.

Pfizer’s own trials showed its jab reduced the risk of infection by 96.2% up to two months after the second dose.

There was an 83.7% reduction more than four months after the second dose, a 12.5% reduction.

Real world analysis would be expected to show less protection than clinical trials, and the vaccines were not trialled against the now dominant Delta variant of the virus.

While protection appears to decrease steadily, individual risk may vary due to individual variation in antibody duration, researchers say.