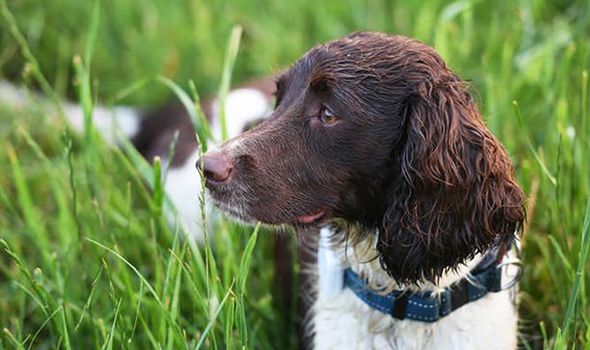 Thugs found guilty of cruelty to animals can now be jailed for up to five years. The Animal Welfare Act 2006 had previously only allowed judges to lock people up for six months. Daily Express readers have applauded the decision.

The new punishment will come into force in June in England and Wales, reports Hull Live.

RSPCA has praised the move but it says it has been “long overdue”.

The charity’s chief executive Chris Sherwood said: “This act is a huge step forward for animal welfare in the UK and we’re delighted that justice will now be served for animals.

“Tougher sentences will act as a stronger deterrent to potential animal abusers and will help us in our aim to cancel out animal cruelty once and for all.

“This reform is long overdue – for many years, the most violent and horrific abuse and cruelty received a maximum penalty of just a few months. We’re proud to have some of the best standards of animal welfare in the world but custodial sentences have long been letting us down.

“Every year our officers are faced with cases of the most unimaginable cruelty: animals beaten, stabbed, shot and burned; unwanted or elderly pets being drowned; wild animals shot with crossbows or set on fire; gangs forcing cockerels to fight to the death and breeders cutting off puppies’ ears to make them look tough.

“Since the bill was introduced, animals have been starved, shot, stabbed, beaten to death and drowned. At least now, in those cases that leave us heartbroken, our courts will be able to hand out sentences that truly reflect the severity of the crimes.”

RSPCA share the 'best rescues and releases' during lockdown

And Daily Express readers also welcomed the bill, after a string of cases recently of thugs being allowed to walk free from court after harming pets.

“It’s about time but it should be at least five years not ‘up to,'” another reader posted.

“About time if the judges carry it out,” one woman shared.

In 2017, the UK Government pledged to reform the maximum sentence for those prosecuted under the Animal Welfare Act, receiving support from cross-party politicians.

This bill was brought forward by Conservative MP Chris Loder as a Private Members’ Bill in June 2019.

Speaking previously, the 39-year-old politician said he was inspired to bring forward the bill by his own dog – Poppy.

He rescued the springer spaniel after finding her abandoned at the roadside in Dorset several years ago, having clearly been mistreated.