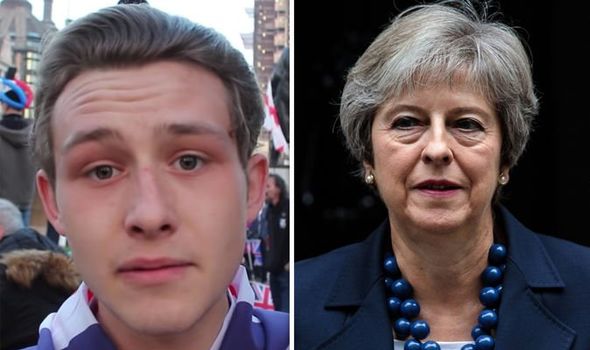 Thousands of demonstrators gathered around Parliament on March 29 to oppose any EU exit delay. The UK had originally been due to depart the EU on that date. However Theresa May negotiated a delay with Brussels to avoid a no-deal exit.

Speaking to Express.co.uk the union jack cloaked protestor said he felt “betrayed to be honest with you”.

He added: “17,410,742 people voted out, the biggest democratic exercise in British history.

“I come from the Midlands and I campaigned for the past few years for Brexit.

“This needs to be enacted because people were inspired to vote that had never voted in their lives.” 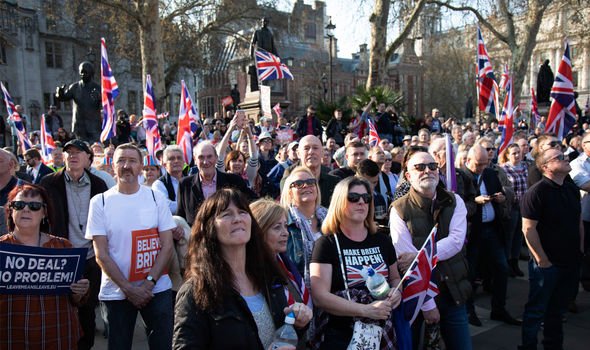 Asked what would happen if the UK doesn’t leave the EU he replied: “I’ve spoken to many voters since and they say they will never ever vote again”.

Mrs May reached an agreement with European leaders to extend Article 50, the official EU withdrawal mechanism, until April 12.

However she has indicated the Government will seek a further extension unless Parliament passes her Brexit deal.

Any extension must be approved by all 27 other EU member states, meaning the UK could potentially still be forced out on April 12. 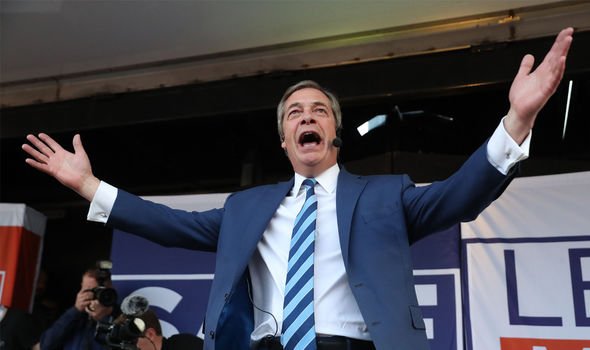 Mrs May held talks yesterday with Labour leader Jeremy Corbyn in a bid to find a Brexit plan that can command Parliamentary support.

This could potentially include permanent British membership of the European customs union, or a second membership referendum.

Some of the attendees had taken part in a pro-Brexit march from Sunderland to London, where they joined the protest in Parliament Square.