Express.co.uk readers voted in our poll on whether they would report their neighbours to the police for breaking the new rule. Some 61 percent of respondents said no, while 37 percent replied yes, and two percent did not know.

Commenting on the poll, one reader fumed: “No, never !!! I have never been a curtain twitcher and do not intend to start.”

Another wrote: “So much for social cohesion! When this is all over neighbours will still have to live together.”

“Why do we ignore Sweden rather than learn and adapt from the most successful long term country?” 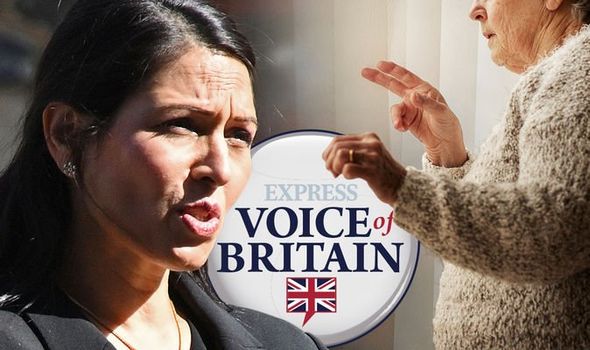 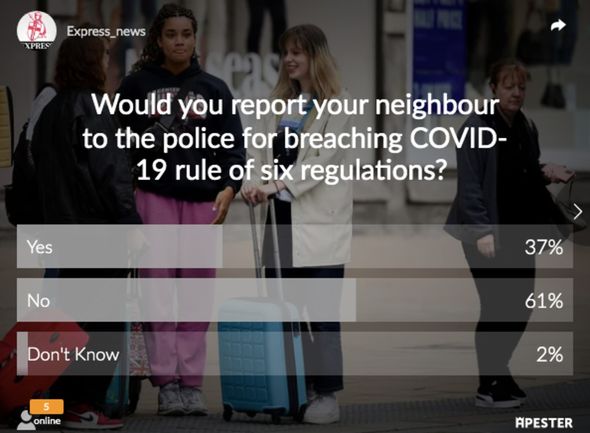 One added: “I voted no, but and there’s always a but, if it effected me directly then I would.”

But another said: “I voted yes but actually it depends on the circumstances. An organised rave with no social distancing then, ‘yes’. A neighbour having a get-together with say 10 guests then ‘no’.”

One more insisted: “If they are breaking the law then they should be reported.”

Our poll comes after Home Secretary Priti Patel revealed she would report neighbours over breaches of the rule of six. 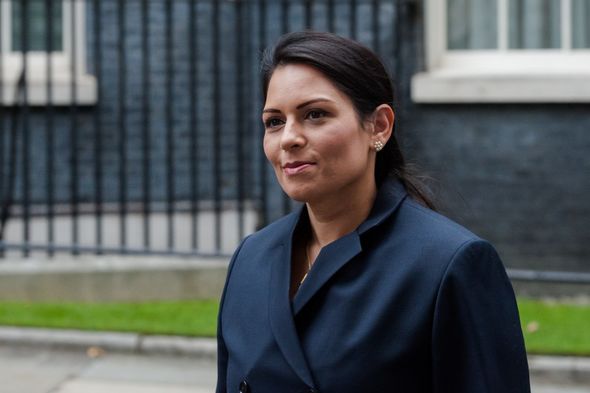 When asked if she would call the police if her neighbours flouted the new measure, Ms Patel told BBC Breakfast: “I don’t spend my time looking into people’s gardens.”

When pressed, she added: “I think anybody would want to take responsibility and ensure we’re not spreading this awful disease and therefore if I saw gatherings of more than six people clearly I would report that.”

The Home Secretary’s comments come after Policing Minister Kit Malthouse suggested people should ring the non-emergency 101 number if they have concerns that their neighbours are breaking the coronavirus rule.

Any social gathering of more than six people in England is now against the law, in a move aimed at combating the surge in coronavirus cases. 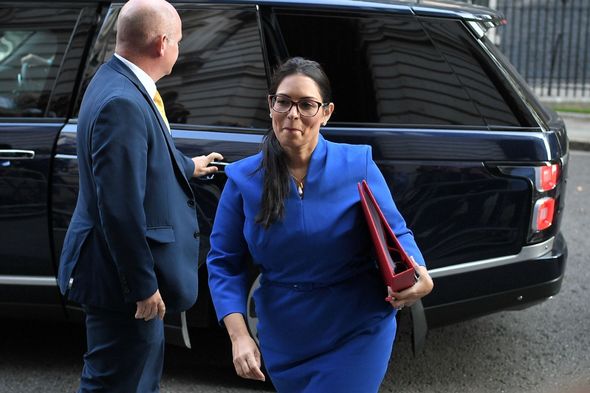 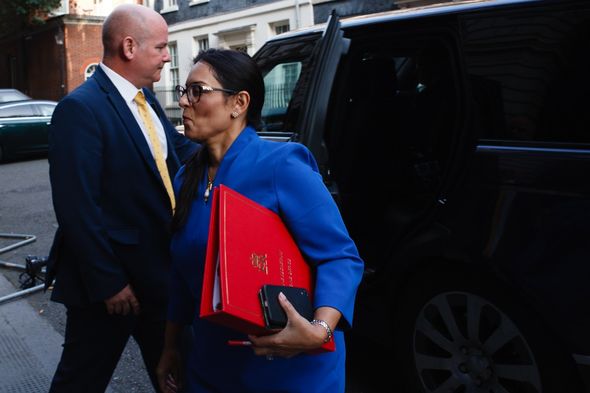 The new rule, which came into effect on Monday, applies to indoor and outdoor settings.

People can be slapped with fines of up to £3,200 if they do not abide by the restriction.

But there are demands for young children to be made exempt from the rule.

Chairman of the Police Federation of England and Wales John Apter has called for guidance over enforcement of the rule of six. 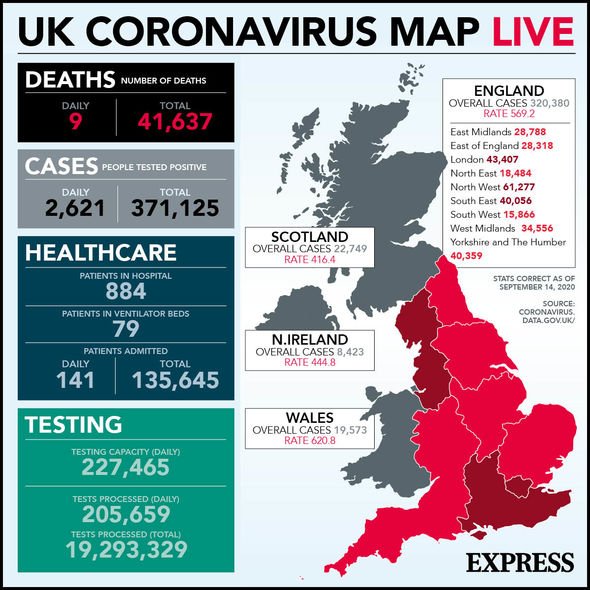 In response to a question on ITV’s Good Morning Britain about having “more guidance”, he replied: “Maybe we should have ‘guidance’, because we haven’t had any yet.”

He added: “But my colleagues who are on the front line trying to interpret this law, trying to educate and work with the public, are now being accused of asking (people) to snitch on their neighbours.”