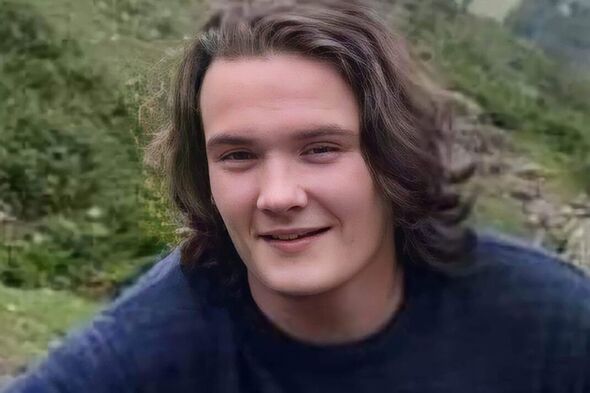 Dr Nighat says the difference between headaches and migraines

Parents of a 22-year-old “perfect son” have told an inquest how he died weeks after complaining of migraines and tiredness.

Much-loved Johnny Alfrey began to become concerned about his health and raised concerns to clinicians before his death on June 24 last year.

The university student, from Gtr Manchester, told his mother Julie Alfrey in May he felt “heaviness in his legs” when walking and in the days that followed he vomited and suffered migraines.

An inquest at Rochdale Coroner’s Court on Thursday heard that Johnny was also struggling to sleep or eat – symptoms he initially believed were the result of panic attacks as he had suffered from them in the past.

With the physical symptoms being so severe Ms Alfrey said she took her son to an urgent treatment centre at Rochdale Infirmary on May 23 where he collapsed while waiting to be seen.

She said: “He was wet with sweat and his lips were blue. I had to run to find somebody. He was slumped in his chair and they took him straight through.”

The inquest heard that Johnny was ‘put on a drip’ as doctors tried to figure out what was wrong with him.

Tests carried out by doctors uncovered Johnny had an irregular heart rhythm – referred to as a prolonged QT – which medics said was ‘probably benign’ due to his age. Johnny was referred to Fairfield Hospital but Ms Alfrey and her son left after being told they could be in a corridor overnight.

The inquest heard that an IT failure was impacting both Fairfield Hospital and Rochdale Infirmary at the time.

Johnny attended A&E on May 25 and Ms Alfrey after further tests a doctor told her there was “nothing to worry about” and put Johnny’s symptoms down to “a mental health issue”.

She said: “He said to me ‘this is anxiety. He is having panic attacks. We can’t treat anxiety here. You can’t bring him back with these symptoms’.”

Ms Alfrey added: “I was being fobbed off.”

During a visit to Rochdale Infirmary three days later on May 28, doctors informed Johnny that blood tests revealed he had an “abnormal liver function”.

He was again admitted to hospital before being discharged on May 31. Upon returning home, Ms Alfrey she initially noticed a slight improvement in her son as he began trying to eat more and playing video games and his guitar.

But despite the improvement Johnny’s condition worsened and Ms Alfrey said: “He couldn’t stand up. He was screaming ‘help me, mum. Help me. What is wrong with me? I’m dying.”

Johnny was admitted to hospital again on June 8 and Ms Alfrey said doctors informed her that her son’s his liver had failed and ‘now his kidneys had taken a hit’.

She said: “I think he knew he was dying. He kept saying ‘put me out of my misery’.”

Chris Charnley, Johnny’s father, told the inquest: “He kept asking me if he was going to die. He just wanted to hold my hand, he wouldn’t let go.”

The inquest heard that Johnny’s condition continued to worsen and he was transferred to Wythenshawe Hospital, where he died on June 24.

Dr Moataz Adnan, a consultant in emergency medicine at Fairfield Hospital, told the inquest that although doctors discovered that Johnny had an irregular heart rhythm, it was not believed to be linked to his symptoms. He added that while Johnny had complained of palpitations, they were not ‘abnormal’ and medics therefore put them down to anxiety.

However, Dr Adnan admitted that Johnny should have been seen by a cardiologist after an ECG carried out on May 30 showed his irregular heart rhythm had got worse. The focus at the time had instead been on Johnny’s liver function, he said.

Paying tribute to her son, Ms Alfrey described Johnny as ‘talented and clever’.

She said: “He was kind-hearted and gracious, he never had a bad word to say about anybody. He was looking forward to the rest of his life and had big plans.

“He was just a brilliant young man, so funny and a great big brother and a perfect son.”

Mr Charnley told the inquest that he ‘could not have asked for a better son’.

“It’s easy to describe their children as perfect but I would describe Johnny as a perfect son, he was not just my son, he was my best friend.”