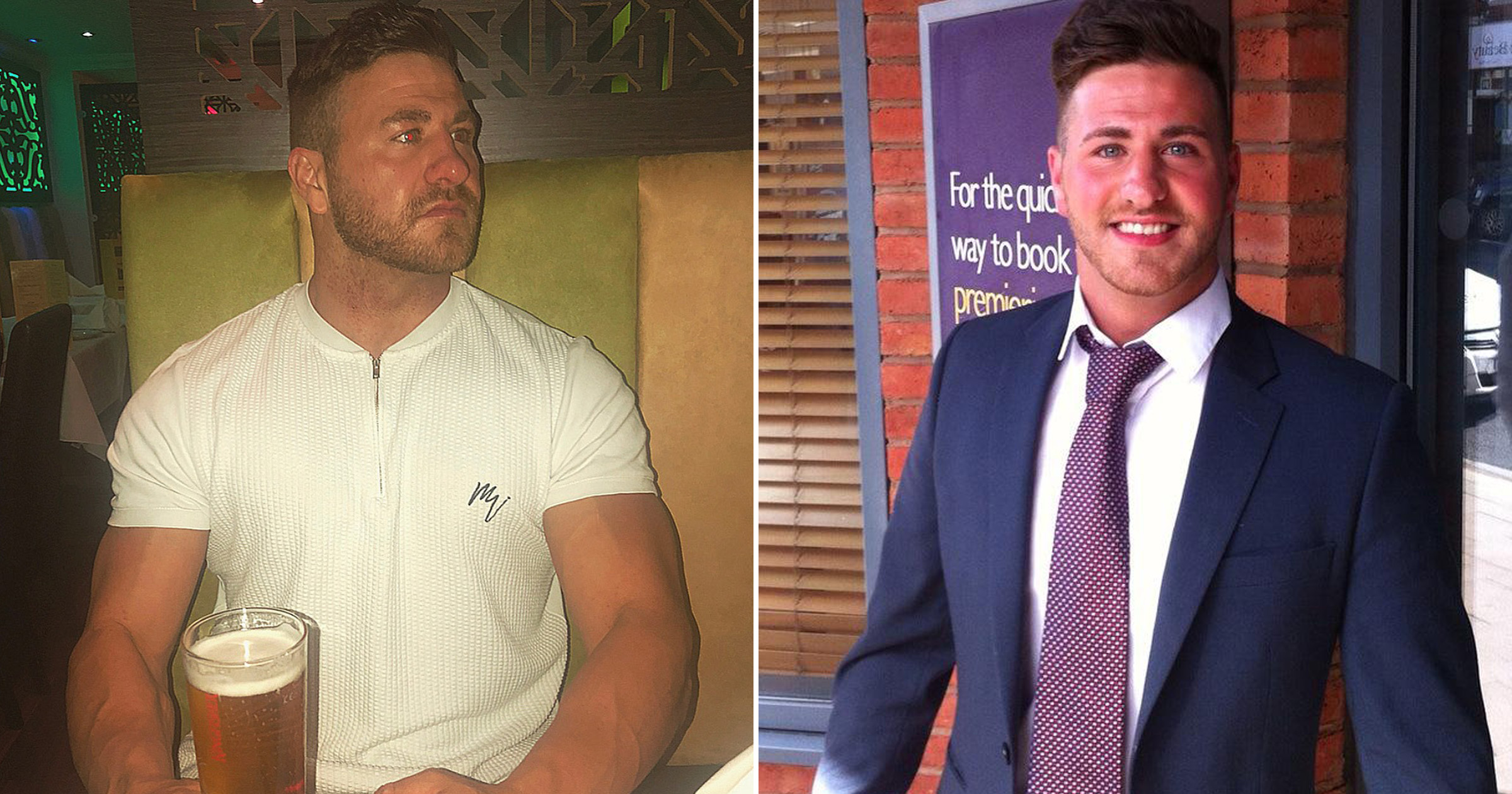 A personal trainer who slapped a woman’s bottom telling her, ‘You like that, didn’t you?’ has been jailed.

Often posting selfies on social media of him working out and lifting weights in the day, he would then binge on lager in the evening and cause fights in pubs across town.

Chester Magistrates Court heard the bodybuilder had already been banned from entering drinking establishments in Northwich and swearing in public following a string of drunken bust-ups when the incident happened.

But he repeatedly breached the Criminal Behaviour Orders (CBO) and in February, he was given a suspended sentence after he wandered into the Hart of Hartford pub whilst drunk and began accosting regulars.

Vincent Yip, prosecuting, told the court Howman got into trouble again last May after he got drunk and went to the Penny Black public house.

There, a young woman, who is in her early 20s, had been enjoying drinks with her friends.

‘It was about 5.30pm and the defendant was said to be in drink and began talking to the group of friends,’ Mr Yip said.

‘As the complainant and the friend get up to go to the toilet, Howman slapped her bottom.

‘Later on the defendant says to her, “You liked that, didn’t you”. The matter was reported to police and the defendant was spoken to the following morning about that.

‘The victim felt degraded at what happened. She is apprehensive when leaving the house and going to work.

‘She had to confide with friends regarding the incident. She thinks without their support she would have struggled to get through the period.’

There were also reports of a fight at the Bowling Green pub in June when police were called to Howman being drunk.

As officers went to arrest him, he ran away. After a short foot chase, they were forced to use an incapacitant spray on him to apprehend him.

Becky Hay, defending, said: ‘What Mr Howman tells me about the sexual assault is that everything was quite amicable during the evening.

‘He had been talking to the lady and her friends but he e does accept that when she got up he touched her bottom. I have seen the CCTV.

‘While you can see that contact is made, it’s not a full smack on the bottom. She does not appear at the time to react, as if upset or angry and indeed Howman says they continued to chat.

‘Maybe she has thought about it later and thought, “I am not standing for that” and rightly so, she has reported it to the police.

‘Howman never intended to upset this lady. He never intended for her to think that he was some sort of predator. Clearly it’s not his thing to go out and upset people in that manner.’

But the court was also told of another incident, where he drunkenly abused staff at a McDonald’s.

He told them, ‘Hurry up, you are bad at your job’ before swearing at them to ‘f**k off’.

When officers arrived at the fast-food spot, they found him asleep in the toilet.

Sentencing Howman, judicial officer Frances Miller told him: ‘You have a long record of criminal behavior, a long record of non-compliance with court orders, therefore this has passed the custody threshold.’

He was sentenced to 16 weeks behind bars after pleading guilty to sexual assault, being drunk and disorderly, cocaine possession, and obstructing a police officer.

He was also ordered to pay the victim £130 in compensation and sign on the Sex Offender Register for seven years.

Howman was made subject of a new five-year CBO, which bans him from being in the CW8 or CW9 postcodes with an open container of alcohol in his hand.

He is also banned from drinking in any public place in those areas and from entering any licensed premises including pubs, clubs, bars, cafes and restaurants, though he can enter supermarkets and off licenses.

The order further prohibits him from causing harassment alarm or distress, including by swearing in public or at the public, including emergency workers.

He must also follow the requirements asked of him by his supervisor at the Westminster Drug Project, based in Northwich.

A breach of the order can lead to a jail sentence of up to five years.