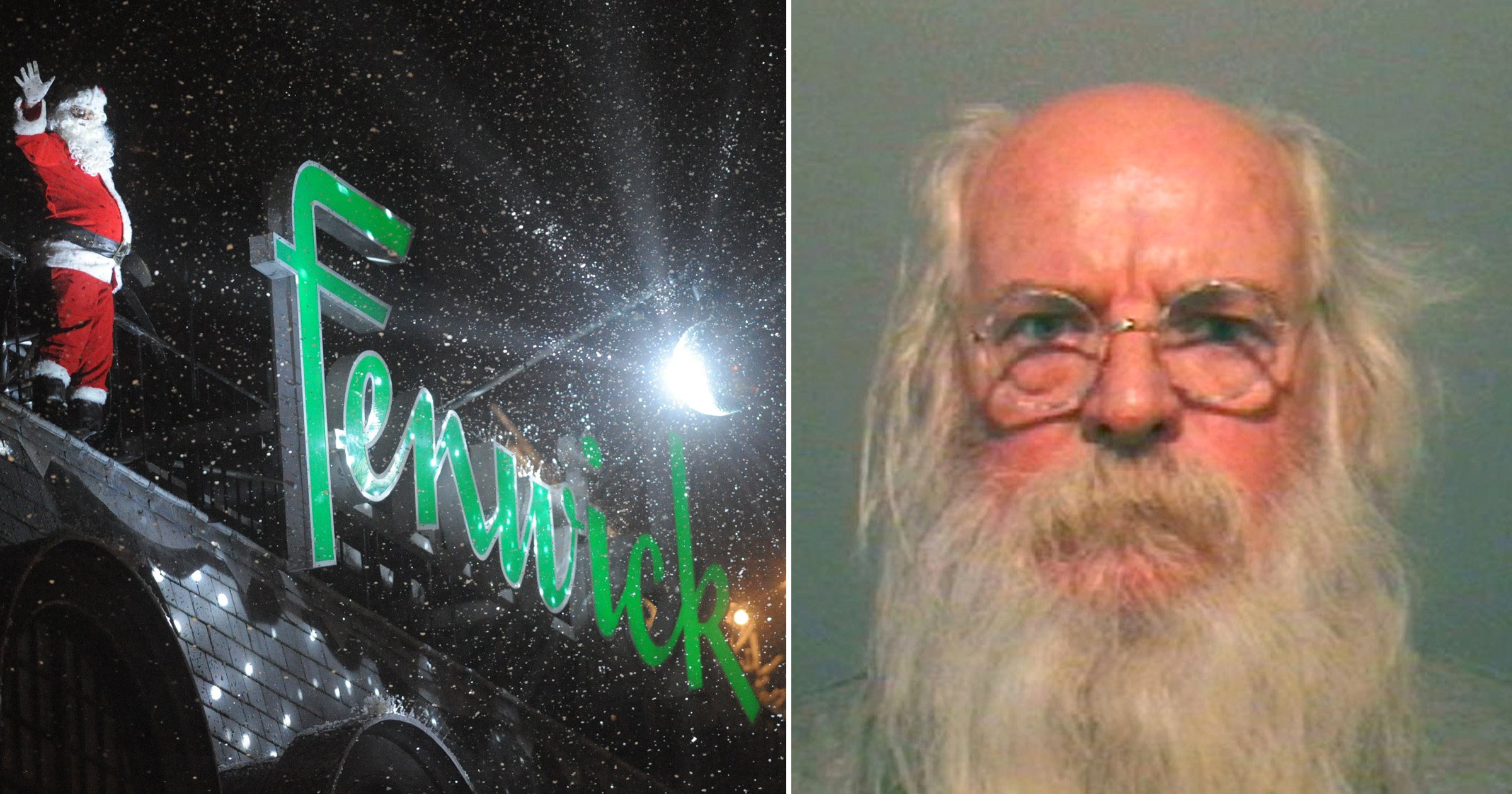 A sex pest who sexually assaulted two women while working as a Father Christmas impersonator had a Santa gig at one of the UK’s most popular department stores.

Raymond Finn, 71, was employed through an agency and worked at a variety of venues in Tyneside before he was arrested.

A court heard how he ‘smacked the bum’ of his first victim outside a pub in Gateshead and later tried to ‘force a chocolate bar into her mouth’ before pushing his groin into her on December 1, 2018.

On the same day day, he grabbed his second victim while on stage at a club in the same area and tried to pull his body against hers.

The assaults took place during Christmas parties, it has been reported. Finn was sacked when the assaults were reported to his agency, and police were notified.

The 71-year-old appears to still be advertising his services online, posing in full Santa regalia in one picture while claiming he ‘gets on well with people’ and has an enhanced DBS certificate.

Fenwick, which runs Newcastle’s biggest department store, confirmed that he was employed at the branch part-time over two Christmas periods before 2018.

The Northumberland Street branch is famous for its Christmas window display and tickets to meet Father Christmas there usually sell out in hours.

The company said anyone working at their stores are subject to robust screening procedures and has to meet additional standards and training requirements.

Finn, of Brentwood Avenue, Newbiggin-by-the-Sea, denied three counts of sexual assault but was found guilty by a jury and handed a four-month prison sentence, suspended for 18 months, earlier this month.

The judge added: ‘I can publicly state you’re the liar and they are not the
liars because that is the determination of the jury.’

Police said he had shown no remorse, and thanked his victims for ‘speaking out’.

The 71-year-old was also handed a seven-year Sexual Harm Prevention Order (SHPO) and will also have to sign the sex offenders register for a period of seven years.