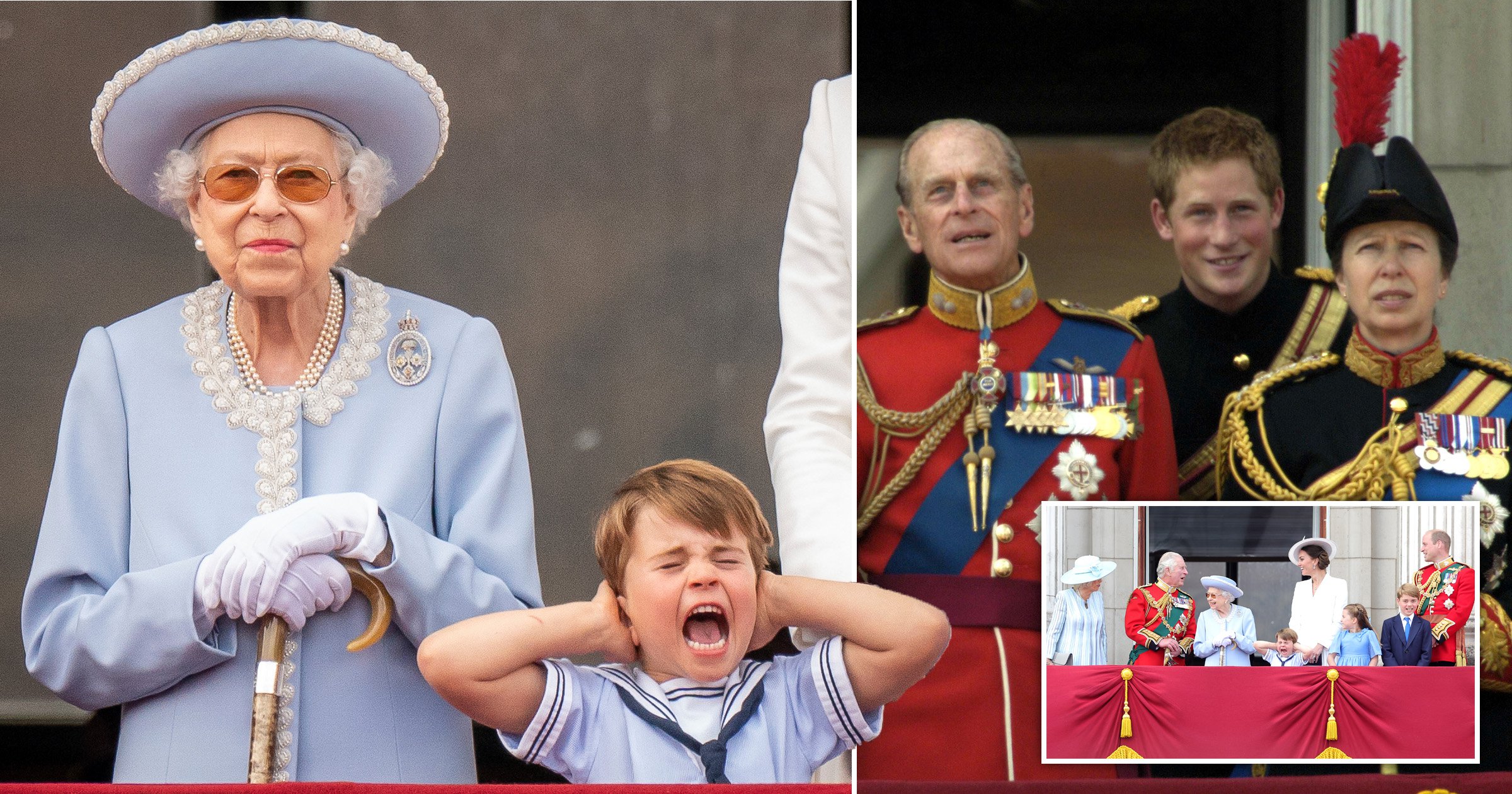 The Queen looked jubilant as ever on the balcony of Buckingham Palace during today’s Trooping the Colour parade.

It was an extra special ceremony, as it coincides with her Platinum Jubilee marking her 70 year reign as Britain’s monarch.

Her Majesty was surrounded by working royals on a bright and sunny day as they watched soldiers and horses parade and a flypast of the RAF Red Arrows.

Throughout the years some iconic shots have been taken on the palace balcony, where the Queen traditionally greets the public from afar.

This year was no exception, with some cheeky snaps of her great-grandson Louis, four, stealing the show in his adorable sailor outfit.

He pulled off an impressive array of funny faces on the palace balcony and even saluted the crowd at the end of the Trooping the Colour parade.

However, we’re not sure if it tops the moment in 2006 when Prince Philip appeared to break wind during the Queen’s 80th birthday bash.

No one really knows what it was about for sure, but Prince Charles struggled to keep a straight face.

Meanwhile Harry couldn’t control his laughter and at one point had to hide his face, while the Duke of Edinburgh – the main culprit – had a knowing smirk on his face.

The Queen kept a stoic look on her face the whole time as if this was a situation she’d encountered all too often.

Here are some other highlights from the Buckingham Palace balcony