Phillip Schofield’s smiling picture has seemingly disappeared from We Buy Any Car’s social media pages as the presenter faces backlash for appearing to skip the queue to see the Queen lying in state. The This Morning star has been affiliated with the company since 2019, regularly featuring in commercials across social media and on television and radio. But his picture has now disappeared from the site, instead being switched to a shot showing a happy family.

The large picture at the forefront of the business’ social media pages once showed Phillip laughing with a woman outside a We Buy Any Car office.

But it was swapped yesterday to show a mum and a dad with their children alongside the firm’s logo.

However, his images haven’t completely disappeared from the site, as pictures of the presenter appear further down the page.

Phillip, alongside his co-host Holly Willoughby, has faced backlash after footage emerged of the pair appearing to skip the queue as they visited Westminster Hall to see the Queen lying in state. 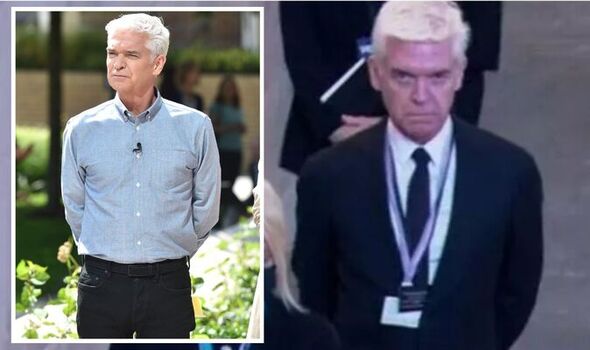 Since the scandal, people have mocked up ads for “We Jump Any Queue” in wake of the row.

The company’s public image has been heavily built around Phillip’s presence, with the website reading: “At webuyanycar, we live by one simple rule: be more like Phillip Schofield. The man, the myth, the legend – Phil is the most loved man in the UK, if not the world …unofficially…and that’s when we realised. The Schofinator genuinely is our spirit animal.”

The This Morning hosts have insisted they did nothing wrong, with spokesmen for the show claiming the pair visited as “press”.

They were spotted at Westminster Hall last Friday, ahead of the Queen’s funeral on Monday. 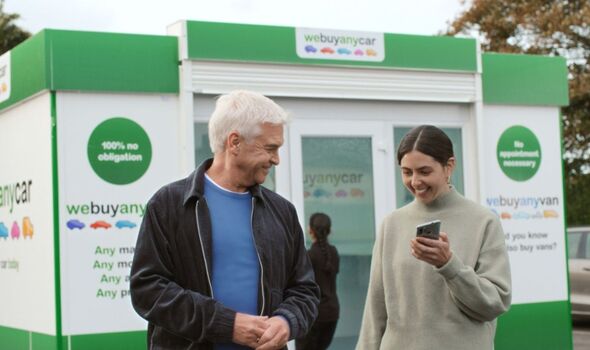 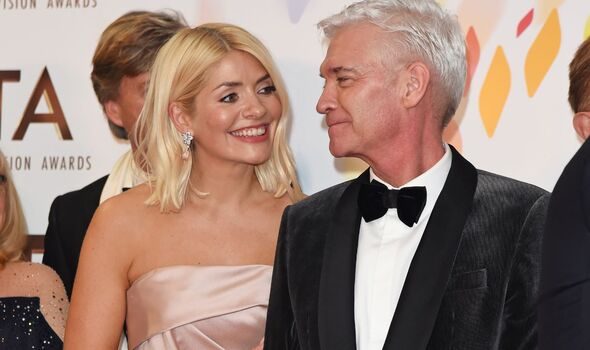 In a pre-recorded film shown on Tuesday’s show, Holly said: “Like hundreds of accredited broadcasters and journalists we were given official permission to access the hall. It was strictly for the purpose of reporting on the event for millions of people in the UK who have not been able to visit Westminster Hall in person.

“The rules were that we would be quickly escorted around the edges to a platform at the back. In contrast, those paying respect walked along a carpeted area beside the coffin and were given time to pause.

“However, we realise that it may have looked like something else, and therefore totally understand the reaction. Please know that we would never jump a queue.”

DON’T MISS:
Jason Manford in row as he brands Holly and Phil queue drama ‘silly’ [COMMENT]
Amanda Holden in thinly-veiled ‘queue jump’ jibe at Holly and Phillip [INSIGHT]
Holly and Phil ‘supported’ by ITV as more calls for hosts to be axed [PICTURES] 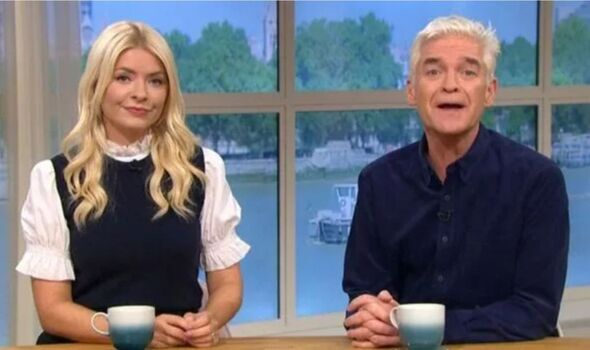 However, Holly’s statement seemed to spark further outrage, with many calling for the presenters to be “sacked”.

One angry viewer set up a petition to have the duo removed from This Morning.

So far, the petition, which originally had a goal of 5,000 signatures, has surpassed 60,000 signatories.

Some have stepped in to defend the presnters, including Piers Morgan.