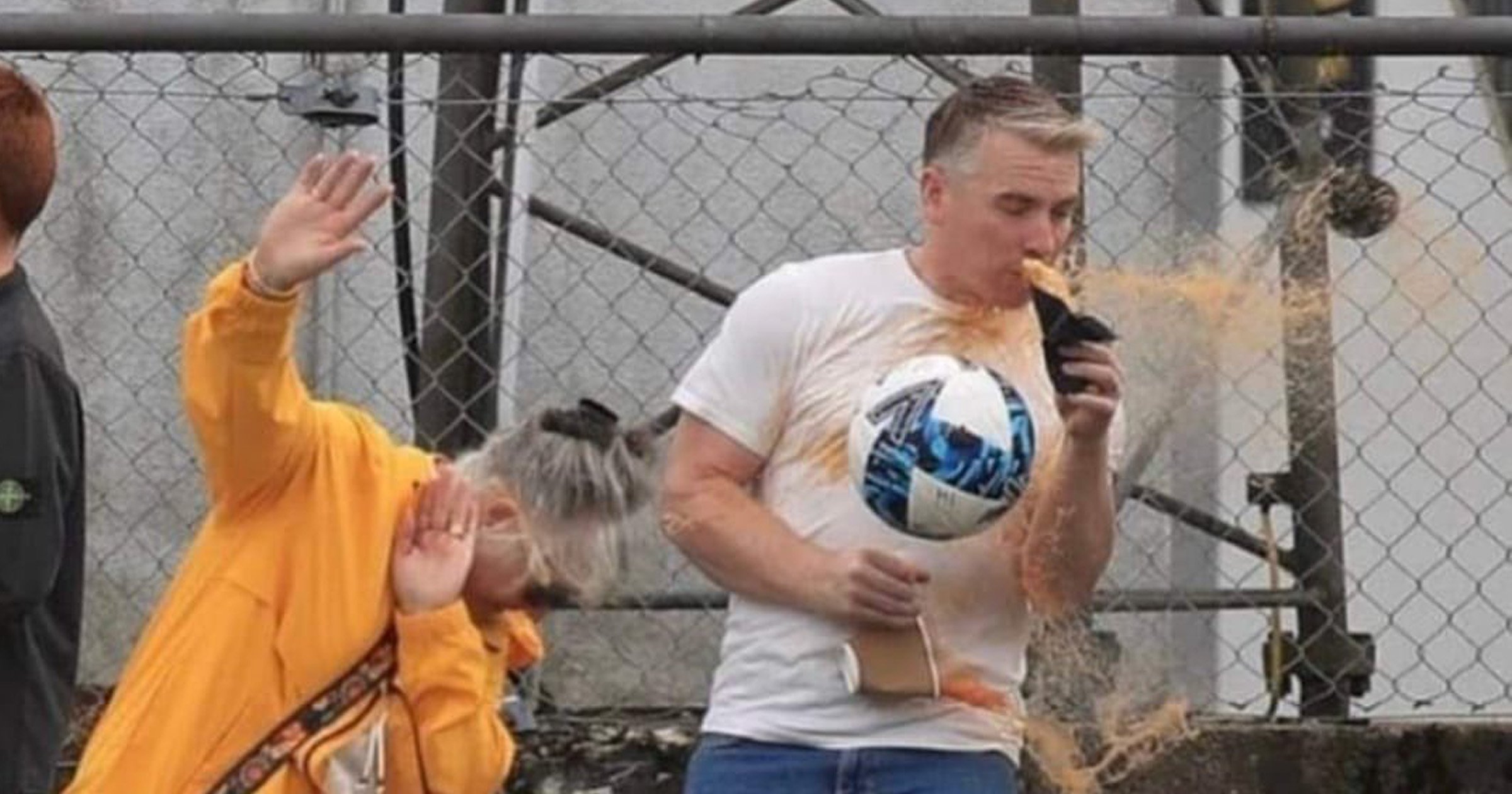 Could this be the greatest photograph ever taken at a football match?

It perfectly captures the moment Elgin City fan Kevin Russell was struck by a ball during Saturday’s match against Queen of the South.

He valiantly holds on to his sausage roll while his cup of soup is sent flying through the air – and all over his white T-shirt.

Completing the dramatic scene is a woman who fans said appeared to be ‘dabbing’ – or mimicking that meme of Canadian rapper Drake.

The iconic shot was taken by Queen of the South photographer Colin Johnstone and has since gone viral.

Even Scottish Professional Football League’s ball supplier Mitre joined in on the fun, tweeting: ‘Happy to have played a part.’

Fellow fan Lewis MacNeacail posted: ‘He is, heroically, refusing to give up eating. Hero.’

Arguably the best picture ever taken at a football match. ð¸ â½ï¸

We would love to know the name of this supporter so he can get some free refreshments at our next match ð ð¥§ pic.twitter.com/01oAzPo5CQ

Another wrote: ‘Took me a minute to work out what was happening here. I thought he was being sick because, to start with I didn’t see the ball! Thought it was the logo on his tee shirt.’

In a dig at the woman next to Kevin, a fan posted: ‘Poor goalkeeping from the lady. Routine palm away stops that IMO.’

Rob Alban added: ‘Not sure that’s an appropriate time to dab. Perhaps stopping the ball would have helped him.’

Noticing that a fan was down one cup of soup and had a ruined T-shirt, Elgin City Football Club appealed to track him down.

It tweeted: ‘Arguably the best picture ever taken at a football match. We would love to know the name of this supporter so he can get some free refreshments at our next match.’

Elgin City lost 2-0 in their home game against Queen of the South in the Group Stage of the Scottish League Cup, the Press and Journal reports.

The Borough Briggs side will next play this Saturday at home against East Fife as they open their League Two season.