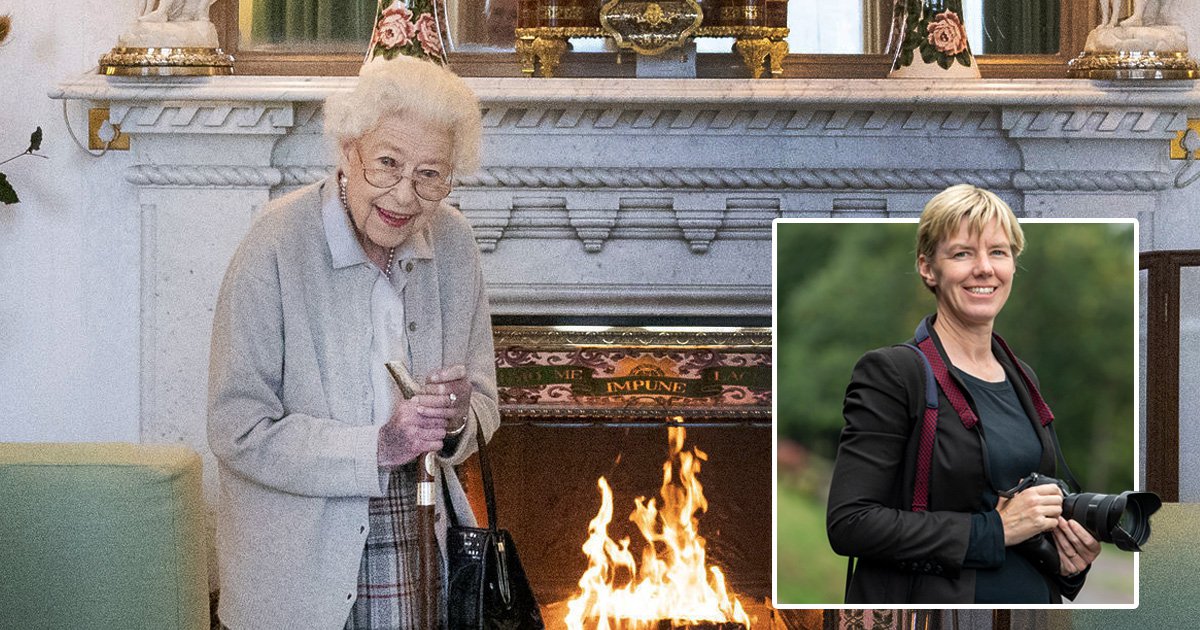 The Queen seemed frail but smiley and in ‘good spirits’ before the last public picture of her was taken, the woman behind the camera has said.

Photographer Jane Barlow, who captured images of the Queen meeting Liz Truss at Balmoral, explained that the late Elizabeth II had seemed very happy and in a good mood, two days before she died.

Jane, who works for the PA news agency, was sent to the Queen’s Highland retreat to capture the moment when the monarch met the new prime minister.

The 96-year-old formally appointed Truss to her new role following the resignation of Boris Johnson and posed for pictures.

As she waited for the new Conservative party leader to arrive, Jane took pictures of her and exchanged a few pleasantries.

Jane explained: ‘Just prior to the new prime minister arriving in the room I just had a few moments with her majesty and that’s when I got that picture.

‘When I came into the room… she was very smiley and then moved across the room into position and there was a wee while while we had to wait for Liz Truss to be announced.

‘So during that short time she did just comment on the weather, on how dark it seemed outside… she seemed in very good spirits.

When Truss was formally announced and came into the room, Jane explained that the Queen ‘greeted her with a big smile’.

With the Queen and the new Prime Minister in conversation, Jane was ushered out of the room.

But the snapper said that since then she has ‘had so many lovely comments about the picture’.

It shows the monarch smiling next to an open fire and sofas.

Jane added: ‘It’s a real privilege to be able to take that picture, an honour and a privilege. It’s like that for a lot of our job.

‘I was there to photograph her meeting the new Prime Minister but for me the best picture was the one of the Queen on her own. And it has obviously become more significant now.’

Speaking about the Queen added: ‘She certainly did look more frail than when I photographed her in the summer.

‘When she came up for Holyrood Week at the time they were telling me she would do one, perhaps two engagements, but she did quite a lot that week.’

Jane had taken pictures of the Queen that week holding audiences with Nicola Sturgeon and Holyrood Presiding Officer Alison Johnstone, and as she took part in a number of official engagements, including the Ceremony of the Keys.