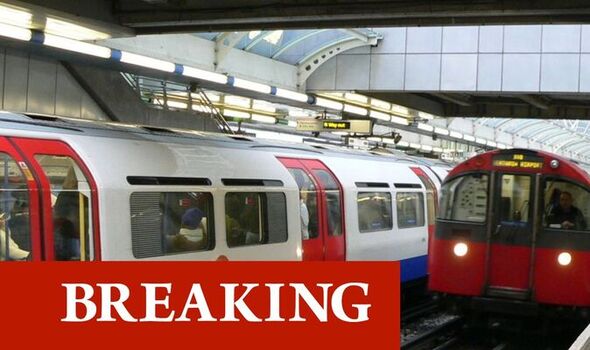 The A40 is closed in west London and the Piccadilly Line has been suspended in the area following the crash.

Police add that they are likely to remained closed for a “considerable period of time”.

The incident involved a Range Rover and a Tesla – with the former ending up off the road as a result of the incident.

The emergency services were called to the collision at 3.48am this morning.

A female occupant of the Range Rover died at the scene despite the responder’s best efforts.

The Metropolitan Police report that the Range Rover had “left the road and gone onto the railway line” as a result of the collision.

A woman, who is believed to have been with the stationary Tesla, was treated for injuries that have been assessed as non life-threatening.

Meanwhile, a male and female occupant of the Range Rover were treated at the scene by paramedics.

They have now been taken to hospital, and police await an update on their conditions.

Cordons have been put in place at the scene with commuters advised to avoid using these routes.

It occurred on the A40 westbound near Park Royal Underground Station.

London Live report that the Piccadilly line is closed between Acton Town and Uxbridge.

Long queues of traffic are now forming from Savoy Circus to Gypsy Corner, where the road is closed.

Queues have also been reported from Wood Lane, while the A40 is experiencing delays into town from Hanger Lane.

According to BBC Radio London Travel, the roads in Park Royal are congested.