Readers can celebrate England’s Euro 2022 glory by grabbing a 48-page special magazine to mark the moment Sarina Wiegman’s side defeated Germany in extra time. The souvenir magazine features all of the action from the final, including celebration pictures and a look back at the Lionesses’ road to Wembley glory.

It also contains a wallchart from the tournament, as well as plenty of statistics and facts from the championship.

The magazine costs just £3 and is available to pre-order here.

England emerged victorious against the eight-time continental champions after substitute Chloe Kelly tucked away a loose ball from a corner to send Wembley’s record-breaking 87,192 crowd into a frenzy with just ten minutes of extra time remaining.

The match was forced to go beyond 90 minutes after Bayern Munich’s Lina Magull equalised from a driven cross in the 79th minute. 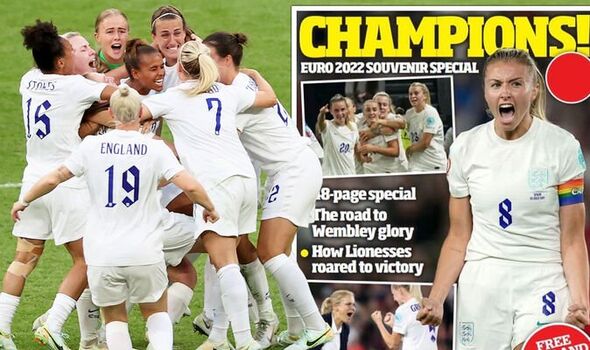 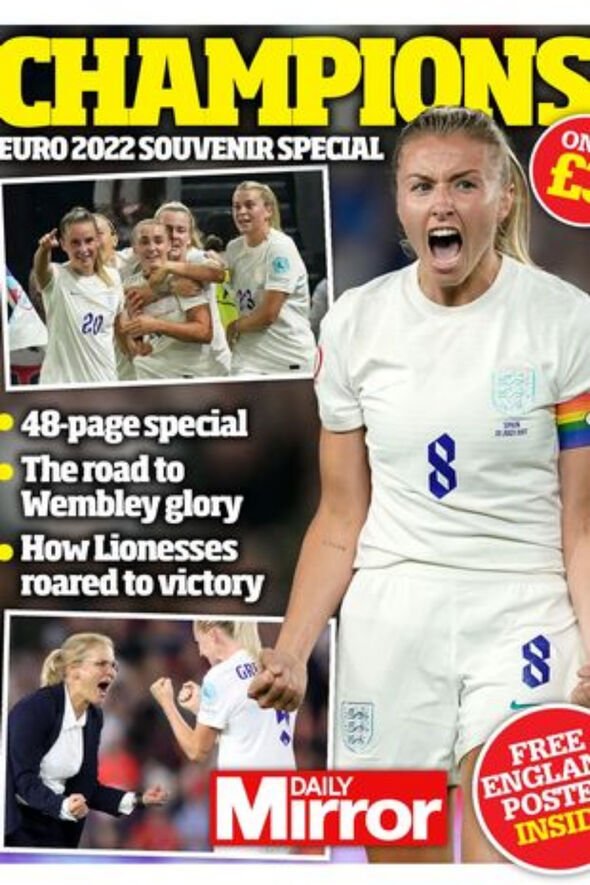 Ella Toone, who moved to Manchester United in 2018 after a stint at rivals Manchester City, broke the deadlock in the 62nd minute with a sublime chip.

The Lionesses’ triumph comes just 13 years after England suffered a 6-2 loss to Germany in the 2009 European Championships in Finland.

Arsenal’s Beth Mead ended the tournament alongside Germany captain Alexandra Popp as the joint-top goalscorer after finding the back of the net six times. 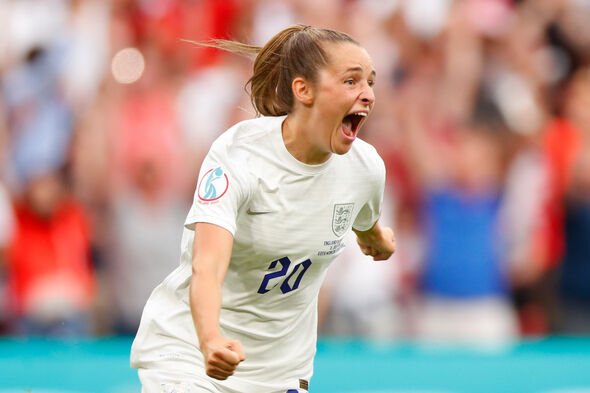 However, Beth Mead managed to win the Golden Boot after the former Sunderland forward made five assists.

The Lionesses celebrated their triumph by storming into the post-match press conference while singing the chorus of Baddiel, Skinner & Lightning Seeds’ football anthem Three Lions.

Prince William, who was made President of the Football Association in 2006, hailed England’s heroines following their “sensational” victory.

The Duke of Cambridge said: “An incredible win Lionesses and the whole nation couldn’t be prouder of you all.

“Wonderful to see history in the making tonight at Wembley, congratulations! W.” 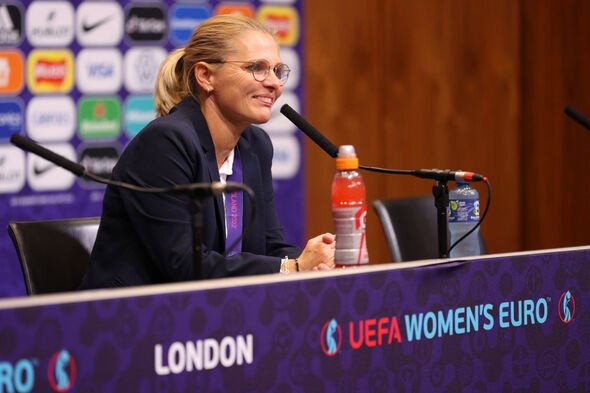 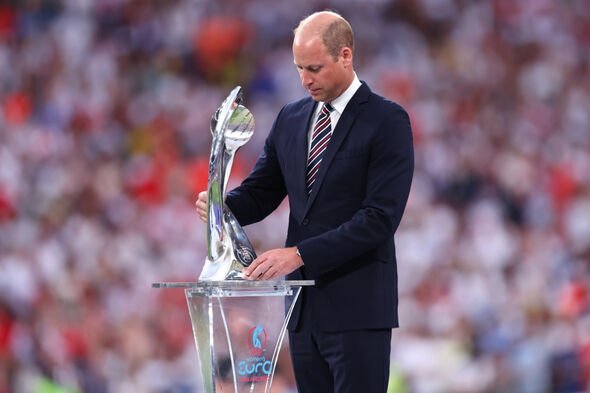 The Queen also lauded the Lionesses after they defeated Germany.

The monarch’s message read: “My warmest congratulations, and those of my family, go to you all on winning the European Women’s Football Championships.

“It is a significant achievement for the entire team, including your support staff.

“The Championships and your performance in them have rightly won praise.

“However, your success goes far beyond the trophy you have so deservedly earned.”