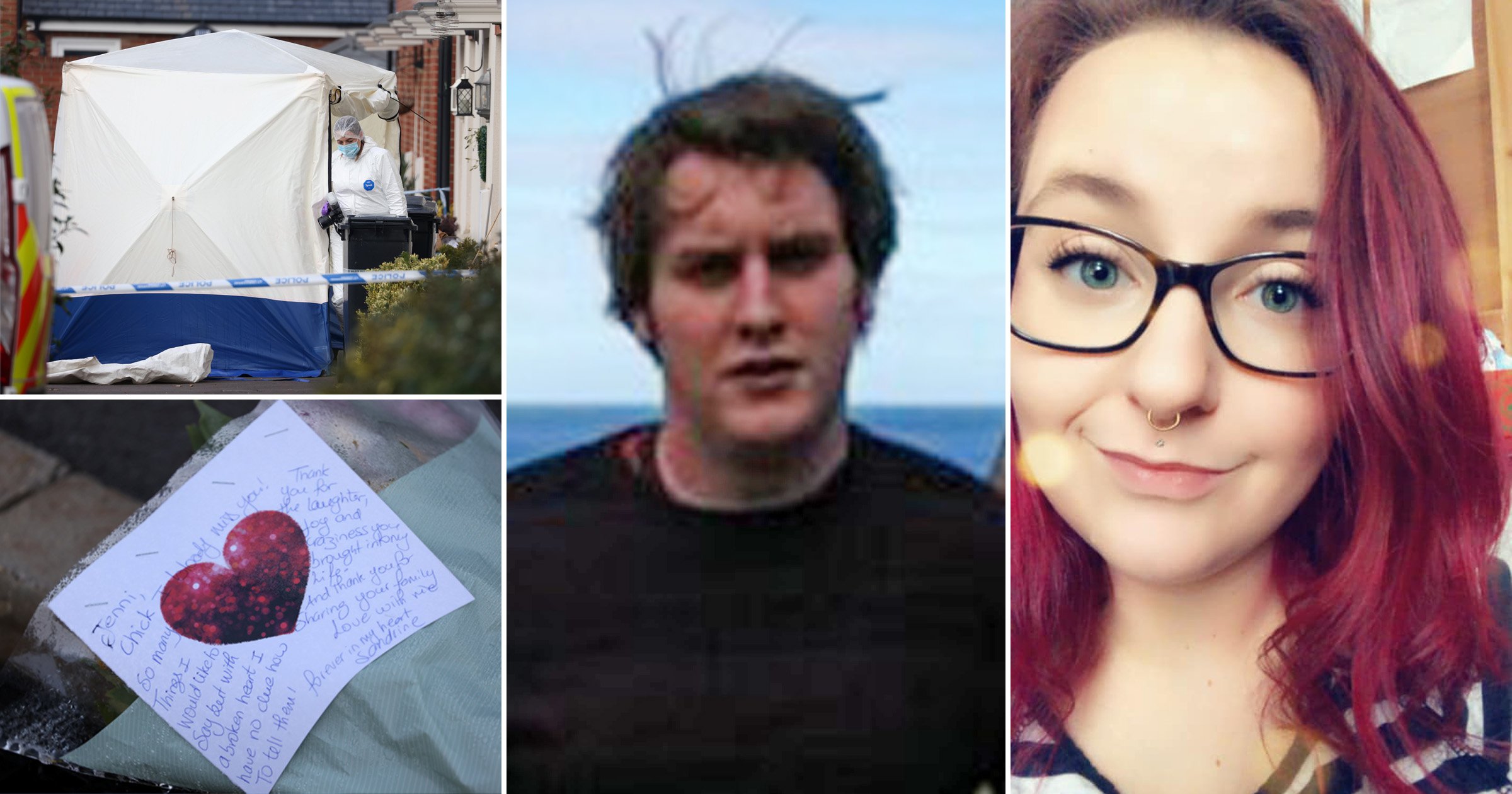 Tributes have poured in for a ‘very friendly’ couple who were killed at their home with their young children upstairs amid an alleged row over parking.

‘Dedicated mother’ Jenny Chapple, 33, and her husband Stephen, 36, have been pictured for the first time.

The pair were found at the property on a new-build estate in the quiet Somerset village of Norton Fitzwarren, near Taunton, on Sunday night.

They are understood to have two young boys, aged four and seven.

Police have not confirmed the parents’ identities, but the victims have been named by locals.

Stephen is believed to have taught IT at a local school and his wife worked at a coffee shop in the Otter Garden Centre.

Rob Brooks, manager of the garden centre, told MailOnline: ‘She was a well loved member of staff and a very kind person.

‘We all loved her and so did the customers. We are devastated.

‘We will remember her as a beautiful, kind and dedicated mother and colleague. This has hit us all very hard and it feels very raw.’

Mr Brooks said that Jenny had been working at the garden centre since the start of the year.

He added: ‘Stephen and the kids would sometimes come in and we got to know them too. They were a really close knit, loving family.

‘There’s a lot of speculation going around that this was a neighbourly dispute but I don’t want to get into any of that right now.’

Police confirmed two children were in the house at the time the couple were killed.

Two men, aged 34 and 67, have been arrested on suspicion of murder, though it is understood the older man has been released under investigation.

Avon and Somerset Police said the incident would be referred to the police watchdog due to ‘prior police contact with those involved’.

Residents from the Dragons Rise estate said it was a quiet neighbourhood but there had been disagreements in the past about parking.

Detective inspector Neil Meade said: ‘Two young children were inside the property at the time of the incident and while thankfully they weren’t hurt, they are understandably distressed at what has happened.

‘They are being looked after and specially trained officers have been deployed to support the victim’s families in what is undoubtedly the most difficult of times. We will carry out a full and thorough investigation and we will do all we can to achieve justice for the victims’ families.

‘While this appears to be an isolated incident, there will be increased police activity in the area to provide the community with reassurance.’

A formal identification process and post-mortem examinations to determine the causes of death are expected in due course.

An Avon and Somerset police spokesman said: ‘Due to prior police contact with those involved a voluntary referral will be made to the Independent Office for Police Conduct. It would be inappropriate to go into further detail until the referral has been considered.’