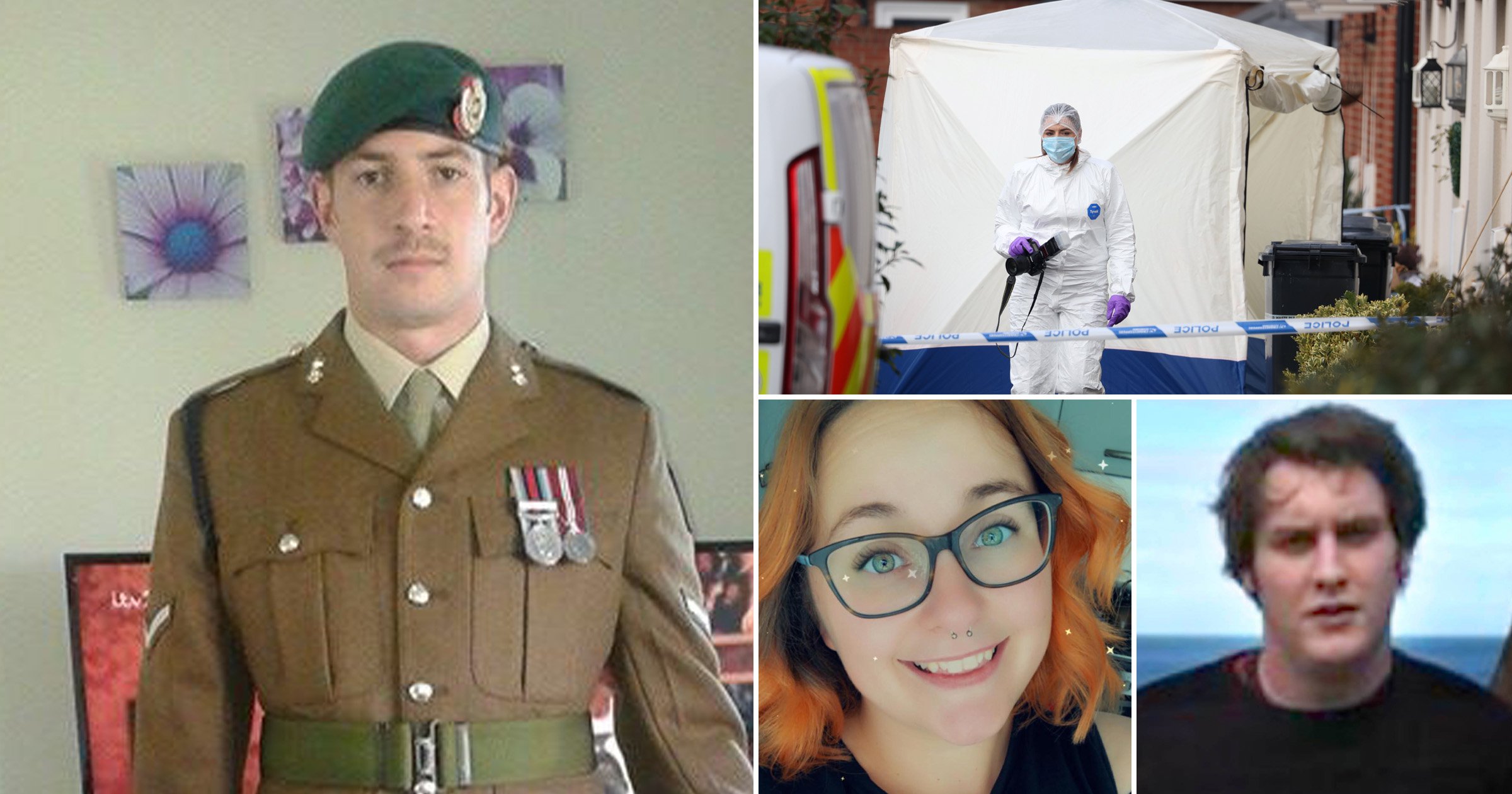 The ex-soldier and father-of-two arrested on suspicion of murdering a married couple while their children were asleep upstairs has been pictured.

Former commando Royal Engineer Colin Reeves, 34, lived next door to IT teacher Stephen Chapple, 36, and his wife Jenny, 33, who worked at a garden centre.

The couple were found with serious injuries and pronounced dead at the scene at their home in a new build estate in Norton Fitzwarren, near Taunton, at around 9.45pm on Sunday.

They had previously been involved in rows about parking with a neighbour, nearby residents said.

Police said the post-mortem examination into her husband’s cause of death remains ongoing.

Their two young sons, aged five and six, were found asleep upstairs following the incident and were unhurt but ‘distressed’, police said.

Mr Chapple taught computing at the nearby West Somerset College, while his wife worked in customer services at a garden centre.

He said: ‘Steve was a fantastic colleague at West Somerset College, a brilliant teacher that cared deeply about the students in his care.

‘He led innovations in the use of technology across the school as well as within his own teaching.

‘Steve will be sadly missed by all staff and students and our thoughts and prayers go out to his children and wider family at this time.’

Rob Brooks, manager of the Otter garden centre where Jenny worked, told the Mirror: ‘It’s still raw at the moment for all the staff.”As a centre, our hearts go out to those children that are left behind.

‘She was a well-loved and respected member of the team.

‘She was a lovely, kind-hearted lady and a devoted mother.’

Reeves remains in custody and magistrates have granted an extension to the custody time limit.

Police also arrested an older man, 67, on Sunday who has since been released under investigation.

Due to prior contact with the couple, Avon and Somerset Police has referred itself to the Independent Office for Police Conduct (IOPC).

Senior investigating officer Detective Inspector Neil Meade said: ‘What happened to Stephen and Jennifer is utterly heart-breaking and I can’t begin to imagine the impact their deaths will have on their two children.

‘Family liaison officers are supporting both families and keeping them updated on the progress of our investigation.

‘I appreciate there is significant interest in what happened and I’d ask people not to speculate and to think about the impact it may have on the families.’

He added: ‘This is a tragic incident which has shocked the community and neighbourhood officers are patrolling the area to provide reassurance. Should anyone have any concerns about what happened I’d encourage them to talk to them.’