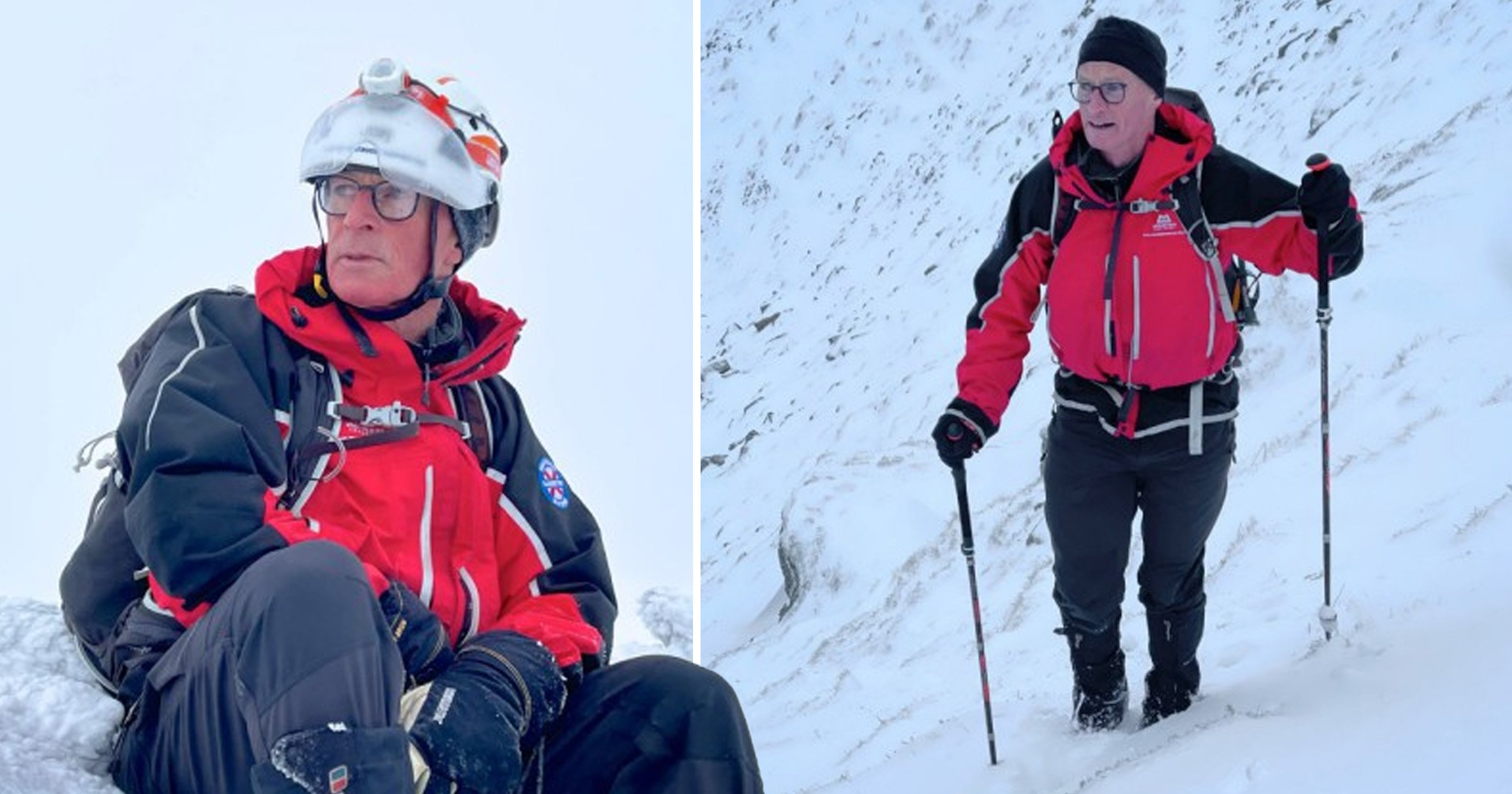 A fundraiser has been launched for a mountain rescuer left with life-changing injuries after attempting to save two men who went camping in lockdown.

One of the campers, who had driven from Liverpool and Leicester, had suffered chest pains while on Red Screes near Lake Windermere, which sparked an emergency response.

Mr Lewis remains in intensive care after falling down a steep slope during the rescue, and colleagues say he will need support for the rest of his life.

His colleague Mike Blakey, from Lake District Search and Mountain Rescue, told the BBC: ‘I’ve done this for 25 years, I can honestly say this was the worst rescue.

‘I’ve seen some things in my time but you never expect to have to rescue one of your own.

‘He’s having conversations with me already about where we are going to go in the wheelchair.’

The camper with chest pains – who has since been discharged from hospital – and his friend have been widely criticised after they broke national coronavirus lockdown rules to go to the Lake District.

But Martin Cotterell from the rescue team said volunteers ‘are not there to judge’.

He said: ‘We are there to help. We all love the fells, we are all mountaineers, we go out there because we think we can help people in difficulty. Trying to judge is wrong.’

The campers were each fined £200 by Cumbria Police for breaching the restrictions.

Colleagues and friends have since launched a fundraiser to help provide Mr Lewis with the support he will need after he leaves hospital.

The JustGiving page reads: ‘Chris is one of 40 volunteers in Patterdale Mountain Rescue Team, from all walks of life and a wide range of ages.

‘The team typically responds to approximately 70 incidents a year, usually, but not always, with less tragic consequences.

‘The severity of Chris’s injuries cannot be overstated and he will need significant support for the rest of his life.’

The UK has reported another 345 coronavirus deaths and 8,523 new cases, while more than 19 million people have now had their first vaccine dose.…

Chancellor Rishi Sunak’s wife – one of Britain’s wealthiest women – is said to have claimed up to £100,000 from the coronavirus furlough scheme for…