The brother of the former Labour leader, who is a prominent Covid denier and previously branded the pandemic a “psychological operation”, used the event to boost his bid to be elected London mayor. The 74-year-old, who was fined £10,000 for organising an anti-lockdown protest last year, was pictured speaking to a small crowd in Hyde Park corner.

Police moved in to disperse a group of around 500 people while the conspiracy theorist was addressing them, arresting about six, Sky News said.

Holding placards such as “Fear Westmonster not the virus” and “Stop destroying our kids’ lives”, they then marched towards Trafalgar Square and the Houses of Parliament.

Meanwhile Mr Fox, who is also launching a bid to oust Sadiq Khan in May’s mayoral election with his Reclaim Party, also posted videos of himself among protestors.

Among numerous tweets of the march, the 42-year-old wrote: “If you are not allowed to protest peacefully, you do not live in a democracy.” 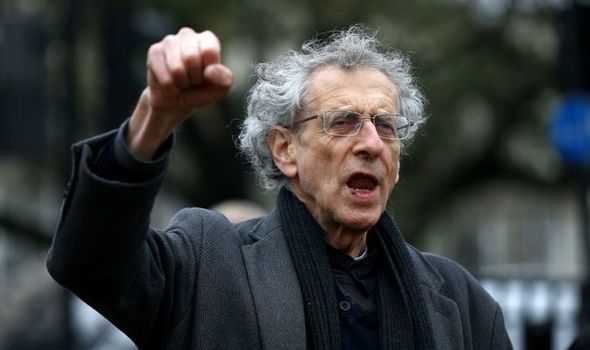 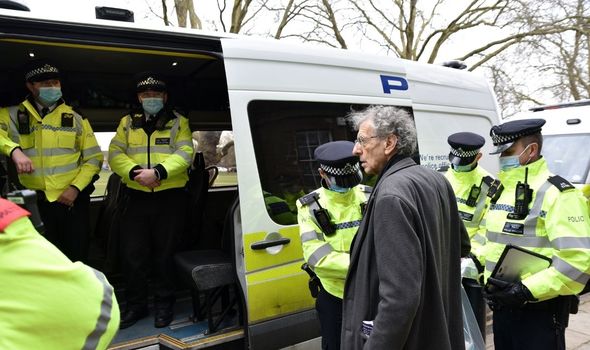 “We are perfectly poised to get ahead at this crucial time. Our liberty is not your property.”

The protests came as more than 60 MPs signed a letter addressed to Priti Patel warning about the implications of the controversial Police, Crime, Sentencing and Courts Bill.

Civil liberties campaigns groups including Liberty and Big Brother Watch are also opposing the bill – which will give police in England and Wales more power to impose conditions on non-violent protests, including those deemed too noisy or a nuisance. 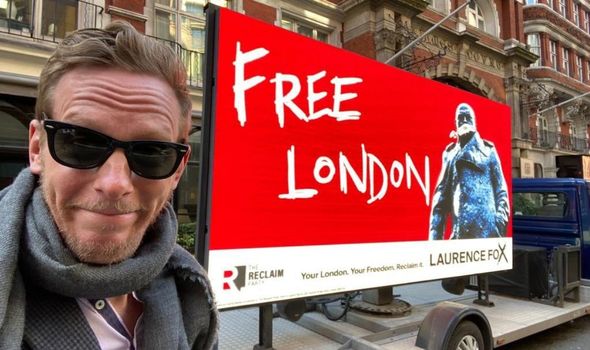 The letter warned that allowing the police to criminalise people for protesting “is not acceptable and is arguably not lawful”.

Protests were also held in cities and towns across the UK – some reportedly to mark a year since the first lockdown.

The Met Police warned people that they risked arrest if they attended.

That didn’t stop thousands turning up, with things quickly turning violent in the capital. 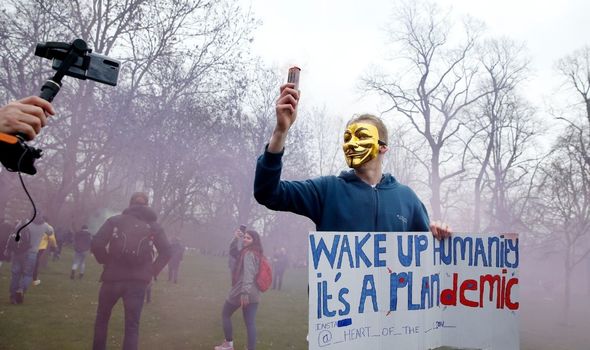 Officers pulled protesters down to the ground and cuffed them while other demonstrators shouted “shame on you”.

And as thousands marched through Hyde Park some set off flares and waved signs that read: “Fear Westminster not the virus”.

Many opposing the Home Secretary’s legislation used the hashtag #KillTheBill on social media and held placards with the slogan.

This afternoon the Met tweeted: “Met officers are engaging with those gathering around Piccadilly and other areas of central London to protest, explaining that we remain in a public health crisis and urging people to disperse or go home.”

Ahead of the marches, it said it was aware of several protests planned for Saturday in breach of lockdown rules banning gatherings of more than two people from different households.

The force said a “significant policing operation” would be in place in central London throughout the day. 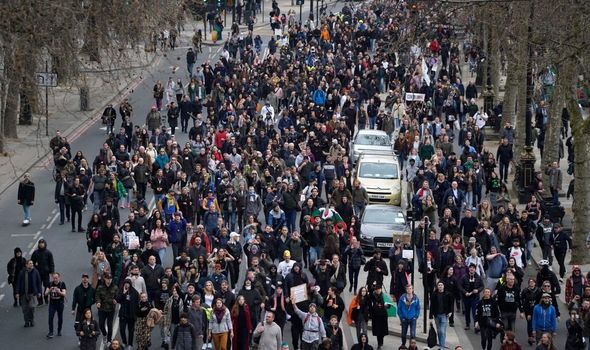 It added: “Those gathering will be encouraged to return home, if they do not, they face necessary and proportionate enforcement action.

“This could be a fixed penalty notice, or arrest.”

Referring to the protests planned for this weekend, Deputy Assistant Commissioner Laurence Taylor, said: “The Met is committed to working with groups who wish to assemble to protest or for other purposes.

“But these are not normal times.”

He added: “People who gather as part of the protest risk the health of Londoners.

“That is why we have a policing plan in place to disperse crowds and where necessary, take proportionate enforcement action.

“This will not just be organisers of the protests but participants too – by now everyone knows their part to play in stopping the spread of the virus and thousands have sacrificed much over the last 12 months to do so.”

The Met came under fire for its heavy-handed policing of a vigil on Clapham Common last Saturday in memory of Sarah Everard, who was abducted and murdered while walking home.

It led to calls for Met chief Cressida Dick to resign – something she has vowed not to do.

A serving police officer has been charged with the 33-year-old’s death.